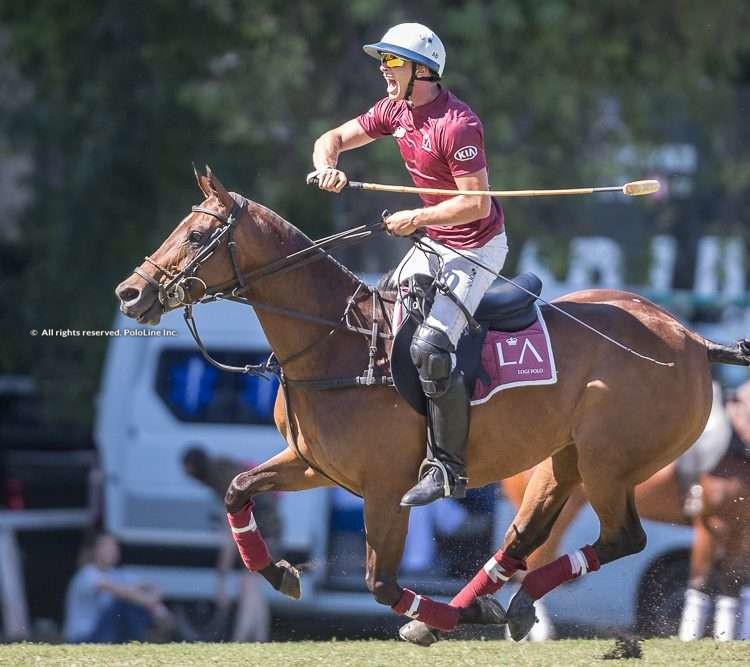 With the division of the high goal competitions in Wellington, this US season is sure to mark a turning point in the history of the sport in America. On one hand stands the 22-goal Gauntlet of Polo Series, hosted by the USPA; on the other, the 26-goal World Polo League, organised by Grand Champions and Valiente. The latter competition kicks off on Thursday with the All Star Challenge, and Alfredo Bigatti is one of the players set to compete.

“My expectations are high,” shares Bigatti. “This is my first time playing in the US, and I am going to play with a good organisation, so I am very happy. I join Negro Novillo Astrada, who I have been playing with for a while. I haven’t played in the US before, but from the number of teams signed up for both tournaments, I am sure that it will be a very competitive season.”

The Aguada man is set to play for Flexjet (24 goals) alongside Melissa Ganzi, Alejandro Novillo Astrada and Pablo Spinacci. “Playing with Negro is an advantage,” continues Bigatti. “We get on well and have been playing in Argentina together for the past two years. It is positive that we have experience playing together.”

Also competing in the World Polo League will be the four superstars that make up La Dolfina—playing separately of course. “I am not sure how well we will do this season, we will have to see how well organised the other teams are,” says Bigatti. “I am not taking any horses, but the team is fun and we are going to put up a good fight.”

After his second consecutive season playing the Argentine Open with La Aguada, the Chascomús local began 2019 winning the Snow Polo World Cup in St Moritz, also with Melissa Ganzi and Alejandro Novillo Astrada. “Playing in St Moritz was a lot of fun,” shared Bigatti. “It was the first time I played in the snow, and we were able to win, so it was great. It was fantastic playing out there.”

Referring to his experience in the Argentine Open, La Aguada’s number 2 shares: “Being able to play the Open the last two years was incredible, it is everything you aspire to do as a polo player. Playing is one dream—and winning it is another.”

Before replacing Eduardo Novillo Astrada in La Aguada in 2017, Bigatti had been impressing abroad, especially in England. Today, his commitment to La Aguada is very strong. “I feel very comfortable playing in La Aguada,” he tells. “I am slowly getting used to this polo, and I am learning every day. I am going to continue playing with them in Argentina; they gave me the chance to play at this level so I am going to do everything I can for them. I think that the AAP’s new Professional League is going to be great; it is important to try new things, and then the pros and cons can be analysed.”

After this intense American season (the World Polo League is scheduled to finish on April 14), Alfredo Bigatti will head back to Argentina to regroup, before travelling to England, where he faces another challenge: the high-goal with Emlor, alongside Spencer McCarthy, Fred Mannix and Tincho Merlos. As if that wasn’t enough, Bigatti will also be playing the medium goal with Bardon.

Back in 2017, when Bigatti was first starting out in the Argentine Triple Crown, he arrived at La Aguada alongside Juano Britos to play in the Municipalidad del Pilar Cup and the Cámara de Diputados Cup. That year, Britos and Bigatti had played together for Park Place in England, where they dominated the medium goal. They said that together they had a better chance of reaching their objectives in polo. In 2018, Britos joined La Ensenada, and was undoubtedly one of the best players of the Argentine Season. Bigatti and Britos had established a bond, but for professional reasons and due to the path their careers were taking, they had to go their separate ways. “Juan and I started playing together four years ago, but we had to start playing separately for other reasons. I am not surprised by how well he is doing, I know what he is capable of and I have faith that he will do very well. I am very happy for him, and I am sure that we will play together again.”

Lastly, Bigatti, who has recently been named Outstanding Personality of Chascomús, concludes: “My organisation in Argentina is good, it is growing. I am buying horses and breeding; I am lucky to have Eduardo Novillo Astrada’s support when it comes to horses, and that helps me a lot. I am learning, and I have my sight fixed ahead.”