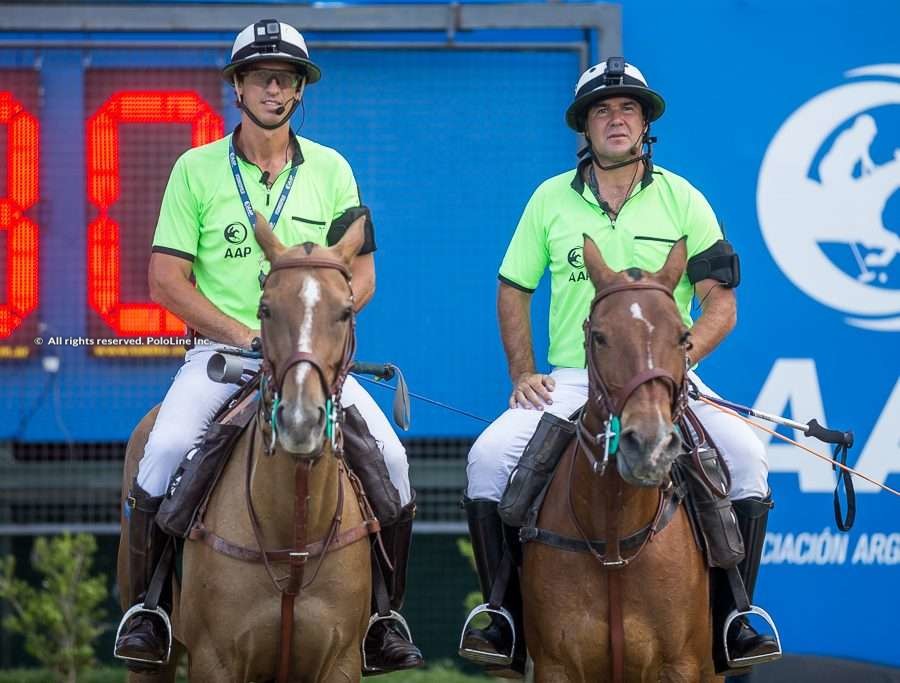 Those trusted to impart justice speak before the final

On Saturday, there will be ten protagonists on the field in the final of the 126° Argentine Open. As well as the four La Dolfina players and the four Ellerstina players, we have to include the umpires, the two men chosen to impart justice on the big day: Guillermo Villanueva, who will direct his third final at Palermo (he was on the field in 2018 and acted as third man in 2017), and Gaston Lucero, who will be overseeing his first Argentine Open final.

“It is an honour that the AAP has trusted me to umpire the most important final in the world,” shares Villanueva. “Gastón, Martin [Pascual, the third man], and I will have to work as a team to oversee the final correctly. The responsibility falls on the team.”

Alongside Villanueva will be Gastón Lucero, who at 39 years of age will be overseeing his first Argentine Open final. “I am very happy to have been chosen to direct the most important final in the world. It is a huge responsibility. Since I began umpiring seven years ago, it has been my objective to make it to this final.”

While these men will be in charge of umpiring the final, the truth is that their aim is to go almost unnoticed. For that to happen, they need the players to cooperate, so that the match flows as fairly as possible. “We have been working hard all season, with psychologists, going over matches and plays every week,” tells Villanueva. “We have also had medical check ups. We have to go out there fully focused and rely on the system that Marcos Aldao has coordinated.”

Lucero supports this line of thinking, assuring: “We have been preparing for this for two years thanks to the plan proposed by the AAP, which includes a sports psychologist, match and play analysis, medical check up and personal training. One the day of the final one has to be well rested and very concentrated.”

Lastly, one of the most discussed topics of the Argentine Open in terms of umpiring has been the language, both sign and verbal, used by the umpires, since the microphones are open during every match. “The feedback we have received about the signs and the microphones has been great,” concludes Villanueva. “Viewers like hearing us explain the fouls, and it really simplifies things. From then on, everyone has a right to agree or disagree, but now there are no doubts about what was blown. It was a huge step for us, and there was a lot of work involved learning the appropriate language for live television.”