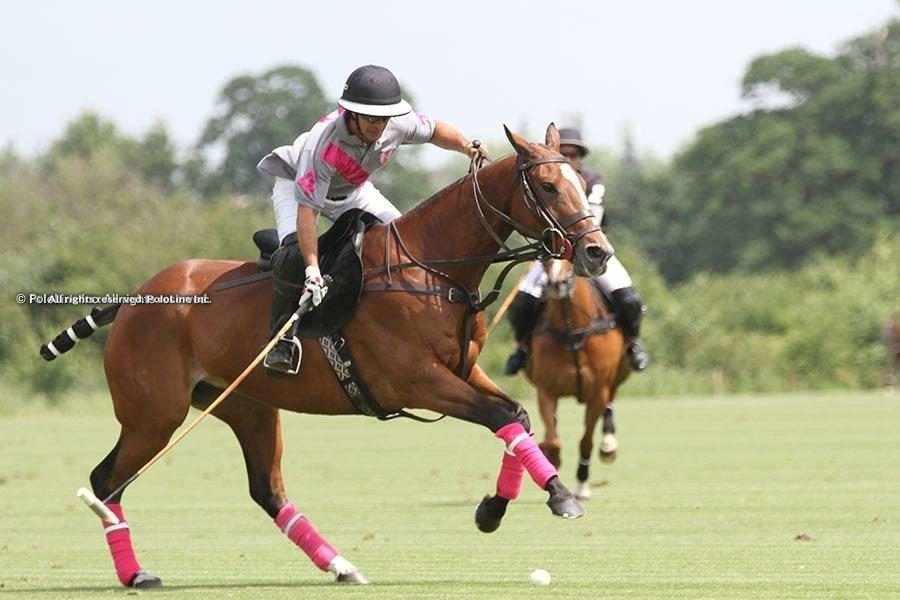 “This is now the hardest part—you lose and you’re out.”

Alejandro Muzzio is one of the most experienced players among those competing in the English season this year. He has played many medium and high goal tournaments, and for the last two years he has been representing Talandracas—the organisation led by Edouard Carmignac and his son, Hughes—in the high goal.

Talandracas got off to a good start this season. They completed the group stages of the Queen’s Cup undefeated and they now await their next challenge: a quarterfinal match against Scone (Saturday 11am). They began the tournament beating La Bamba de Areco and UAE; they then faced Park Place in what was a fierce battle. Andrey Borodin’s Park Place once again boasts 10-goal superstar Hilario Ulloa, and a very talented Juan Britos. They had a spectacular season last year, qualifying for the final of the Queen’s Cup, and they are out to prove that this year’s trophy should be theirs. Their loss against Talandracas was a heavy blow.

“The match against Park Place was a strange one,” says Muzzio, who in 2018 represented La Aguada in the Argentine Open. “They started off very well, then we improved and managed to win the chukka, they nearly caught up to us… It was anybody’s game. We have to be more concentrated so as not to have those low chukkas, because this is now the hardest part, you lose and you’re out.”

Talandracas has a competitive trio of players this year, with Francisco Elizalde and Julián de Lusarreta supporting Muzzio. “It’s a fun team,” says Ale. “We can give anybody a run for their money. We are all well mounted and we compliment each other well, which is very important if the team is to work.”

A good relationship between players, both on and off the field, is fundamental. “I am having a great time, the guys are a lot of fun, and we have a laugh on both sides of the boards,” continues Muzzio. “Negro and I were not able to play the whole season together last year, so it is as if all three of us are starting anew together, which is what we wanted to do last year. We are starting to find the right style of play. My teammates are in a great place, so I hope that together we can work to get a result.”

Talandracas, a French organisation, has participated in the English high goal for sixteen consecutive years. They have reached many finals, and in 2011 they claimed the Queen’s Cup after winning the title on a very rainy day. Muzzio shares that Talandracas’ secret is to “take each match as it comes, focusing as much as possible, carrying out previously discussed tactics, and sticking to a style of play that suits us. We are doing well so far. We would be surprised if we won the Queen’s Cup! But that is what we are aiming for and working towards.”

Can you tell us more about Carmignac’s organisation?

Edouard is letting Huguito play more. Due to work commitments, Huguito cannot spend the whole season in England, be it playing or at the practices, so he comes when he can and when we play; he doesn’t play practices. Talandracas is a great organisation, it is very solid. Huguito has sixteen horses for himself, and sometimes, when he does not play, he lends us one or two horses each. Edouard is very happy with his horses. Talandracas is a fantastic organisation—hopefully it will continue and last for many years to come.

This year’s Queen’s Cup is one of the most competitive yet, with twelve teams looking for glory. “There are so many great teams,” says Muzzio. “This first stage helped us prime our horses. The new teams are shaping up, and there are many surprises.”

Talandracas is already preparing for their quarterfinal clash with Scone. “This is when you cannot lose focus,” concludes Muzzio. “We have not been very lucky in our previous two quarterfinals. Last year we met Valiente in the Queen’s Cup, and then we faced La Bamba de Areco in the Gold Cup. Hopefully we can change our luck against Scone.”