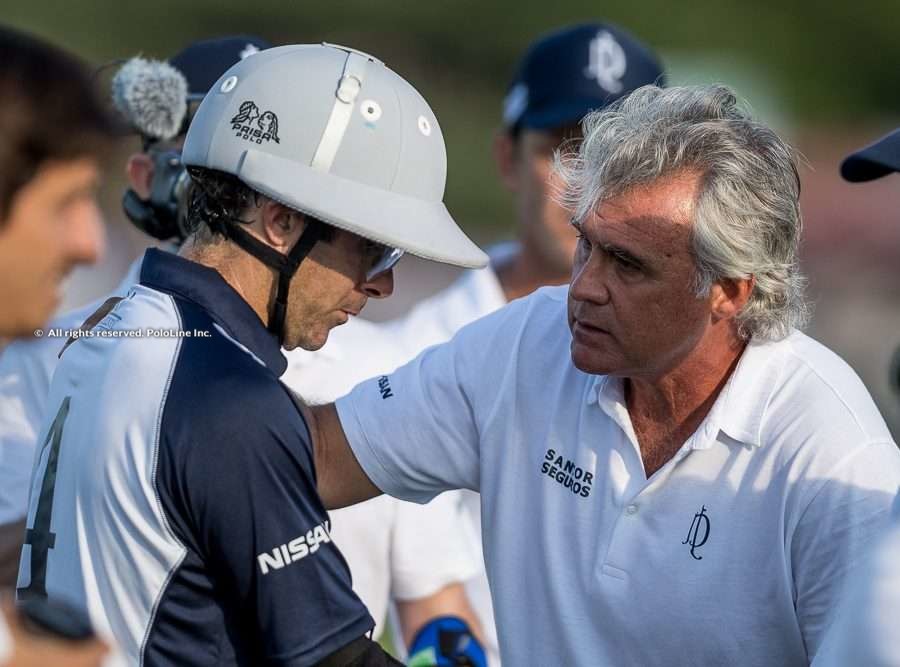 Milo Fernandez Araujo has accomplished pretty much everything in polo: he reached 10 goals in Argentina, won the Argentine Open 3 times playing for Indios Chapaleufu II, won the Queen’s Cup, and so much more. In recent years, however, he has become known as the ultimate coach.

He took charge of La Dolfina in the Argentine Triple Crown in 2013, and led the Cañuelas based foursome to six Argentine Open titles, six Tortugas Open titles, and three Hurlingham Open titles. Most poignantly, the team became the first organisation to ever win the Triple Crown for three years in a row (2013-2015).

Milo spoke to PoloLine TV during the English season, while working for Monterosso. Among other statements, he said:

“I never thought about being a coach, but when they [La Dolfina] invited me to fill that role, I saw it as a great opportunity to make history.”

“The role of a coach is important if you really take it seriously as a coaching role, and not just something for the day of the game. There are a lot of things you have to learn and study about to make a team stronger, and to keep them growing as a group, too.”

“I think that Eduardo [Heguy], Pepe [Heguy] and I all share the same notion of polo – that is should just be simple.”

“You have to say the right thing at the right time, and not too much either.”