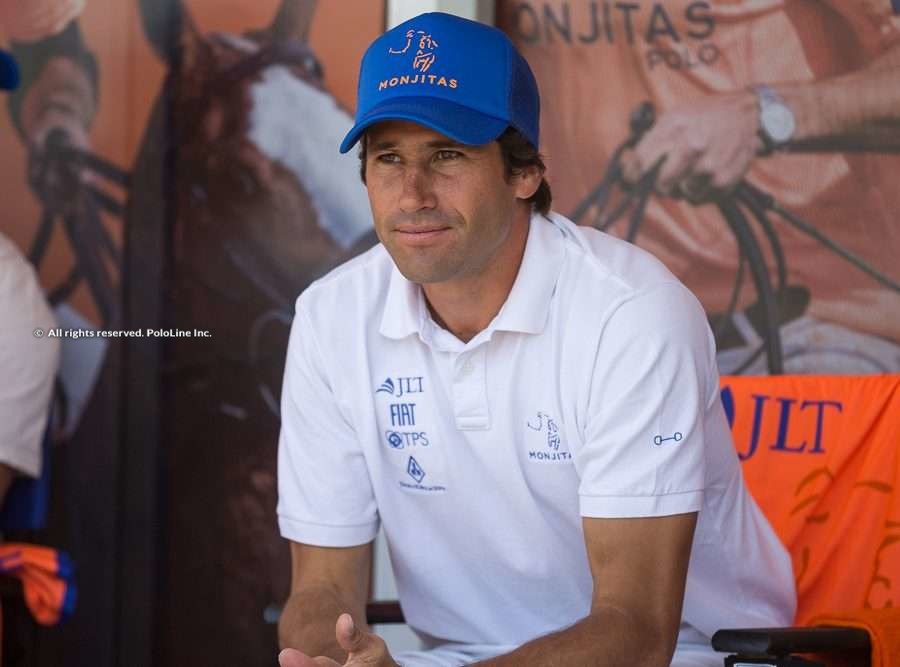 Las Monjitas have qualified for the semifinals of the CV Whitney Cup, their debut tournament in the US this year, after a great start to the Gauntlet of Polo series, with two victories out of two matches. The organisation chose not to participate in IPC’s 20-goal competitions, deciding instead to start the season at the club’s highest level: the 22-goal. This year Las Monjitas have a secret weapon in Hilario Ulloa, who after joining the organisation for the 2018 Argentine Triple Crown, teamed up with Camilo Bautista for the Gauntlet of polo.

“A new year always brings new challenges,” says Ulloa from Wellington, USA. “This is my first season with Las Monjitas in Palm Beach, so I am very excited and motivated. We tried to put together the best string possible, and we built a fun team.”

“The 22-goal team is strong, we are well-mounted and well-organised,” he continues. “I was excited to compete at a 22-goal level with this team. Our expectations are high, Las Monjitas is a great organisation, and the aim is to win one of the three tournaments.”

While Ulloa has been consistently competing in the US, this is not the case for Camilo Bautista, who now returns to America after a couple of years to fight for the US Open. “Camilo is doing well, he is excited and, as always, with a positive attitude,” says the 10-goaler. “It is a huge honour for me to be in an organisation like Las Monjitas.”

The 2019 season in the States is sure to be a turning point in our sport, one which perhaps we will only really feel the impact of a few years down the line. This is because of the division of the high-goal. After the USPA announced, in September 2017, that they would lower the handicap of the 26-goal series to 22-goals, Grand Champions and Valiente joined forced to build a private league to continue playing at a 26-goal level. On the subject, Ulloa states: “The USPA’s move to lower the 26-goal was possibly the best decision made in the US in the last ten years, and that can be seen reflected in the quantity and quality of teams playing the 22-goal. I don’t think sixteen teams have been registered to play a 22-goal tournament abroad for ten or even fifteen years, not even in tournaments in Argentina, like the Ellerstina Gold Cup or the Copa America. I think this will be the most important and competitive season of all; having sixteen 22-goal teams competing is something special.”

It is also worth highlighting the quality of players that are partaking in the Gauntlet of Polo, 10-goal players like Facundo Pieres, Polito Pieres, Nico Pieres, Sapo Caset, and the aforementioned Hilario Ulloa, as well as leading players such as Gonzalito Pieres, and Santiago Toccalino, to name a few. “I think there are several favourites, many strong organisations, like Pilot, Park Place, Tonkawa,” shares the Lincoln local. “But I think we will be able to judge who the serious candidates are after a few more matches have been played, and after the CV Whitney.”

While Ulloa’s focus is on the season in the States, it is impossible to not talk about the Argentine Season just past, where Las Monjitas qualified for the final of the Argentine Open, a historic moment for the organisation. The final was Ulloa’s second, having made it with Alegria back in 2013. “The season in Argentina has left me feeling bittersweet,” tells Ulloa. “On one hand, I am very happy to have joined this new team and form a part of this organisation. I think the result was very positive—making it to the final of Palermo was a huge achievement for Las Monjitas. But obviously the aim of the team as a whole, and the players individually, is to win Palermo, or one of the Triple Crown tournaments. We worked really hard for that, and our objective is to win. We are going to do everything possible to make our goal a reality.”

Hilario Ulloa concludes with a thought about what is to come, one of the most important moments of the 2019 international polo circuit, a tournament that he won in 2018. “The US Open might be the best patron based tournament of the year,” he says. “Playing the US Open with sixteen teams, with organisations like Pilot, Tonkawa, Park Place, Coca-Cola, is unique and it is sure to be very competitive.”