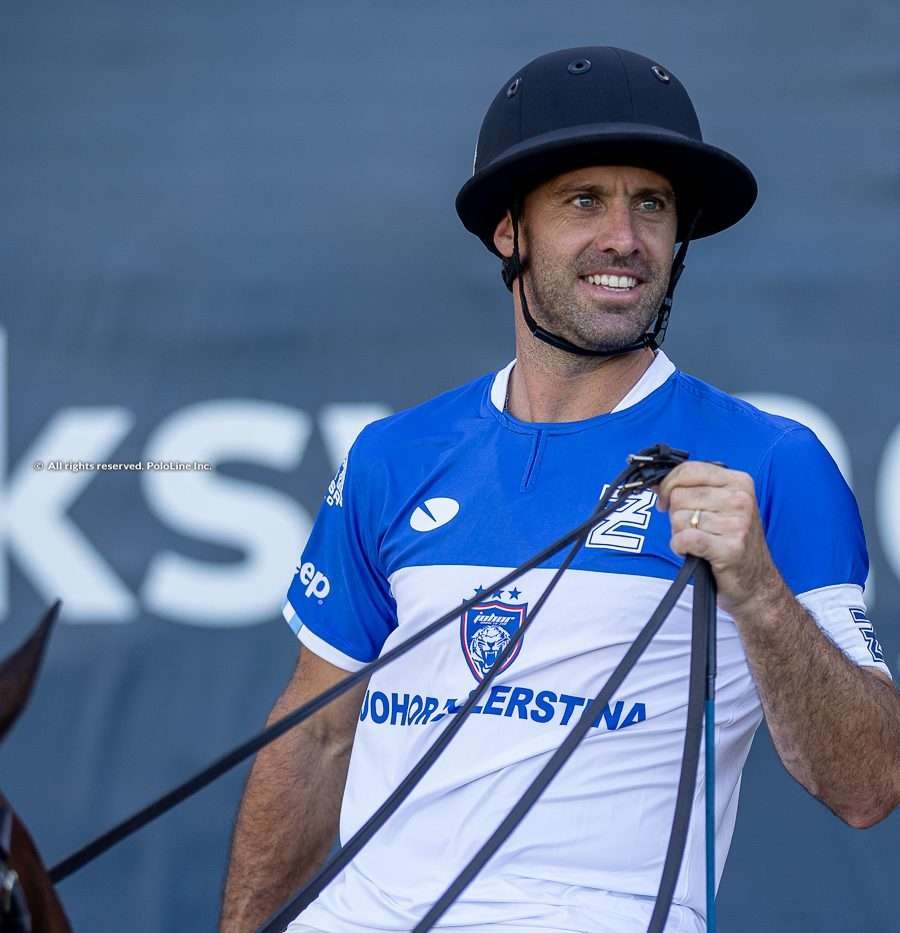 Ellerstina are the current title holders of the Tortugas Open, not once but twice; they claimed the first leg of the Triple Crown in 2019 and 2020. And it is worth noting that the 2021 lineup is the same that the one in 2020. And their ace of spades is, of course, Facundo Pieres, currently one of the most dominant players within the international circuit. But he is in good company with Ellerstina, indeed – his two brothers and Hilario Ulloa.

“We are very well trained, very much looking forward to the season, and we have plenty of horses; we have a horse base from last year, but we added some more this year. I think polo is based on an average of 60% and 70% on horses, so it is very important to be very well mounted. With regards to the team, we feel good, we are very motivated. This is our second year with Hilario; and everything is positive, we enjoy a lot, we had a very good time last year, on and off the field. Now, we have to repeat it, make the team work as well as last year and improve”, Facundo Pieres points out.

They are due to make their debut at Tortugas against Alegria, in the latter comeback to the Triple Crown after three years. And despite Ellerstina are the clear favourites, Facundo Pieres states that “I don’t believe that we will be at our best in the first match of the Tortugas Open; nor us neither the horses. Hilario is the driving force of this team; he and Gonzalito make the team work very well in midfield. We are very happy to have hired Hilario, on and off the field. He inspires us to push forward always. And yes, we are very much looking forward to winning this year”.

After two years, Héctor Guerrero will remain as Ellerstina’s coach once again, while Pablo Erbin will contribute with the physical aspects of the players. But they also hired people who helped them in terms of mood, with the idea to allow them to focus on each game. “We started to use a method of concentration last year: I mean, we sleep together the night before and watch videos together with the team, along with Héctor Guerrero, Pablo Erbín, Santi Garrahan, and some friends; we play truco (NR: a game of cards), eat, talk and have a good time. And it works, we like it. It ‘s mostly aimed to be focused on the match from the day before. We also had Santiago Lange with us, who helped us a lot, as well as Sandra Rossi, who works with River Plate football team. We are open to everything that helps us to improve and get better”, says Ellerstina’s forwarder.

-How do you particulary feel for the upcoming Triple Cown?

I feel good, very motivated. And what I do feel is that everything is in my head, I mean to be motivated, encouraged. To be honest, I feel I am super motivated, the only thing I have in my head is to win Palermo, to win Palermo with this team. And if you are motivated on that goal, you can do it. Then you have to play and see how do you feel inside the field. But right now, before the start, I feel good.

-What can you say about the Ellerstina’s league for Palermo?

I think it is difficult to make a statement before playing or to say who’s the favourite. At this moment, I think there are four teams, the fifth is La Ensenada and the sixth La Dolfina Brava; all of them are very good teams. We must wait and see, how they play and their horses work. With regards to Palermo, we have to play against La Dolfina, La Ensenada, La Irenita and one from the qualification. I was asked today if I wanted to play against La Dolfina, La Natividad; and I don’t care, because the two of them are really good and I don’t know who will work better. The same with Murus Sanctus. All of them are good, and we are not able to say anything until we start playing.

Last but not least, with regards to the horses due to play the 2021 Triple Crown, he says: “I haven’t brought horses from abroad this year; I have the same base of horses I had already in Argentina last year. We added some new mares of the Ellerstina breed, as well as mares we tried abroad, from other breeders. We will hire everything that works for our team”.