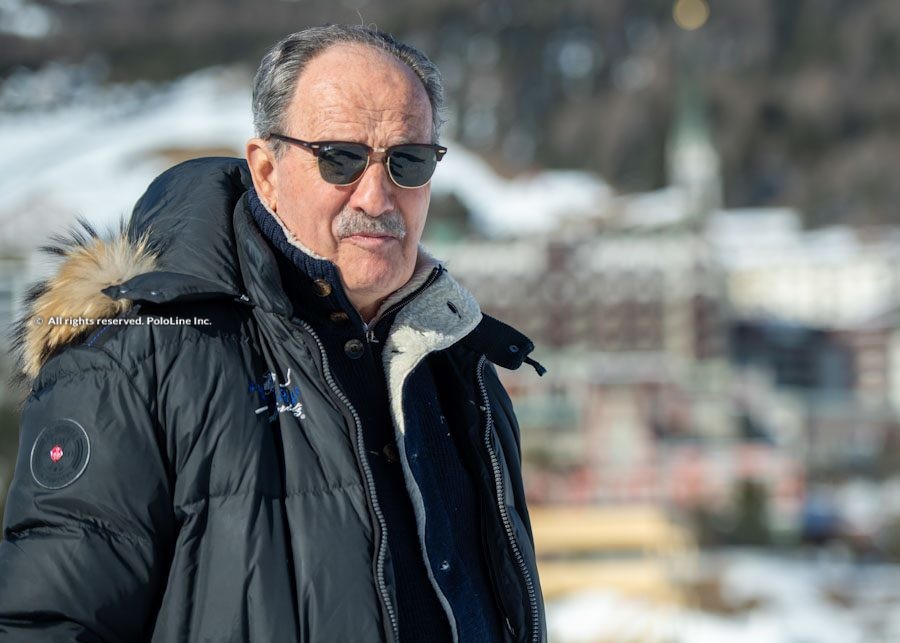 “St. Moritz is a cocktail of life, party, pleasure and sport”

Reto Gaudenzi, the heart and soul of the Snow Polo World Cup St. Mortiz, has a lot to be enthusiastic and happy about. After a year of absence due to the pandemic, the world’s most important snow polo tournament is back – better and brighter than ever – with action being streamed on PoloLine TV, live from the breathtaking landscape of St. Moritz in the Swiss Alps.

This year, the tournament celebrates its 37th edition. Play will run from January 28-30. The competition was established in 1985. It was the first snow polo tournament ever organised and the competition has grown bigger and better every year, in terms of infrastructure and facilities (the tournament is played on the frozen lake in St. Moritz);  the luxurious social scene; and the competitiveness of the action. “We are very happy to be back,” says Gaudenzi. “We had to cancel last year for the second time in the tournament’s history, and it was too much. The tickets are sold out and the weather is amazing, so are we expecting to enjoy a fantastic weekend.”

A charismatic man, always friendly and in high spirits, Gaudenzi defines the tournament as a “combination of everything – high class polo, very good players, the beautiful natural surroundings, in addition to the luxury hotels and the parties we host. St. Moritz is a cocktail of life, party, pleasure and sport.”

“St. Moritz not only organised the first snow polo tournament in the world, it is also the best,” continues Gaudenzi. “It’s not me saying this – everybody says the same. It is very difficult to build a snow polo ground but we definitely know how to do it. We have the skills and the infrastructure to achieve it. The combination of the snow, the sun, the horses, and the incredible beauty of the natural landscape is amazing.”

The 2022 edition sees six teams, up to 16 goals, compete. The lineups are composed of some of the great stars of the sport: Sapo Caset, Max Charlton, Robert Strom, Isidro Strada, Nic Roldán, Tommy Biddle, Tito Gaudenzi (Reto’s son), Alejandro Novillo Astrada, among others. Azerbaijan Land of Fire will be there once again, led by their captain, the Elcin Jamalli. Azerbaijan holds a special place in Reto’s heart: “We’ve been working in Azerbaijan for ten years, through the tradition of chovgan, a sport similar to polo,” he explains.

The participation of the Azeri lineup provides an extra attraction to the event – the impressive, wonderful equestrian exhibitions, with brave riders displaying their amazing horse skills to the delight of the spectators. “Azerbaijan is the cradle of polo, a country that has a large equestrian tradition,” says Gaudenzi. “With the help of the Laplacettes, we were able to introduce them to polo. Today, we have several players, three clubs, and polo on arena, grass and snow, and we will open a big new ground there this year.”

The competition will be available to watch live on PoloLine TV, and available to follow the event in real time from any device around the world. “I am very happy to have PoloLine in St. Mortiz as our partners in the production, as their live streamings are very high quality. We have the quality of the event and PoloLine have the quality of the production and coverage, so the combination makes a great product, which will be seen around the world.”

Reto Gaudenzi: The heart and soul of snow polo in St. Moritz