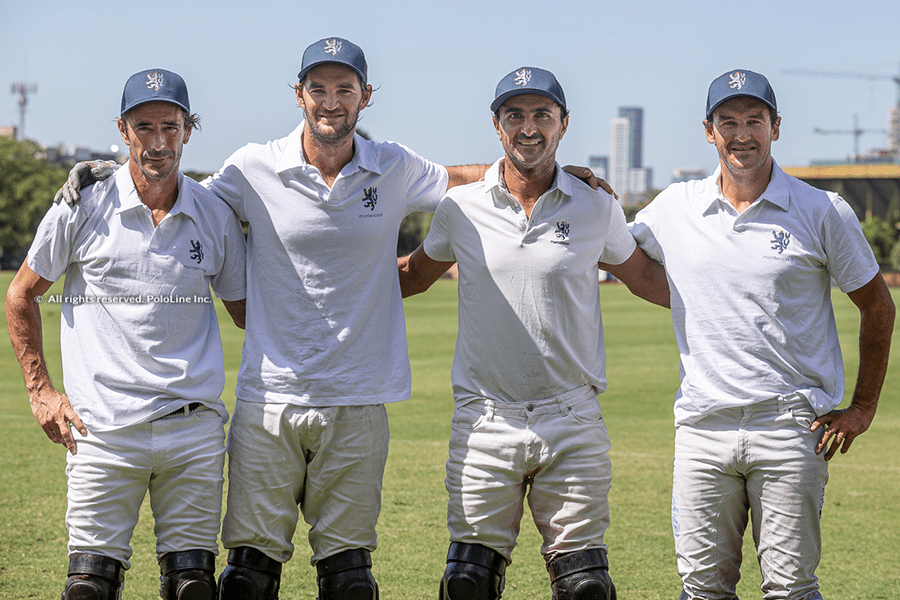 The República Argentina Cup is the most “egalitarian” polo tournament; no matter the handicap, any team rated from 0-40 compete to play at Palermo. This unique competition is held at the Argentine Association of Polo (AAP) in Pilar, and at Palermo. The finals are played at Palermo.

After the 2020 tournament was suspended due to the pandemic, the República Argentina Cup is finally back in action. While it has always been a very attractive tournament, the 2021 edition is set to be more competitive than ever, with a remarkable number of teams vying for the title. One team set to compete is Monterosso: the organisation headed by Italian patron Alessandro Bazzoni, and his Norwegian-born wife, Siri. The organisation is named after a small medieval village in Liguria, Italy.

The organisation began competing five years ago in the United States and the Dominican Republic. Since then, Monterosso grew quickly, improving steadily year on year, keeping their sights on England. Today, and after five years competing in the UK, Monterosso have established themselves as one of the most powerful organisations in British polo.

Having settled in England, Monterosso worked hard to fulfil their next objective goal: establishing an Argentine base. And they’ve made it happen: Today Sauveterre-Monterosso (the team currently playing the República Argentina Cup) boast 10-goaler David “Pelon” Stirling in their line-up. Joining him is his brother Santiago (5), Tomás Gagliardi (2), and Ignacio “Cubi” Toccalino (8). Gagliardi is filling in for Alessandro, who is scheduled to arrive in Argentina shortly to join the team.

“Alessandro always liked playing in Argentina,” says Toccalino. “He comes every year to play tournaments, mostly to compete and maintain his level. He came last year, but he was unable to play due to to the pandemic. I kicked off 2021 playing the República Argentina Cup, and we will then play the Ellerstina Polo Tour.”

“Monterosso’s growth has been huge, and very quick, over these five years,” says Cubi. “This is my fifth year with the team, and we have already played four seasons in England. At first, it was all new for us, but we got stronger every year as an organisation, bringing more horses over. Alessandro’s wife, Siri, started competing in ladies polo tournaments, first in the medium goal, and now she is very much into the high goal. Monterosso currently have two teams that are very much established: Monterosso and Monterosso Vikings.”

Tell us more about how you put the team together to play the República Argentina Cup?

It was Alessandro’s idea, and it really appealed to me, because our goal is to play as many tournaments as we can with Pelón, who will be our teammate in England. The original lineup is composed of Pelon, Alessandro, Santi and myself, but Alessandro has not been able to make it to Argentina yet, that’s why Tomás is filling in for him.

Furthermore, Pelón decided to stay in Argentina this year to focus on his own breading line: Cria Oriental. He has also been trying new horses and playing tournaments. “I decided to partake in the Autumn season because I stayed in Argentina, and Alessandro wanted to play the Polo Tour, as well,” says the Uruguay-born player and the only 10-goaler competing in the tournament. “It’s was a great idea, because Cubi and I would have started playing long before we land in England, and Alessandro will be fit to play there. It is a lot of fun, too. I love the people in the organisation. Both Alessandro and Siri love horses, and I am very happy to help them as much as I can.”

How did your brother join the team for the República Argentina Cup?

We were going to play with Gonzalo Ferrari, but he was injured and unable to play. So we hired Santi. On a personal note, having the opportunity to play such an important tournament like the República with my brother is priceless. We are having a great time.

“I was asked to join Monterosso a few days before the República started,” shared Santi Stirling, who is playing his first ever República Argentina Cup. “I was already playing a few tournaments with Pelón, and since  I have the same handicap as Gonza, they invited me to play with them.”

“It is a pleasure to play with Monterosso,” continues Santi. They are a great organisation, one that is investing a lot into horses and doing everything possible to improve, both in England and Argentina. Alessandro likes to do everything well. He is a very disciplined person. He gives a lot to polo, not only at an international level, but also in Argentina, bringing teams to play here. Undoubtedly, Monterosso is an organisation that does everything very well, it is one of the very best in polo.”

For Santi Stirling, playing such a prestigious tournament with his brother is an important step in his career. “It is a lot of fun,” he says. “We have already played together in Sotogrande, and in Argentina as well, but we have recently been playing a lot in the Argentine Autumn season – the República being one tournament. I love playing with Pelon. I learn a lot from him, he supports me with horses, and gives me advice. We get on very well.”

After competing in Argentina, Alessandro and Siri Bazzoni will compete in England. Last year, they had the two teams playing the Queen’s Cup; but this season, the two Monterosso lineups will compete in the two most important tournaments in the country: the Queen’s Cup and the British Open Gold Cup. Alessandro, Pelón Stirling, Cubi Toccalino and Mackenzie Weisz will represent Monterosso, while Siri, Sebastián Merlos, Juan Martín Zubía, and Chris Mackenzie will play for Monterosso Vikings. In 2020, Siri made her debut in British high goal by playing the Prince of Wales Trophy. Later in the season, husband and wife clashed in the final of The Queen’s Cup Subsidiary Trophy.

“The opportunity to play with Monterosso arose after the end of the British season last year,” says Pelón. “I met with Alessandro and Cubi, and they asked me to play with them. I am very excited to form part of such a remarkable organisation. Not only is it well established in the international circuit, but they work hard to keep growing and improving – always looking forward. Alessandro and Siri have a team each and they give everyone a fair chance. I am very happy to be able to contribute to Monterroso’s growth.”

“We are very happy with the team for the British season, and we are getting ready for action,” adds Cubi. “We are sending more horses to England, where we hope to be very well mounted.”