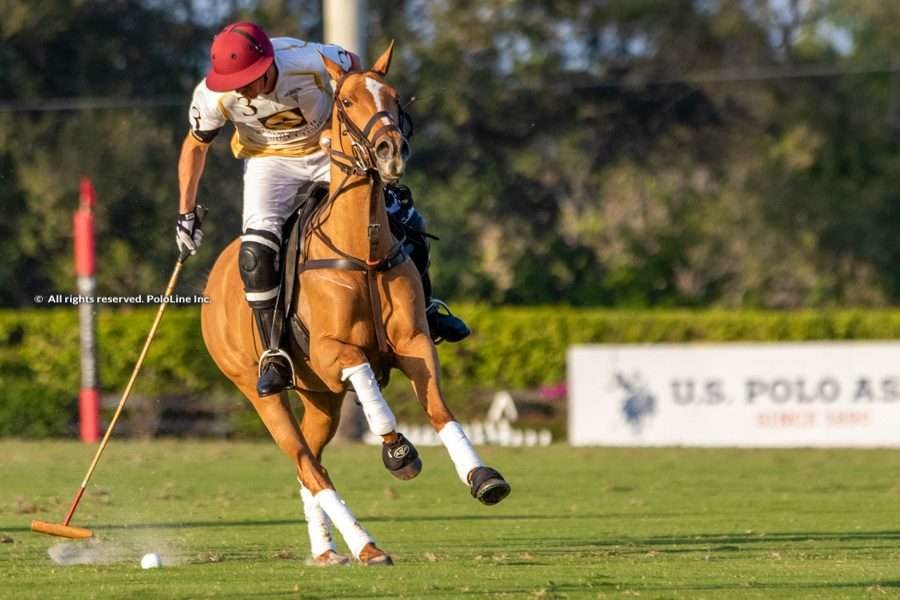 “Polo in the US is doing very well; there are a lot of players and patrons around”

Raúl Colombres, better known as “Gringo”, is not only one of the most experienced players in the US, but also one of the most knowledgeable regarding the state of polo in the country. As part of Scott Swerdlin’s organisation, Palm Beach Equine, Colombres has already won one of the 18-goal tournaments so far this season – the Bobby Barry Memorial Cup – where he was named MVP.

Following the advice of the great Adolfo Cambiaso, Gringo Colombres has set up his organisation in Palm Beach, taking his own horses out there. He is currently riding one of La Dolfina’s mares, Dolfina Niñera, who won BPP honours in the final of the Bobby Barry Memorial Cup.

As he prepares to play the final of the Ylvisaker Cup against Beverly Polo, Colombres spoke to Pololine to chat about the season.

Tell us about the current season in Palm Beach. What’s your view on the level of play, quality of horses, and organisation?

We were fortunate enough to start the season after a very difficult 2020. It was all up in the air. No one knew what would happen. But, and even though the season kicked off later than usual, thank God we are doing well, which is great. I am very happy to be in the United States, mostly because it is a very complicated year when it comes to having a job.

How do you feel this season in the context of the pandemic?

I am very happy to be in the United States and to have the opportunity to compete at such a complicated time. There are no spectators and we have to go through sanitary measures, but it is all about to learning to live with the pandemic. On a personal note, I think this will take time to resolve itself, so we must adapt to it. With the exception of the lack of spectators and the hygiene and safety protocols, everything is continuing quite as normal. I hope this will be a good year for everybody.

What can you tell us about your current team, Palm Beach Equine?

I am very happy with this team. We are due to play the final of the Ylvisaker Cup, a tournament Palm Beach Equine has not been able to win yet. This is the first year I play this final with this organisation. We have a lot of confidence after winning the Bobby Barry Cup and we are very much looking forward to winning another tournament. It always feels good to win such a prestigious cup.

Tell us about your relationship with Scott Swerdlin?

It is great. I have known him for a while because we have played against each other several times. This is the first year we play together. He is a nice person, very kind, and we get along great. I am very happy to be a part of his organisation.

How are you doing with your horses, and how did Adolfo Cambiaso contribute to your string?

I have been introducing many of my own horses into my string over the last few years. In terms of Adolfito, I am currently playing one of his mares, Dolfina Niñera. He also advised me to buy a couple. The rest of the horses, which I brought from Argentina, are all mine. I am very proud to have brought my own organisation over.

You are one of the most experienced players in US polo at the moment. What’s your view on how the sport has evolved over the years?

I’ve been coming to the US for 10 years. I see that polo is doing very well here. This is a large country, so there are always new players and patrons. Obviously, we are going through a very difficult time economically, due to the pandemic, but I still think the US is the best place to be.

What are your plans for Palm Beach Equine in the near future?

After the Ylvisaker Cup, we will be playing an 18-goal tournament in Port Mayaca with Matías Torres Zavaleta and Nicolás Díaz Alberdi, Lucas’ brother and Piki’s son. We will then go back to IPC and play the Gauntlet of Polo. We have a very busy season ahead, with plenty of polo and fun. I hope we will be able to win on Sunday – that would make the season!