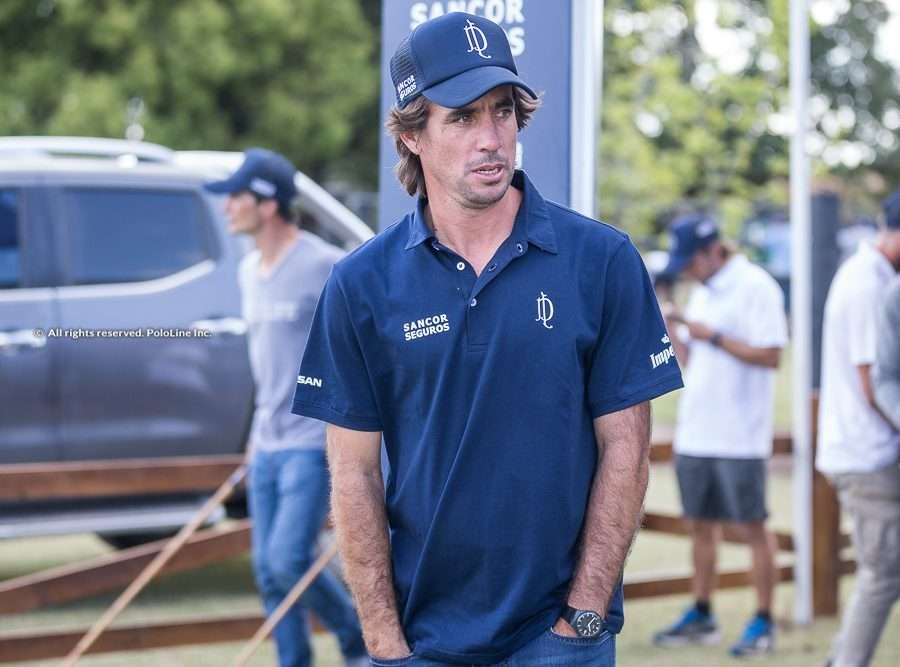 “Many people would like to be in my place; I don’t know why it happened to me”

After two years competing in the Triple Crown, La Dolfina Polo Ranch finally had the chance of playing the Uruguayan classic on Palermo’s number one ground. Last Saturday, La Dolfina and La Dolfina Polo Ranch went head to head for first place in Zone A, and cousins Pelon Stirling and Jejo Taranco played against each other for the coveted spot in the final.

“We became close friends, as well as being cousins, in spite of the distance, and that kept us close,” shares Taranco, who played in the number four position in for La Dolfina Polo Ranch. “Today we are still together, even though we play on different teams, we have grown up together. And that’s thanks to his hard work, and mine.”

“The truth is that, considering what polo in Uruguay is, we came from a family… Pelón and I are first cousins, and we come from the same place,” continues Taranco. “But he lived many years in Sotogrande, in Spain, and apart from being talented, he grew up around professional polo, something which we didn’t have in Uruguay.”

While Taranco is an established player, polo was not always on the horizon for him growing up in Uruguay. “It wasn’t so much a decision, more like the result of all our hard work,” he explains. “We put everything into it, and we never thought—I personally never thought—that today at 38 years of age I would be in a position where I would win two matches on Palermo’s number one ground by 9 or 10 goals. I don’t know if it is a dream, but it is something that I am sharing, I am talking about, and I am aware of. Pelón improved incredibly quick, and when Cambiaso invited him to form part of La Dolfina, to go to the club, he asked me what I wanted to do. I was three goals, and I wasn’t sure whether I was going to continue playing or not. But I continued on my path, luckily…”

Taranco, who grew up in Young, Uruguay, has won several prestigious tournaments around the world, including the US Open, and he has been performing at Palermo at a very high level. However, he is acutely aware that several key decisions shaped his career, like when he left his life in Sotogrande to form part of La Dolfina full time.

“I am extremely grateful for everything I have experienced, and I think that part of my growth was thanks to the people around me, to the patrons I had, the Zobel family, and Ayala. They helped me get here, in their way. I think there was a chapter that came to an end, a type of distancing that was positive for both sides. Today we are still in contact, we are still close friends. And it was, perhaps, an important move in my career, which won’t last that much longer, I don’t know how many years more. But it is a dream to get the call from La Dolfina, from Cambiaso, to work for them, and that was a decision that was not too hard to make, because I liked it a lot. I had been working for La Dolfina for 10 years, and I knew how everything had to be done.”

Far from being affected by any particular win, Taranco concludes: “I will get up and go out and do everything I have to, and I think that has helped me get to where I am. I have two big supporters in all of this, one is my family—my wife, and Pelón, of course—and the other is Cambiaso, because today I am entirely mounted by La Dolfina. It’s kind of like what I have told my kids more than once: there must be many people who would like to be in my place, and I don’t know why it happened to me.”