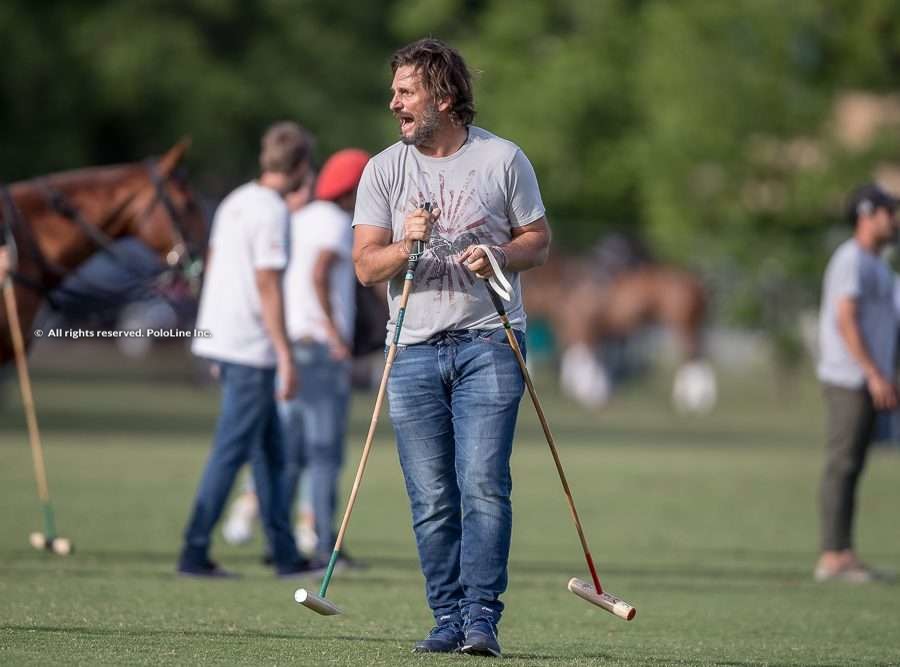 Lolo Castagnola: “The team is working up to play Palermo”

They were the sensation of 2019, the team that captivated everybody, the one nobody wanted to miss, the only lineup who managed to play all their games in front of packed stands on ground two. This year, all eyes were on La Natividad Las Monjitas and what they would be able to do this year. However, they have not got off to the best start. But they still have a great challenge ahead – the Argentine Open – a tournament they have been waiting for all year.

“The team is working up to play Palermo; it is great  for us to be playing. We are always trying to play well, something that has not yet been 100% achieved. But we will get there, because the team is good. And if it doesn’t happen this year, we’ll make it next year,” shared a focused Lolo Castagnola. “We were working to improve certain things regarding the horses, so as to have them in the best shape possible. We have really concentrated on that over the past few days.”

In 2019, there was much enthusiasm surrounding for La Natividad – especially brothers Barto and Camilo Castagnola. But this year is different. They are no longer the newcomers, and spectators expect better results. “There’s no extra pressure,” continues seven-time Open champion Lolo. “You are not a failure if you lose, nor you are a star if you win – that is what I say to the boys all the time. The goal is to go, play polo, do your best, and then everything will flow. If you work hard enough, you will see the results; I do everything to win, but you learn a lot more when you lose. That is what life is about.”

The Argentine Open started on Saturday, November 28, but had to be postponed due to heavy rain. The tournament will resume on Monday, November 29. The final is set to be played on Saturday, December 19. For the fourth consecutive year, the championship sees ten teams in competition, broken down into two leagues, A and B. League A seems to be the most challenging, including as it does three strong lineups – title holders La Dolfina Saudi, La Natividad Las Monjitas, and RS Murus Sanctus. Completing the League are the two La Irenita teams.

At the time of this conversation with Bartolomé Castagnola, the world was still shocked by Diego Maradona’s untimely passing. A poignant memory for many is the time when Maradona, the star of the World Cup in Mexico 1986, watched the 2007 final of the Argentine Open from La Dolfina’s ponylines. “I am a bit sad, because in terms of sporting achievements, he was my idol,” says Lolo. “He was absolutely brilliant on the pitch. I remember when he played with a destroyed ankle against Brazil, and Brazil were scared of just one guy, Maradona. That was the feeling he generated on the pitch. I always speak to my sons about him, I tell them he was a winner and tell them about all he has done. I have not got enough words to describe him; he was from another planet, he had a powerful mind while playing. I’ve never seen anyone else like him in my entire life. I only have deep gratitude for all Maradona did. I was around 16-years old in 1986, and he raised a whole country. Maradona changed everything forever. He was pure magic.”

Lastly, and now with his mind back on Palermo, he shares:“The favourite today is Ellerstina, as they have won the two previous tournaments. If they win Palermo, they win the Triple Crown. They are going through a great time, and are very well mounted. We have to wait and see what happens with La Dolfina, and the other teams. No-one knows what will happen, but there are many good teams this year.”