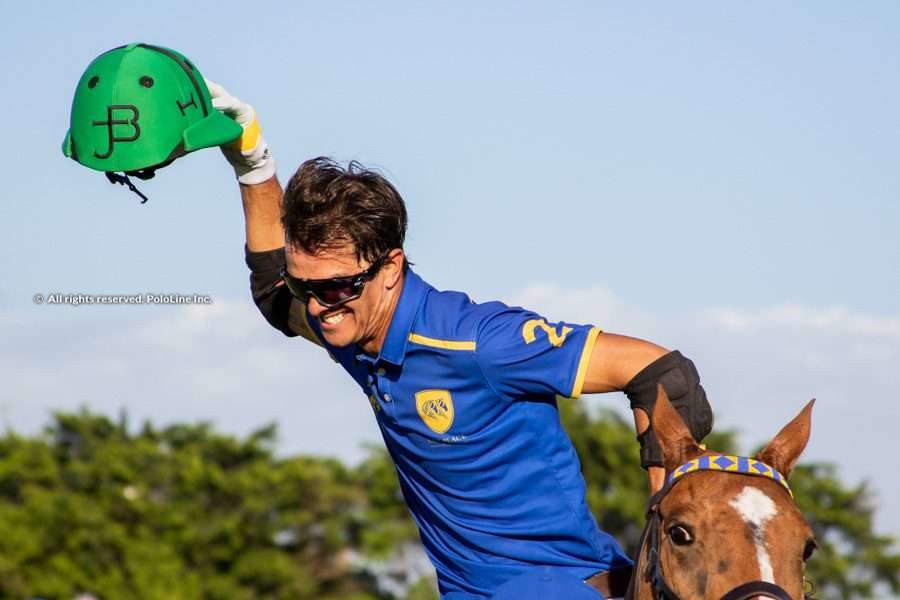 Juan Britos: The peak of happiness

Park Place’s victory in the CV Whitney Cup, the first leg of The Gauntlet of Polo, has brought huge joy to the whole organisation. They defeated David Paradice’s Scone  – which featured the Cambiaso duo playing alongside Peke Gonzalez – in OT, after youngster Jack Whitman scored a brilliant golden goal. Whitman was filling in for Park Place’s patron Andrey Borodin, who is expected to join his team in the next tournament: the USPA Gold Cup. The CV Whitney Cup was the first major US title for Park Place.

“It was a very long match,” shares Britos. “It was very intense and physically demanding; we were up against Cambiaso, Poroto, Peke and David Paradice. They played very well and are very well mounted. They are undoubtedly one of the best teams of the season so far. We knew we were up against a very tough team. It was anyone’s match, you couldn’t say who was going to win until the last second. The score was always very close, but we always had faith. I am thrilled about the win, the title and, most of all, I’m very happy for the whole organisation, who deserve this victory.”

How did Park Place prepare for the final?

We prepared both mentally and physically. You don’t come here just to play, you come to win. We always believed in our team, our horses, our system of play, and the efforts paid off. We are very, very happy.

Juan Britos, still a young player himself, can’t praise his team enough, particularly newcomer Jack Whitman, who scored the winning goal in a dramatic extra chukka. “Jack was right there and scored an impressive goal,” says Britos. “Scone had many chances, as did we. Jack played an amazing tournament. He is remarkable. He has the whole package – he rides well, plays well, and he scored a goal that he will remember for the rest of his life. We always supported him, and he was very grateful for this opportunity. I am very proud of him.”

What was the key to CV Whitney victory?

Despite the small goal difference, we never thought we could lose. We always believed we could do it, we fought hard until the end, and we were very lucky.

“Mega Big Bay is my best mare at the moment, and she gets better every day,” says Britos. “She is unique. She had a great final. She has a very good mouth, and is very good physically. She is a fantastic mare who played three chukkas. Mega Big Bay is one of those horses you want to have because she is fantastic to ride, fantastic to play, fantastic to have in your stables. I am very happy for Lerin, too; he deserves this award!”