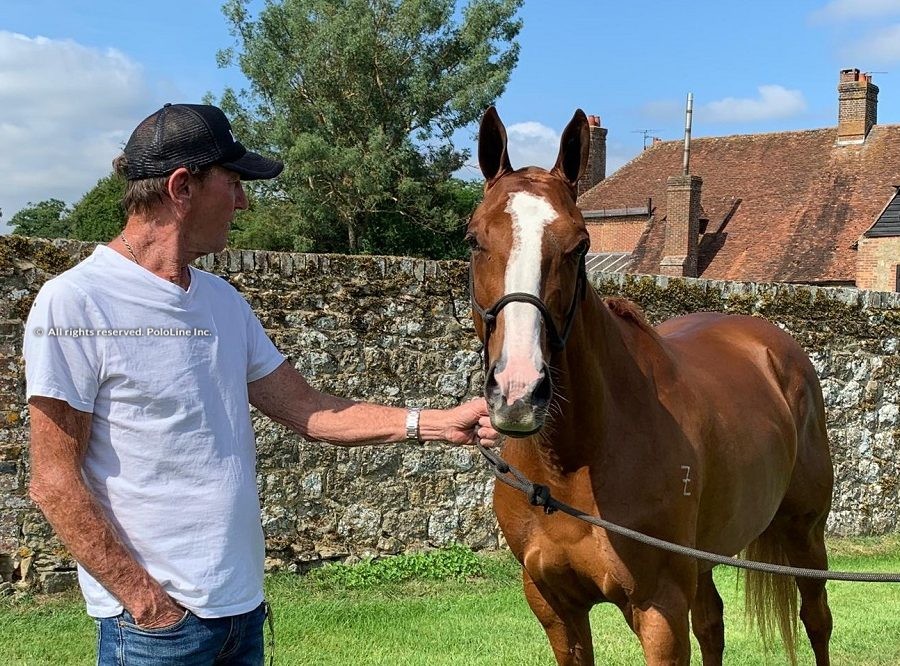 Twitter’s performance was undoubtedly one of the highlights of the 2019 English polo season. Not only was she named Best Playing Pony of The Queen’s Cup final, played by James Harper, she was also chosen by Best Playing Pony UK as the best mare of the whole tournament.

Facundo Pieres took an interest in her, bought her, and played her in the Coronation Cup, where she was once again chosen as BPP.

Behind her amazing performances are years of hard work by breeder Jim Gilmore. In conversation with Pololine TV, Gilmore spoke about some of Twitter’s most outstanding qualities:

“The first thing I really love about Twitter is her temperament, it’s pretty amazing.”

“I think she is actually classy, an Ellerston type of horse”.

“You have to think she is a mare who just loves polo”.