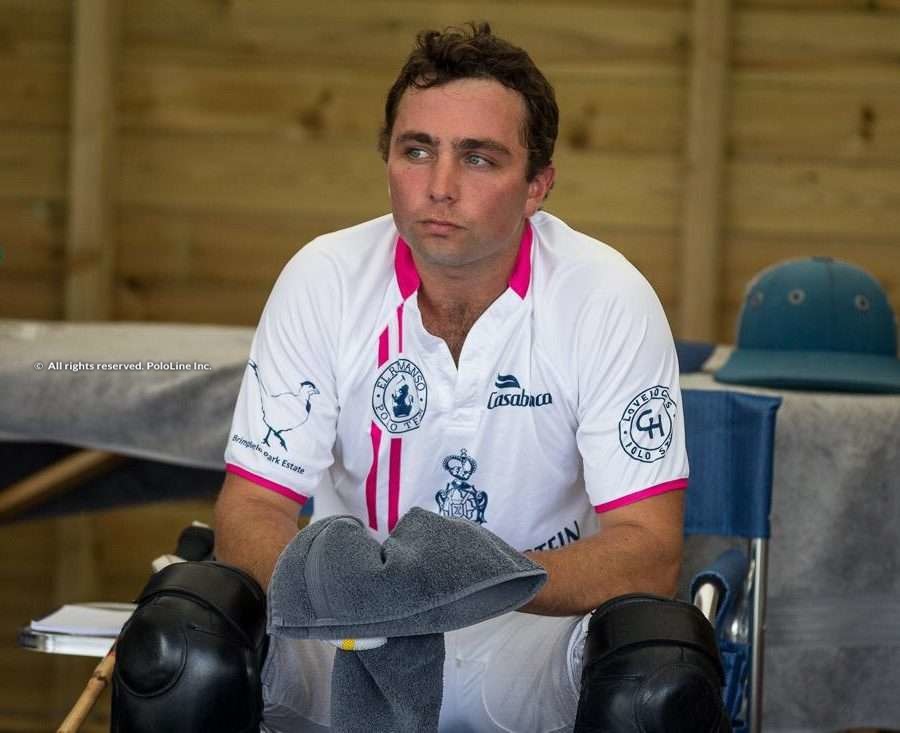 “At the moment it’s been quiet – a lot of riding and training, working to get ready for the Gold Cup,” shares Ollie Cudmore, one of the best British players in the world. “Then, outside of the high goal, playing with Black Bears, we are doing a couple of 18 goal tournaments. After the high goal, I will hopefully play a bit more medium goal. It should be a fun season.”

Cudmore inherited his passion for polo from his grandfather and his father, who used to play in Australia. When Ollie was 6-years-old, the family moved to England. There, he met Charlie Hanbury, who quickly became one of his best friends. In 2018, Ollie and Charlie, alongside James Harper and James Beim represented El Remanso and became the second all-British team ever to win the Gold Cup.

“The 2018 Gold Cup was without a doubt the highlight of my career,” Ollie told PoloLine. “The day was incredible, we had so much support from the crowd. I was incredibly lucky to be a part of El Remanso and I don’t think anything will top winning that day as a team of four mates.”

Following that peak of glory, Ollie is now focusing on a new stage of his career. This season he is set to represent Australian patron David Paradice’s Scone team, an organisation that currently holds the Queen’s Cup title. Ollie will have the opportunity of defending the title Scone claimed in 2019, with Paradice, Nicolás Pieres and James Harper in the lineup. “It’s a fantastic opportunity, and I’m really grateful to Harps [James Harper], Nico Pieres and David Paradice for inviting me to play. I’ve put a lot of work in over the winter on myself and my string of horses to make the most of the opportunity.”

Scone, who so far this year played the high goal in Palm Beach, was the biggest sensation of the 2019 British season after their success in the Queen’s Cup. Although they didn’t go on to do that well in the Gold Cup, Ollie is very confident about the season ahead. “Scone, obviously, had an amazing season last year, they are a growing organisation and David now plays in UK, Australia, and America” says the 6-goaler. “The best thing about Scone is the group of people. David is a fantastic person to work for and Harps is a great guy who is always trying to do the best for the team. We have a great atmosphere around the barn with the grooms, managers and everyone involved.”

What expectations do you have in your first year with Scone, especially considering that they are defending champions of the Queen’s Cup?

“There are some very strong teams this year, with two or three players looking incredibly under handicapped, so it will be tough. But I’m looking forward to it, we will be competitive, and with a bit of luck, hopefully we can be there or thereabouts come the end of the tournament.”

“Nico is one of the best players in the world, and I’m really looking forward to playing with him. So far, in the practices, he’s been great, I’m learning a lot and he’s keen to help me improve. He’s amazing with the ball, and it’s very cool to watch in chukkas sometimes. And Harps is one of England’s best players, he had an amazing year in 2019. I’ve played with him a lot and he’s a great teammate. I’m really happy to be back playing with him.”

To conclude, Ollie Cudmore spoke about playing for England, a country he has represented since 2012. He is also the youngest player to have ever won the Coronation Cup (in 2014, at 24-years of age). “It’s always an honour to play for England,” says Cudmore. “Being able to represent your country is great achievement as a sportsman.”