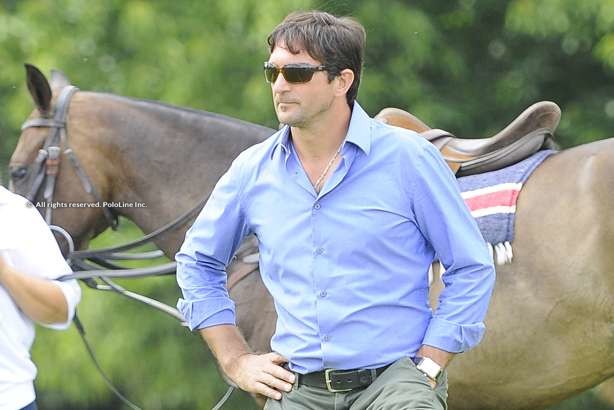 “It’s official, there won’t be changes in the upcoming high-goal season”

A quite unusual situation happened in the match for the US Open between Cessna and Aspen, last Sunday. Eduardo Novillo Astrada, President of the Argentine Polo Association was invited to play for Cessna and shared the lineup with Chip Campbell, Chairman of the United States Polo Association. Moreover, they played against the Treasurer of the USPA, Stewart Armstrong.

“I came to work a bit”, Eduardo says, and added: “We had several meetings scheduled with the USPA as well as with the players. And they invited me to play. The team was fun and it was fun for me to play a bit. Actually, I didn’t have many options… in fact, it was the last option, so it was good to give a hand”.

With regards to having shared the team with his USPA counterpart, he states: “That was another reason I agreed to play. It was fun for Chip, and since it was fun for him, I thought it was cool in order to send a message of good vibes.”

Eduardo Novillo Astrada attended the celebrations of the 90th. Anniversary of the Coronel Suarez Polo Club, last March, and played in the Copa General Belgrano as well. By then, it was quite a long time he didn’t play the major tournaments. “I felt good last Sunday, maybe a bit out of rythm, but overall, I do feel very well physically. However, and despite I think it went well for me, I have to say, it was quite difficult to play since I didn’t know the horses that much. Anyway,  it was a great match!”.

Last but not least, and with regards to the meetings he is currently holding with Argentine players set in the Wellington area, he remarks: “The Triple Crown will remain as usual – four teams in Tortugas, eight in Hurlingham, and ten in Palermo. And before that, we will have the Extreme Polo League, which it is currently under development. We believe it is a product that has a lot of future overseas and that’s why we support it from the AAP. Also, I think it is something to globalize polo as well as Argentinian brands. At the same time, the upcoming 2019 season in Argentina was voted and approved by both the players and the Board of Directors last year, so there won’t be changes at all. However, the AAP and the players are already working together on a different format for Palermo in 2020”.