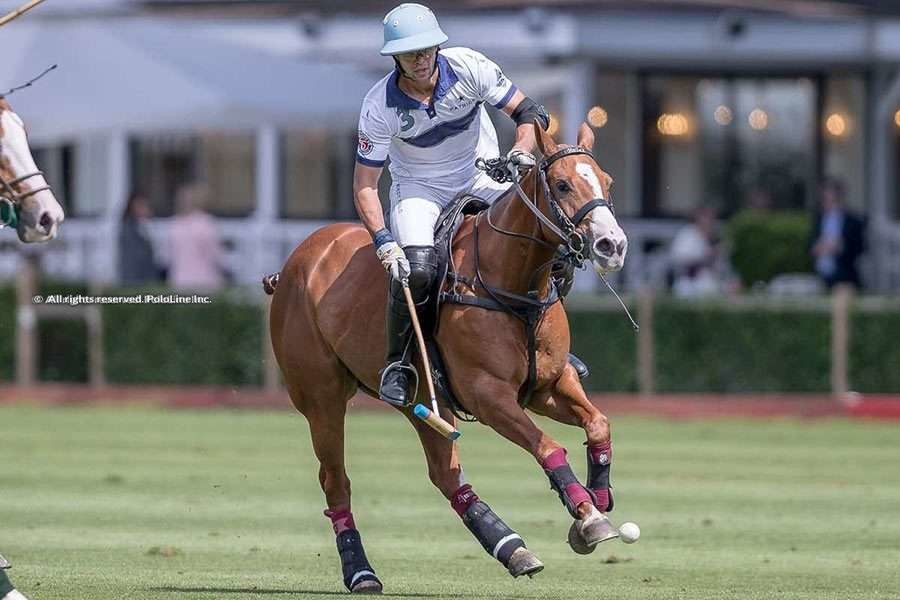 “It’s great to have a club in Paris, only 15 minutes away from the Eiffel Tower”

From finance to polo… French 5-goaler Patrick Paillol is one of the most renowned polo players of his country, a close friend to the Delfosse brothers, Clément and Matthieu. The three of them have a lot of things in common and share much time on and off the field.
Currently, Patrick is in Paris, and looks forward to playing the remaining tournaments of the Parisienne Triple Crown at the sophisticated Polo de Paris, in Bagatelle
Patrick has a passion for finance as well – in fact, he used to combine polo with his job in one of the most prestigious Banks of the world a few years ago. “I started to play polo when I was 9-years-old at a pony club, set close to Paris. My father encouraged me to play polo, since he loves horses, but I studied hard at the same time as well, because I had a deal with my father – I had to study if I wanted to play polo!”, says Patrick, and adds: “I’ve always played on my dad’s horses, I’ve never had mine”.
Although he didn’t have much free time while working in the Bank, he managed to “train a lot and improve my polo thanks to the constant support of Laurent Dassault’s Red Falcon and Sébastien Aguettant’s Kazak”.
Polo in France is not largely spread, but still there are a small and strong number of organisations that improve every year and help to make the sport better. “Those who play in France have really good organisations, and in terms of horses, the quality and the number have improved a lot over the last years”, states Patrick. “In addition, there are a lot of polo around Paris, as well as about 15 good fields. The problem is that the level of polo in France is very low – the highest rated player in France has 6 goals and the highest level of play reaches only 16 goals. It is a bit difficult for French players to get better”.
At the moment, Patrick Paillol did not play the opening leg of the Parisienne Triple Crown, the Tournoi de Printemps, but he did so at the Yvan Guillemin Tournament, a competition renamed as a tribute to one of the most relevant personalities of polo in France. Patrick remembers Yvan as “the key person for our sport, his passion allow polo in France to grow. He breathed, thought and lived polo, he set a lifestyle around polo. Yvan taught my father to play polo, so thanks to him, my father passed on his passion for polo to me”.
Patrick Paillol is one of the most prominent players during the seasons in  the City of Lights, where he usually plays with his friends, Clément and Matthieu Delfosse – the three of them are like brothers. “We share much more than polo. I’ve known Clément since we were kids, we played a lot together. We give advice to each other, we get along very well, and can see it on the field. On the other side, I am happy to have won the Open de Paris with the two of them – in 2015 with Matthieu and in 2017 with Clément… so there are no jealousy!”, laughs Patrick.
Last but not least, Patrick is very much looking forward to playing the upcoming Open de Paris, on a very special year, since this historic competition is celebrating its 125th anniversary. He is really enthusiastic about playing in such a fantastic place, “one of the prettiest clubs I’ve ever known, with a lot of history and tradition. It’s great to have a club like this in Paris, only 15 minutes away from the Eiffel Tower”, he says and concludes: “They worked hard to improve the fields, and, on a personal matter, to me it’s been always very special to play in Bagatelle”.