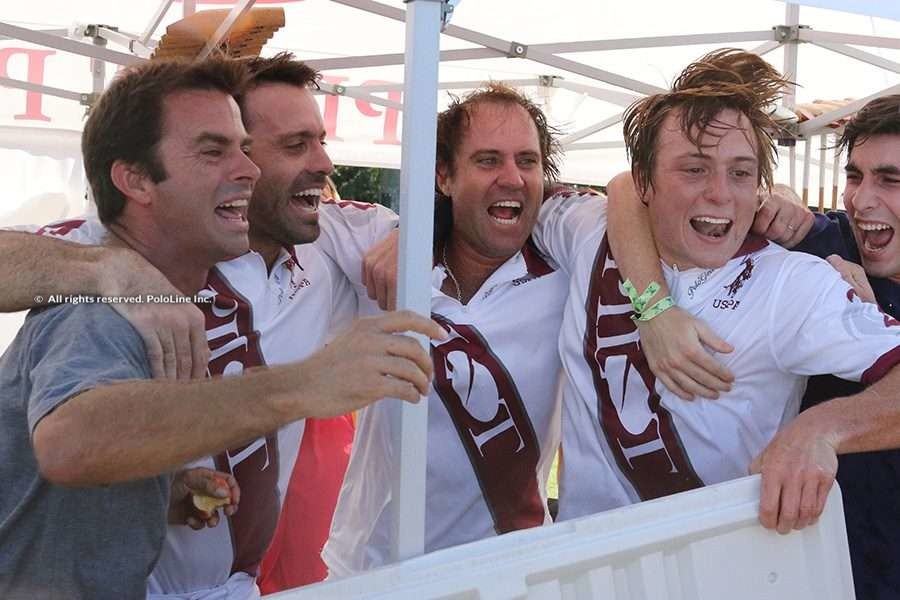 “It would have been very hard for us if we lost”

Thoroghout the whole season in the US, Facundo Pieres has been the driving force behind Pilot. Although they lost the final of the Ylvisaker Cup, by the time the lineup was completed, they were merciless. They ended up unbeaten, and captured the glory, after winning all of their 16 matches of the brand new Gauntlet of Polo.

“We are very happy, it was such a fantastic victory for us. Since we have won all our previous games, we had a lot of pressure, but we managed to make it to the final; deep inside me, I did know this would be a long season for both the horses and us. We were doing very well, so it would have been very hard for us if we lost. But we could handle that pressure, the team played really well”, Pilot’s back stated.

And he added: “We won 16 consecutive games, and you can’t reach such achievement just because of the players; you need the horses, the vets, the grooms. All of them did a fantastic job. The season was very long, and the horses were at their peak in terms of performance in the last match on Sunday. It was remarkable”.

It’s worth to note that Pilot not only defeated Las Monjitas in the US Open championship game but they also beat them in the final of the CV Whitney Cup. Their winning streak continued in the final of the USPA Gold Cup, when they defeated Aspen. But regardless of the rival, the dominance of Curtis Pilot’s foursome was overwhelming during the whole season, with the exception of bits and pieces in some games. But no matter what, at the end of the day, they claimed the complete first ever Gauntlet of Polo from end to end. “I’ve won both in the US and UK many times, but this year we managed to dominate all our opponents, we won 16 consecutive games, we made it to the Ylvisaker Cup final; definetly, it was a remarkable season”, Ellerstina’s man points out.

“I am happy to have ended such a very successful season, so now I can take a rest; it’s been a long season, I felt the pressure to win all the games, so now I will take a few days off and get ready for the upcoming season in England”, he concludes.