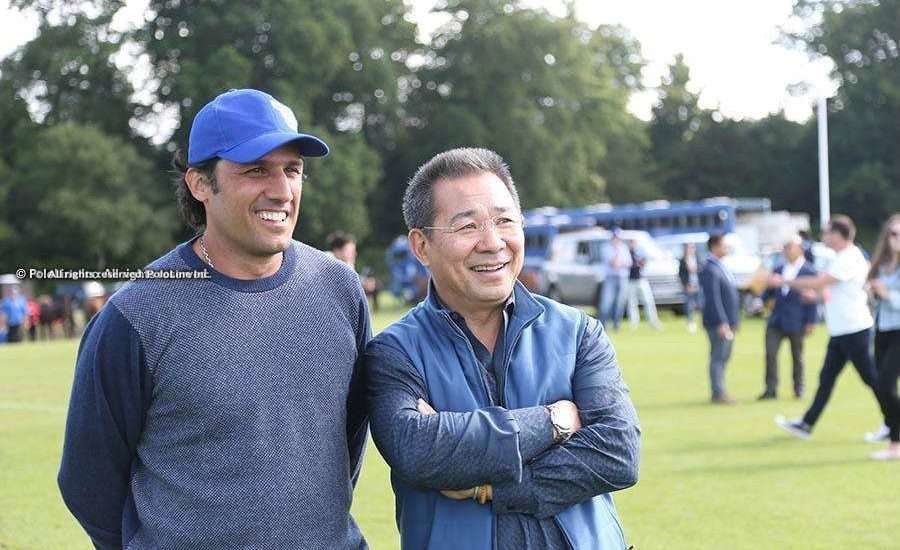 Prior to what’s expected to be a very intense season in England, with King Power back in the saddle in the high goal tournaments, following a one year absence, Marcos di Paola is currently closing a very special Autumn season, in which he played in traditional tournaments, such as La Cañada Open or some legs of the Argentina Polo Tour. In addition, he enjoyed being close to his sons, who were in the spotlight due to their very good performances, in tournaments such as Santa Paula Cup – his son Santiago was a runner-up with Cardenal Newman School – as well as the New Zealand Cup, that had his other son, Beltrán, in the winning team.

“It’s really exciting news to have such an organisation like King Power back to high goal in England. It was Vichai’s wish, and that’s why he asked me to play again. I think it will be my last high goal season, because it’s time to make place for the young players,” Di Paola told to PoloLine

It’s worth to remember that the position held by the current President of the Argentine Polo Players Assn. in the last 22-goal competitions King Power participated, was mostly as a manager and not as a player, although he’s been playing some medium goal tournaments with them. “Last year I talked to Vichai, and he told me that Top and Tal wanted to play again, and he asked me for options. I did. And he said – OK, you play! (laughs). So I had to train hard.”

Despite there are already more than ten teams confirmed, the expectations brought by the British season is always high, both on and off the field. “It’s always nice to play in England, and mostly as a part of King Power. It will be a very special and moving season, since the person who created this organisation is no longer with us. Vichai had a very strong presence among us, and that’s why we will continue with his plans. The organisation is intact; Top and his family will carry on with his father’s ideas, in order to maintain the level he has set,” Negro remarks.

VS Sports Club, King Power’s home in Thailand as well as the club founded by the late Vichai Srivaddhanaprabha, hosted a tournament to pay tribute to him just a few weeks ago, with 8 teams in competition, featuring all those who play there every year, such as the Royal Family of Brunei, and of course his sons, Top and Tal. “It was a beautiful event, and a tribute to someone who did a lot for polo. All of his polo friends as well as his lifetime friends were there,” said Magual’s man.

And he added: “It’s been always clear which was the role given to each member within the organisation. That tragedy was very hard on an emotional level, but nothing changed with regards to work and structure. There are many new challenges that lay ahead for Top, who is now the head of the organisation, but for sure he will keep up with it. He’s got a big support from the family and his working team.”

Coming back to his current activities in Argentina, he says: “We have some business with King Power in Argentina, and I keep up with my own things, like playing with my sons. It is great to share a sport with them, and I am determined to continue as long as my body gives out.”

His position as the President of the Argentine Polo Players Association has put him in a different place; being currently far from playing the Argentine Open, either directly or through the qualification, he aims to improve the proceedings and the relationship of the players with the Argentine Polo Association. “There’s a lot to do within the Players Association. I mean, several things have been done, but we have still a long way to go and we have to make it better. Players must be competitive on the ground, but remain united off the ground.”

And he finishes: “The format of the Argentine Open will certainly be different next year. We are currently talking about it.”