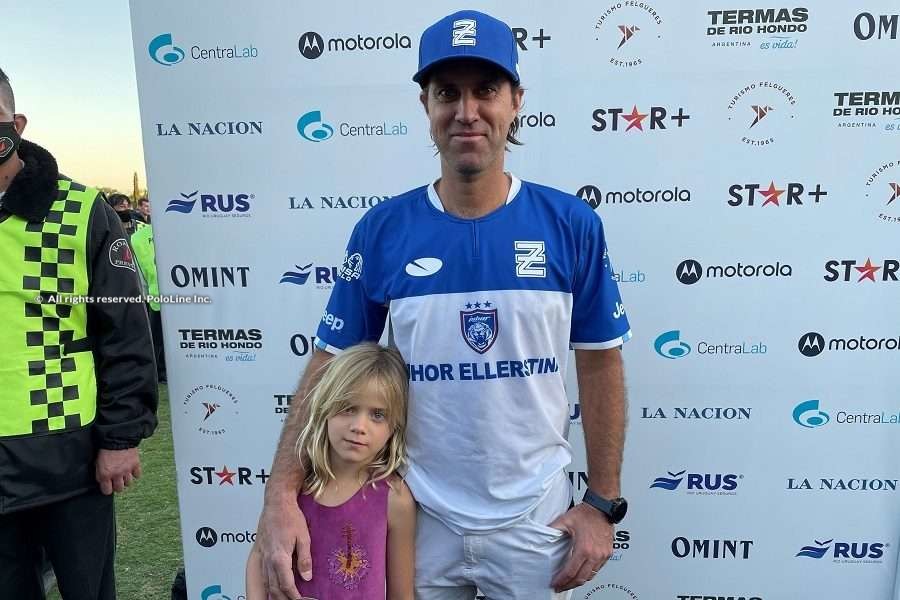 “It is very important to start the Triple Crown winning Tortugas”

“Of course we like Palermo, but it always nice to start the Triple Crown in the best way, so it is important to win the Tortugas Open.” That was Gonzalito Pieres’ opening statement to PoloLine as soon as the Tortugas Open came to an end. He scored the goal that gave Ellerstina the victory against La Dolfina, securing the teams thirteenth Tortugas Open.

The final was a hard fought match that saw both teams give it their all. Gonzalito was the one to score the decisive goal with just one minute left on the clock. Something similar happened in 2011, when he scored the last goal in that year’s final. It is clear that Gonzalito is one of those players who comes through when the team needs him the most. “I guess this happened when we played with Nachi Heguy,” he says. “I think it is important for me to be in such a situation, to score that crucial goal, but it was very hard for us. I though we could have sealed the deal a bit earlier on in the game, but you never know what can happen when you face a team like La Dolfina.”

In terms of Hilario Ulloa’s injury and Matias Torres Zavaleta stepping in for him, Gonzalito says: “It was a bit frustrating for us to lose Hilario in the first match, but Matías came in and he did a remarkable job. We are looking forward to having Hilario back in the saddle – we need him, he is a crucial part of our team.”

How is Ellerstina’s string looking for the next two challenges – Hurlingham and Palermo?

Well, compared to last year, we saved horses for the last games of the Hurlingham Open and Palermo. In my case, I saved around seven or eight. Having won Tortugas without some of our best horses is really good, so perhaps we will get the chance to ride some of those horses in the near future.

Ellerstina’s elation at winning the Tortugas hat-trick will be short lived, as the Hurlingham Open is ready to begin. “We face Murus Sanctus and La Irenita,” says Gonzalito. “We will celebrate this victory tonight, and then focus on getting off to a strong start in Hurlingham.”