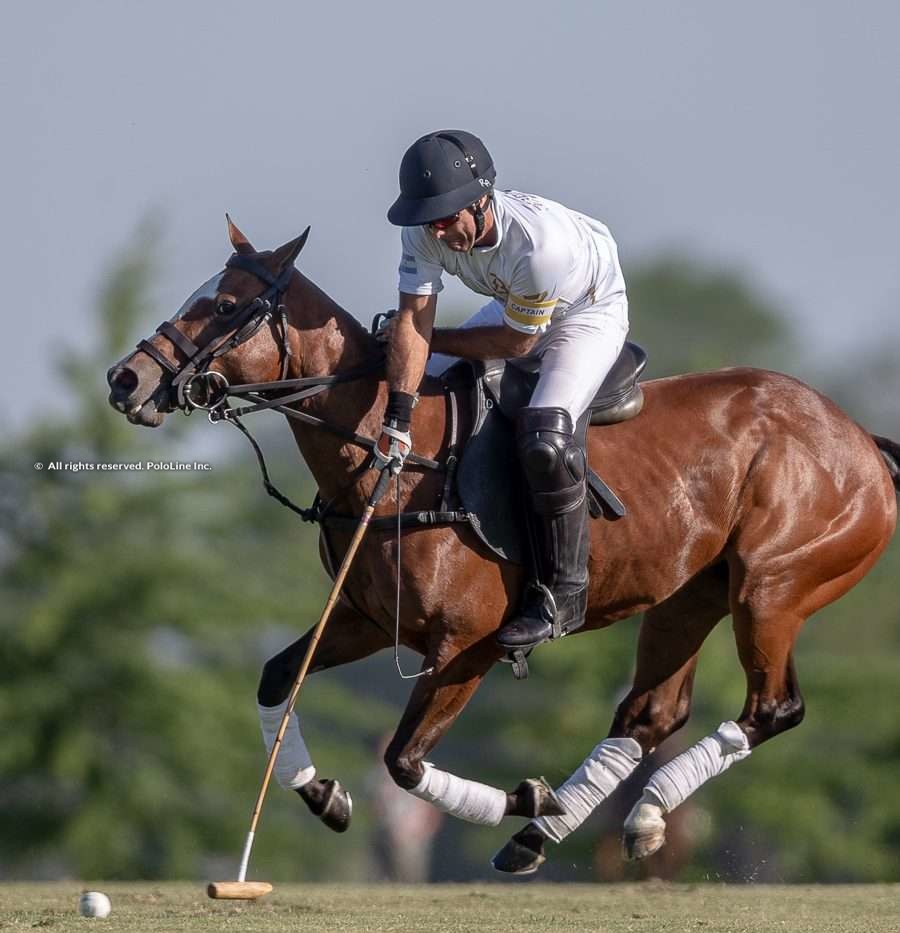 Rodrigo Ribeiro de Andrade will remember Saturday, October 23, 2021 for a long time. Andrade is one of two Brazilians – the other is Pedro Zacharias – currently competing in the Argentine Triple Crown. Andrade is the more experienced of the two; he has been playing for years and he has an Argentine Open title under his belt. Back in 2019, he faced the biggest challenge of his life, subbing in for Juan Martin Nero in the last chukka of the final. He scored the two last goals of the game to secure La Dolfina’s title in the Cathedral.

Currently, Andrade is playing the Hurlingham Open with La Dolfina Brava; and last Saturday, La Dolfina Brava gave their best performance to date, defeating title holders and recent winners of the Tortugas Open, Ellerstina. La Dolfina Brava’s Guillermo Terrera sealed the win, scoring a goal with only seven seconds in the clock. A victory that gives them enough confidence to take on the next step” The Argebtine Open.

“It was incredible,” Andrade told PoloLine. “We were determined to mark closely, to not let them score goals. We succeeded, and we were able to play a very close match until the end. I think we worked better than in the previous games, so this victory is very important. It gives us the confidence we need before starting Palermo. However, we are still expecting a tough match against La Irenita.”

Having La Dolfina Brava working properly as a team is their main goal, and of course, “trying to win as many games as possible, and step onto the field with a winning mindset”, adds Andrade.

La Dolfina Brava’s lineup includes Poroto Cambiaso who, nearing his sixteenth birthday, has demonstrated his fierce skills against the biggest names in the sport, proving that he has a brilliant future ahead. Regarding Poroto, Andrade notes: “We played together last year and we worked very well together. I am impressed by his maturity; he is only 15-years-old. Still, he has a lot to improve, but he gets better match after match.”

One of the biggest attractions of the 2021 Argentine Triple Crown is the large number of foreign players in the teams, and Brazil is honoured to have two players competing in the most important polo tournament in the world. “It is very good to have two Brazilians participating in the Argentine Triple Crown for the first time,” says Andrade. “All players aspire to play at this level. It is very different to polo played outside of Argentina. This is a huge opportunity and a lot of dedication and hard work is needed in order to get here.”