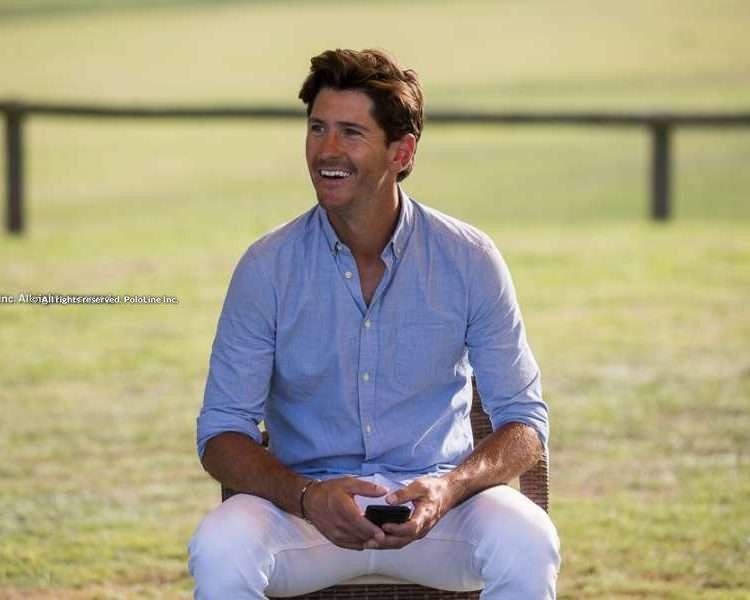 Nic Roldan, one of the best American polo players on the international circuit, who recently made his debut in the Argentine Triple Crown, is ready for what is sure to be one of the best US seasons in years. For the first time ever, the high goal will be split between the Gauntlet of Polo (USPA) and the World Polo League Series (Valiente & Grand Champions), and every corner of Wellington will be packed with competitive polo of all levels.

“The expectations for the season are high; there is a lot of polo scheduled, a lot of low and medium goal, too,” shares Roldan. “We are going to continue playing the 26-goal, which is the highest level of polo outside of Argentina, and is important. There are eight teams confirmed for the 26-goal and it is going to be great. We are excited to build this and make it last. It is going to be a good season for everyone, with lots of polo and work. There is a lot going on in the States. There are many good teams, with the best players in the world, and it is always fun to play the 26-goal. We are excited to start the World Polo League.”

Roldan’s team, AUDI, will be up against eight other strong organisations. Some days ago the tema announced its full formation for the competitions. “We are playing with Marc Ganzi, Pablo Mac Donough, and Kris Kampsen,” tells the 8-goaler, who will be playing other high goal tournaments, like the 20-goal Stirling Cup, aside from the 26-goal. “We are really happy to be playing with Kris, he’s been winning some tournaments in this season and we know each other really well. I’m happy with the team; it is always fun to play with Marc, he plays well. I haven’t played with Pablo for a while, and he is an amazing player. We are up against great teams, so it is going to be a tough season.”

Much has been said about this upcoming season in the States. Ever since the USPA announced—back in September, 2017—that the Triple Crown would be lowered to 22-goals in 2019, the polo world has be speculating about how it will turn out. The announcement led to sixteen teams registering for the US Open—a record number—and another eight signing up for the 26-goal. Independently of what can be said about the rivalry between the series, the result has been beneficial for polo as a whole. Not only will polo fans have an abundance of top level polo on offer, but the surplus of polo means more opportunities for those working around the sport.

“If we consider all the low and medium goal going on at Grand Champions, the 22-goal at IPC, where 16 teams will play, and all the teams in the 26-goal, you can see that there is a lot of polo, all which is great for the sport,” says Roldan. “This creates a lot of job opportunities. It is going to be a special season—one of the best. I think we must highlight the huge work and commitment taken by Marc and Melissa Ganzi and the Jornayvaz family to organise the World Polo League.”

The 2018 season was truly unforgettable for Roldan, not only in States, but in Europe and South America, too—he won the Queen’s Cup alongside La Indiana, and made his debut in the Argentine Triple Crown with La Albertina Abu Dhabi. The highlight, of course, was playing on Palermo’s number one ground in the Argentine Open. “The season in Argentina was good. I had a great time. But overall it is difficult, it is expensive and very hard to get mounted. I don’t have an organisation there, I don’t have horses, I’m starting from scratch, and I found it very difficult. It was an unbelievable experience, and great to play on the number one ground.”

While Roldan is focused on starting the American Season, he also shares his goals for  the end of the year: “I am figuring out what I am going to do in Argentina. La Albertina continues, they are going to play with Tincho [Merlos], and I am seeing how I can play the qualification. Bit by bit, I am getting organised.”

What was it like playing on Palermo’s number one ground?

“It was very special, there is no other field like it. Getting the chance to compete against those organisations really makes you think about where you are playing. This was my first year, and I have a long way to go. It was a great experience to be able to play at the highest level, on the best field, against the best teams and on the best horses. The idea is to continue working and improving my organisation every year.”

To conclude, Nic Roldan takes a moment to reflect on the current polo situation in the US, and how it might develop in the future: “My analysis is that polo in the States is in a good place. The winter season grew a lot and there is work for everyone. It’s good for horse sales, for vets, for blacksmiths, for grooms—it’s a chain reaction. I do think summer polo has to improve. We are doing Aspen, where Marc and Melissa have a new club and are building two new fields. We are pushing it, and I really think Aspen will be the new summer hot spot. Valiente is in Denver, as is Jeff Hildebrand [Tonkawa]. There are a lot of good patrons out there, there is movement, and Aspen is an incredible place. It is one of my favourite places to go. So, in general, I think that the only thing that needs to improve is the summer season. We already have a great level in the winter.”