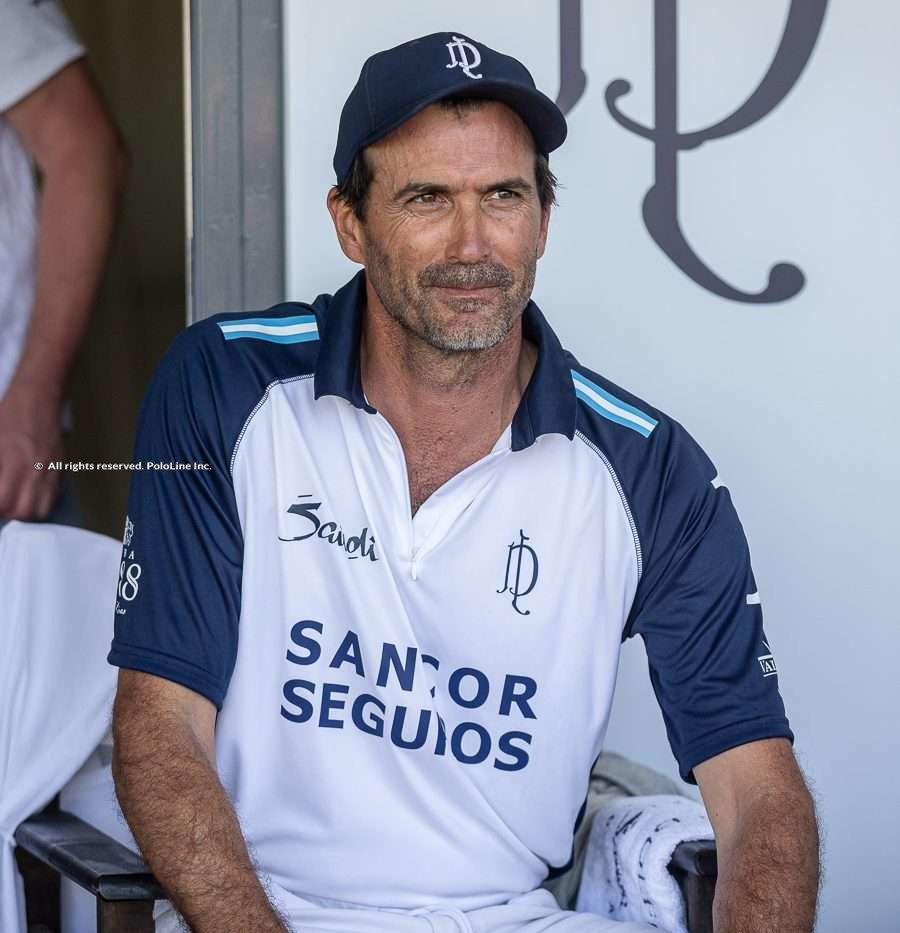 “I’m very happy with the team, I am looking forward to enjoying the season and having fun”

Twenty-nine years have passed since 1992, when a 17-year-old Adolfo Cambiaso made his debut in Argentine high goal as a member of Ellerstina. Now, in 2021, he takes to the field with the same energy and high spirits. He now has a new challenge ahead – after an extremely successful decade winning no less than nine Argentine Open titles, Adolfo Cambiaso has put a new La Dolfina lineup together. He and the remaining member, Uruguayan David Stirling, called upon Diego Cavanagh and Francisco Elizalde to join them. The Tortugas Open kicked off this week and La Dolfina kicked off the Triple Crown securing a debut win against La Dolfina Brava.

“Obviously, when you change a team it is a big challenge,” Adolfo Cambiaso told PoloLine. “We are trying to fit together as quickly as possible.  There are teams who have already played together, like Ellerstina and La Natividad, and that gives them a bit of advantage because they know each other. But I have played a lot with Diego and Pelon, and I think that Fran Elizalde is one of the best number twos in the world, so I’m happy with my team and looking forward to enjoying the season and having fun.”

The semifinals of the Tortugas Open is the first big challenge for La Dolfina, where they are set to play against RS Murus Sanctus. But 2021 will bring much for the Cañuelas-based organisation. La Dolfina Brava, with Cambiaso’s son Poroto, Rodrigo Ribeiro de Andrade, Guillermo Terrera and Jejo Taranco, will be fighting for a title, while La Dolfina BP, a team that composed of Mia Cambiaso, Candelaria and Milagros Fernández Araujo for the fifth season in a row, will compete in the V Ladies Argentine Open. The organisation will see the comeback of the British 10-goaler Nina Clarkin, who played and won with the team in 2017 and 2018.

Perhaps the most interesting development for La Dolfina is the support they will receive from some of the most significant international organisations: Amr Zedan’s Saudi, will support La Dolfina’s flagship team for the second consecutive year; Brava is behind Poroto’s team, and BP Polo and Hawaii Polo Life are supporting Mia’s team. Hawaii Polo Life will also support La Dolfina as a whole throughout the season. On this, Cambiaso says: “I’m very grateful to all the people who follow me during the year. At the end of the day, we have a great relationship with them, they are more than a sponsorship; we get on together, we go out. I go to Hawaii, I played with the Behs in Spain, we get along great together. I’ve known them since I was very young, so I am really happy to have them supporting me, and glad they made it to Argentina as well.”

Following their successful debut in the 2021 Triple Crown, the next step will be the semifinals of the Tortugas Open against RS Murus Sanctus, a contest that will be particularly interesting as they will be facing La Dolfina’s former members, Pablo Mac Donough and Juan Martín Nero, two players who wore the La Dolfina shirt for the last ten seasons. Beyond coming challenge, Cambiaso is focused on get to Palermo as best he can: “Obviously, when I get on the field I want to win. We know who we are, we aim to give it our best to get to Palermo the best we can. The first tournament won’t be that easy, because Pelón hasn’t been playing for the last three months, and I am encouraging him to play. So I really hope we can find our best form and fight for the titles.”