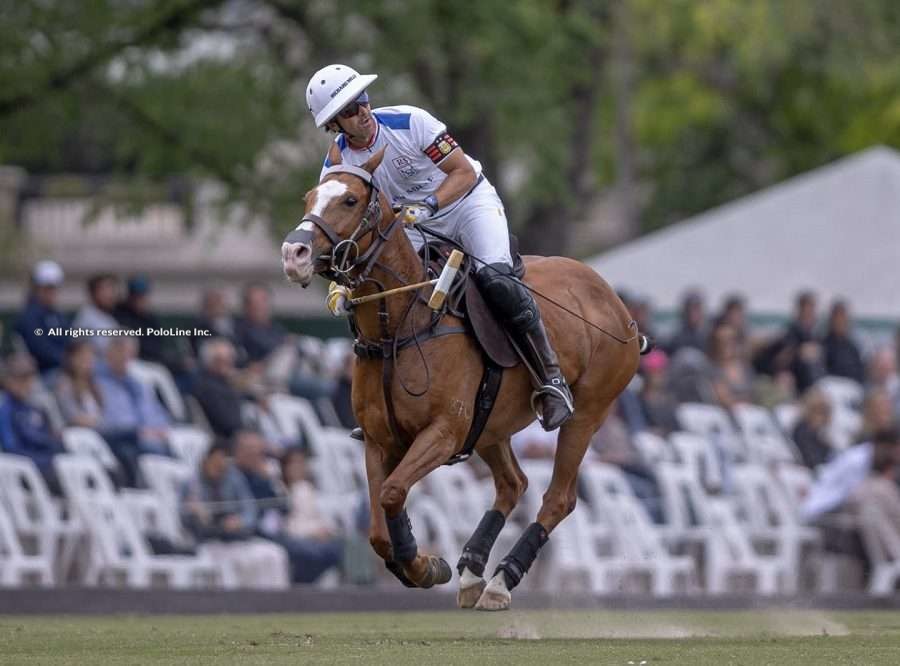 RS Murus Sanctus – Facundo Sola 9, Sapo Caset 10, Pablo NacDonough 10 and  Juan Martín Nero 10 – got off to a successful start in the 2021 Argentine Triple Crown, making it to the Tortugas Open semifinal. But they have had not luck in terms of injuries. First, Facundo Sola, the key man in Corinne Ricard’s organisation, had to be replaced by Cristian Laprida, and now Pablo Mac Donough, who suffered a pulled muscle in the semifinal against La Dolfina, will have to step down until the Argentine Open.

“I pulled my muscle, it is around a 10 mm injury, and that normally takes 20 days to recover from, so I will have to wait before playing again”, Pablo told to PoloLine during the team presentation at the French Embassy in Buenos Aires. “It happened at the start of the season and I will have to miss the Hurlingham Open, but I will be 100% for Palermo.”

Pablo Mac Donough, who stepped down from La Dolfina late last year, also spoke about the chances of making a comeback for the final stages of the Hurligham Open: “We have to get to the final, and of course, to get to play a final if you are not in top conditions, it’s better not to play at all. There’s a number of things that need to happen for me to able to play that game, but if there is one game I can play, would be the final – nothing before that.”

The 11-time winner of the Argentine Open concludes giving his impressions on RS Murus Sanctus’ team for the Hurlingham Open, considering that not only will he be missing out, but remembering that Facu Sola is still recovering from the injury he suffered during the Jockey Club Open: “Facundo is not doing well either, he hasn’t been playing, so we have to get together and figure out who’s ready to play and when. We have to decide if we are going to have two substitutes and we have to think about the horses as well. We really want to focus on Palermo, it is our main goal, and we want to do the everything we need to get in the best possible shape for November and December.”