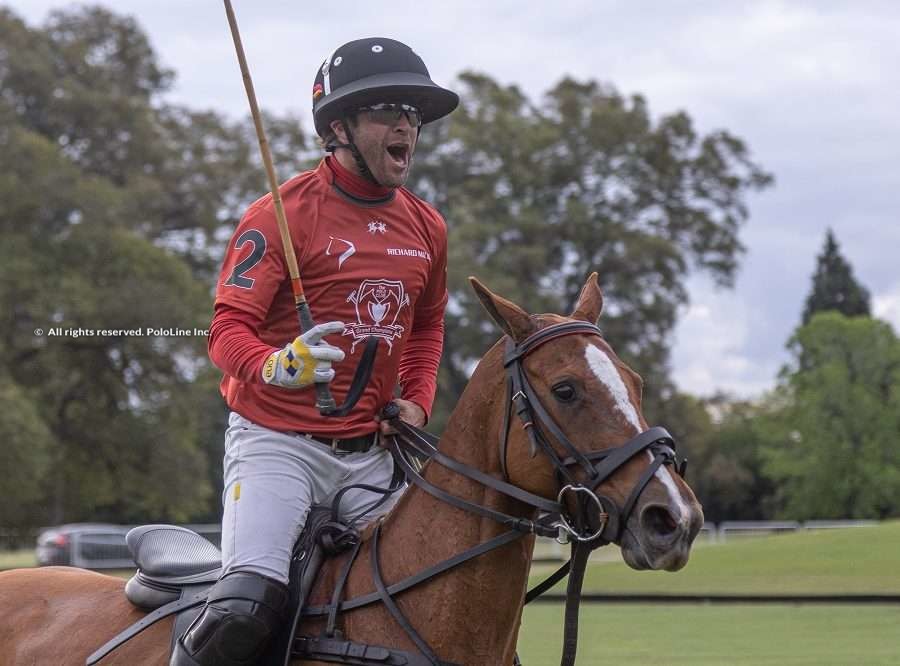 “I think we have chances, it’s very motivating”

When La Irenita Grand Champions was formed, they had a big dream. The lineup was made up of four great players, three of them playing in their natural positions, and Juan Martín Zubía returning as a back after two years. And at the same time, they are led by one of the best players of his generation, Pablo MacDonough. In addition, for Francisco Elizalde it was a great opportunity to improve his growth, indeed that steady growth he’s been showing in the last seasons, both in Argentina and abroad, that include many titles and finals he played in big tournaments.

“We were playing well. I think we had a mix of good moments and perhaps not that good, but I am very happy; in the moments we played really well and we were able to hit the ball, the team worked very well because we all four play very well as a team. It’s a lot of fun“, stated Fran Elizalde, after La Irenita Grand Champions’ win against La Irenita GSquared, at Palermo.

The last three years have been unforgettable for the La Pampa-born player. He claimed big titles in the US – CV Whitney Cup, 2020 – and England – British Open, 2022 -, in addition to particiate in important finals in Argentina – Hurlingham, 2020 and 2022; Palermo 2021 -; and France – Open de France 2020. These achievements demonstrate that Francisco Elizalde is one of the best players in the world and he is capable to adapt at his best to any team worlwide, and be seen.

With regards to the moment he is currently going thorugh, Francisco Elizalde says that “it’s very nice to be able to compete here, at the highest level, in a very competitive team. I think we have chances, so it’s very motivating; the day to day is really exciting, we are having a real good time. In addition, we have the opportunity to travel to nice places with the whole family. I am happy for that, and for the oppotunity to compete abroad alongside the best players. It’s always good to compete against or with the best. I am lucky enough to play with them, so it’s great, a pleasure”.

One of the most anticipated matches at Palermo is coming up, not only because the winner will qualify to the final of the Argentine Open but also because of the expectations of a game between La Natividad and La Irenita Grand Champions. Definetly, it is a contest not to miss – it is a rematch of the clash they previously played at the Hurlingham Open, that saw the MacDonough family’s organisation  victorious. “It will be a very difficult, tough game against La Natividad, anyone’s game. I hope it is a balanced final. So we have to wait and see. It will be a lot of fun”.

Last but not least, Fran is excited with his aim to be back to the championship match at Palermo once again: “The first goal is to qualify to the final, which would be a tream; it would be terrific to be standing there, singing the anthem. That’s the first thing; and then, try to win”.