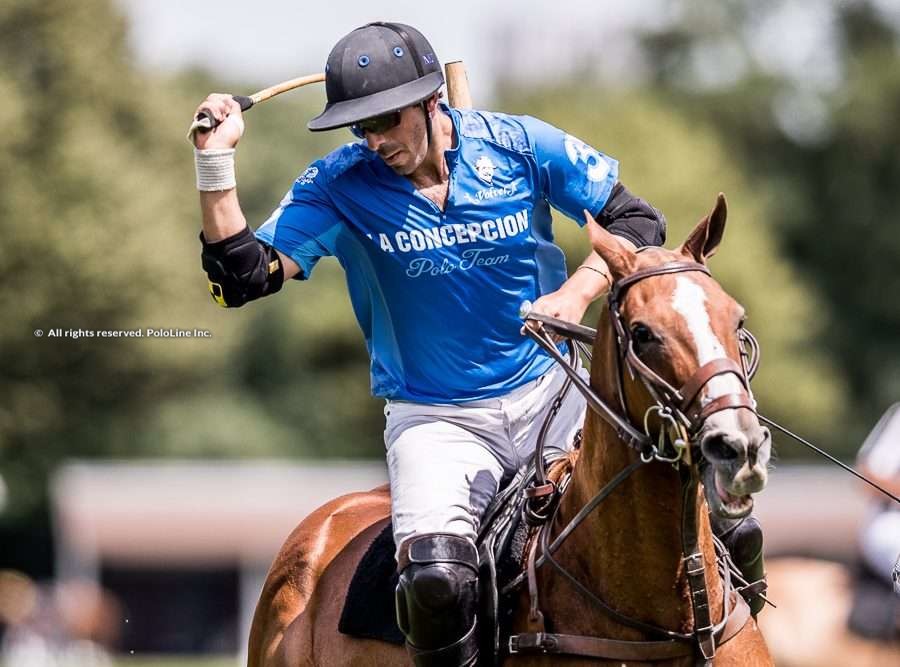 “I mostly aim to improve my horse string”

It seemed quite difficult beforehand for La Concepcion to try to equal or even do better than did in their very successful 2018 season in France – they won in Paris, St. Tropez, Deauville and La Moinerie, in addition to have reached many finals as well. One of the leading men within Hans Spek’s foursome was Martín Joaquín. The 30-year-old Argentinian was one of the most remarkable players of the year in France and now he’s back and reloaded in a very challenging 2019 for a team whose aims remain at the highest.

“Fortunately, we are doing very well; we won the first tournament (Tournoi de Printemps) and the two first matches of the second (Tournoi de la Ville de Paris). We are really, really and very happy with our team”, says Martín Joaquin, about the start of the season for La Concepcion Polo, in Paris.

However, the team was forced to make a change in the 2019 lineup – Simon Zavaleta’s handicap was raised and he couldn’t be able to continue within the organisation. His place was taken by a French, player, Jules Legoubin, who, according to Martín Joaquín, “is fitting very well, he is very well mounted, playing good”.

And adds: “We all enjoyed of our achievements last year, I hope we make it this year, as well. But the point is, you don’t have a year like our 2018 everyday, so when it happens, you have to enjoy it. I think we played great, we all got along very well, it was an incredible year. Of course we felt quite dissappointed after the final of the Open de Paris, but Sainte Mesme played such a fantastic match. It was a final, indeed, and they were in their best form that day”.

In addition to Martín Joaquín, La Concepción’s driving force within the team is Diego Braun, who has teamed up with Hans Spek since the German-born patron decided to give it a try in this sport. “We have a great understanding with Topo but, most of all, he is a very positive, cheerful person. He is such a great teammate, both on and off the field. He is very supportive and that’s the key point in order to work well; and when things don’t work that well, he is very helpful. He is a fantastic teammate and a fabulous player”, says the young player who is wearing La Concepcion’s jersey for the third season.

-What is so special about playing the season in Paris?
The season in Paris is incredible, very competitive. But above all, there is a great group of friends off the field and we spend a great time. There is a lot to do with friends, family, and many of them have been coming for several years. And my wife and I love to come to Paris. Beyond beyond the season, what I enjoy the most is making a living out of what I love the most. I feel privileged.

In addition to the path Martin Joaquin has built in France, where he plays polo since 2011, it is clear enough that the organisation he set up there has a lot to do with his improvement as a player. “I am doing quite well in France or at least, I feel very comfortable. I brought as many horses as I could, something like one or two horses every year, so I have many new horses, horse I already know, which I had in Argentina and myself made. I am happy about it”.

With regards about his own organisation in Argentina, he says: “I have new horses there, some of them are already playing. I work with a friend, Alejandro Calzoni, who is a breeder himself and who bought some mares and stallions from the Heguys. I am helping him with horse making and we both try the horses. We have horses for sale, too, we’re doing quite well. Around 20 or 30 horses are taken to Buenos Aires.”

Prior to having the organisation he is talking about, he remembers that “in 2005 or 2006 I did my first polo trip ever. I’ve just started to play a bit; Mariano Etcheverry, a great friend, invited me to play in South Africa, and we had a great time. I remember I went with another friend, Juan Cruz Islas. In 2011, I went to France for the first time. Back then, I played with Corchito Zavaleta, in Blackstorm; we went to Deauville in August.”

– Which are your goals for the next years?
I mostly aim to improve my horse string, something which is very important if you want to make a career in polo. I am doing my best to improve my string and have better horses. And in order to get better and better every day, I train and practice a lot. I’m very much looking forward to keeping up with it.