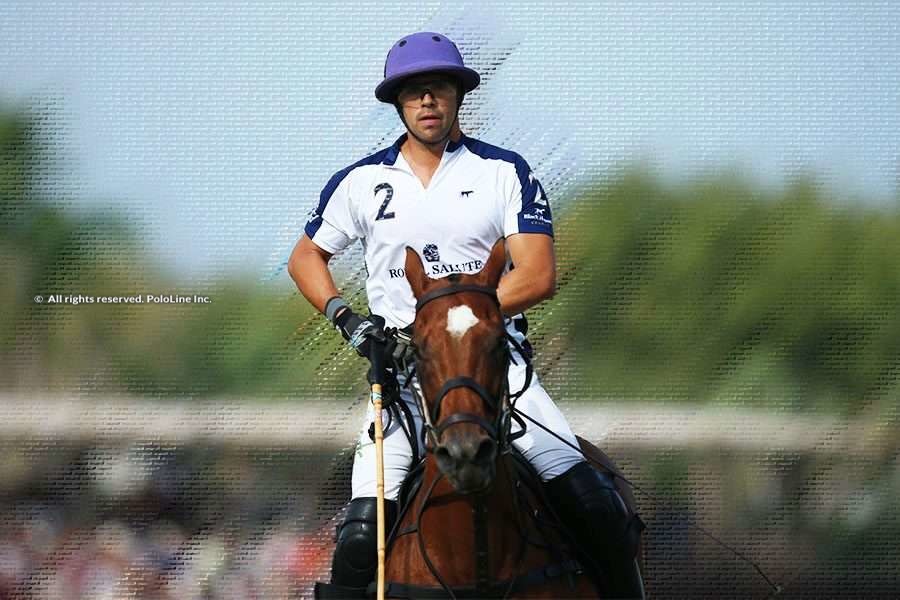 Santiago Cernadas is a regular on the international polo circuit. He has competed in tournaments in England, Switzerland, Spain; and now, the Argentine 7-goaler is playing in France. He is set to compete in the season in Deauville, as well as the Open de France in Chantilly, representing Alejandro Aznar’s Marqués de Riscal. Aznar has a long history in the medium goal in Santa María Polo Club, in Sotogrande, Spain, but this year he chose to change course and head to France. Playing besides Aznar and Cernadas are and Pedro Soria and Juan Cruz Greguoli.

“Last year, we played in Sotogrande, and this year we came over to France, because Alejandro also spends his holidays with his family here,” shares Cernadas. “He thought it would be more fun to play in Deauville and Chantilly this season.”

Marqués de Riscal’s organisation has been working hard to prepare for the 16-goal season in France. They will play the legendary Deauville season, composed of the Silver and Gold Cup, in August, and finish off with the prestigious Open de France in Chantilly in September.

Cernadas maintains that Marqués de Riscal “is preparing for the season ahead. Once the polo in Madrid came to an end, we had a couple of days rest, and then started playing practices in La Montana, in Madrid, preparing the horses and training as a team. Alejandro has good installations there, and that allowed us to prepare for the season in the best way possible.”

Cernadas learnt to play polo in his family’s farm in General Belgrano. At the age of 10, his family moved to Buenos Aires, but Santi continued playing polo “on the weekends, and whenever we could,” he says. “When I finished school, I started playing the season at La Cañada.”

How and when did you start playing in France?

I had played a few times in Chantilly and Saint Tropez. The first time I played the Open de France was four years ago. I love the Open de France because of the time of year and the quality of the fields. I also consider polo in France to be very good; it is very competitive.

This will be Cernadas’ first season in Deauville, however, and he shares that he has “high expectations” for the tournaments ahead. “It is one of the most important tournaments in France, and I would love to win it,” he tells. “But we know that several of the best organisations in Europe will be competing. We are going to have the chance to play against Talandracas, for example, a team who participated in the English high goal; it is very motivating to be able to measure oneself against those organisations.”

In terms of the Open de France, it must be noted that Cernadas is the current defending champion of the title, having won the tournament in 2018 with Sainte Mesme. He was invited to join the French organisation by Clemente Zavaleta, who had to head to Argentina to play the qualification tournament for the Open. For Cernadas, it was a tremendous moment in his career. “It was an honour,” he says. “The place and the organisation are incredible. Alexandra, Birger and Robert treated me very well. It was amazing. We had a fantastic team and we were able to beat Pancho Bensadon’s In The Wings, in what was a difficult final.”

How will you feel if Marqués de Riscal face Sainte Mesme in the Open de France?

Hopefully we won’t have to play against each other! But if we do, I hope it is in the final, and that we are lucky enough to beat them.