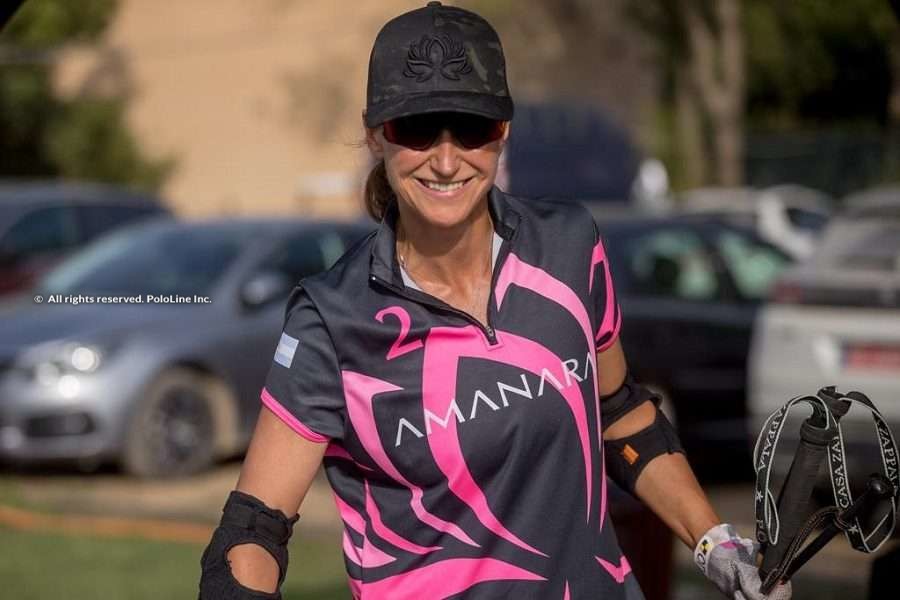 A historical edition of the Open de France will be kicking off on Friday with all matches streamed live on Pololine TV. Among the organizations that will be taking part is Nicky Sen’s Amanara, which will be opening the tournament against Le Pommeraye in the first game of the competition. After spending some weeks at Polo Club de Saint Tropez playing the polo season there, Nicky Sen is all set for a new challenge.

“As we started late this season and due to the current situation of the confinement in Argentina, Santi and Lolo will be able to stay longer in Europe. This allows us to play for the first time the French Open in Chantilly in September. We travelled from Saint Tropez to Chantilly to play the Open de France and afterwards we are going back to our home club Villa a Sesta, nestled in the beautiful hills of Tuscany to finish the season,” says Nicky to Pololine.

-How are you going through this unprecedented polo season?

My thoughts go out to all the people who are affected by COVID-19. Whilst I really love the polo sport, this year polo has a different priority in my life. I am grateful that so far we have been very fortunate and we were able to spend some time in our beautiful home club Villa a Sesta in Tuscany, Italy. Since July, we have moved to St Tropez where we started to play tournaments.

-Will it be your first ever time playing in Chantilly?

In 2013 I played the ladies tournament and whilst I was watching the 16 goals final of the Open de France, I could never have imagined to play it once myself. Very grateful for this opportunity and we are definitely ready for it!

-How happy are you that polo could finally get going on such a challenging year?

Obviously, the current challenges in the world are more important than playing polo. I am sure everybody agrees that COVID-19 reminds all of us that health and family are the most important things in life. I feel blessed after a long lockdown to have spent some time with family and friends in the beautiful South of France.

Nicky Sen will be sharing the team with Segundo Condesse Stanga, Santiago Laborde and Santiago Chavanne, who has been involved many years now with Amanara.

-How important is Santi Chavanne to your organisation and how long have you been playing with him?
Without Santi and his family the AMANARA organization wouldn’t exist! Gigi Richini, his stepfather, introduced me to Santi back in 2015. We played our first family tournament in Cuatro Vientos in Pilar in the same year. I knew instantly that this was the beginning of a long relationship.”

Santi shares his passion for horses with me and has become in my view one of the most renowned polo horse breeders in Argentina. He teaches me a lot about horses and he gives me the opportunity to ride and play his best ones which makes the addiction to polo even bigger. He is an excellent polo player and teacher which allows me to improve my polo.

-How was your time in Saint Tropez? What is it so special about playing polo there?

I just love the combination of playing competitive polo and at the same time enjoy the charm of the old town of St Tropez, the hills of Gassin and the beach of Pampelonne. The polo club in St Tropez has lots to offer; beside high quality fields and tracks, the infrastructure is modern and comfortable and the entire staff is super friendly.

At the end of 2019, for the Argentine Open match between La Dolfina and La Irenita, none other than Adolfo Cambiaso played one of Nicky Sen’s horses: Gete Origami. One of the highlights of her history with polo, definitely. “It was a dream came true! I was fortunate to buy Gete Origami at the Tanoira auction in 2013. Cambiaso saw her for the first time in 2018 when I played the final of the Copa Zafiro with Santi Chavanne against La Dolfina. Nearly one year later, after extensive training with Paola Martinez, Adolfito played the first practice with Gete Origami in La Dolfina and 3 days later, she was with him playing in Palermo!”

ALL MATCHES OF THE OPEN DE FRANCE WILL BE STREAMED LIVE ON POLOLINE TV.