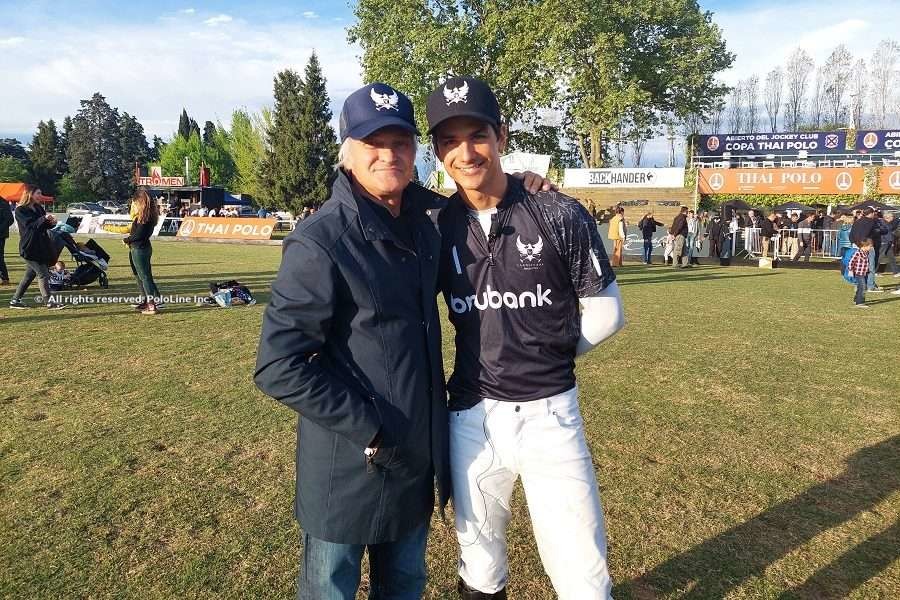 “I came back because I was excited about their enthusiasm”

After two years wearing La Dolfina Polo Ranch’s team jersey, Juan Britos is back to La Ensenada… and at his best, since he was able to clain the 56 Jockey Club Open Thai Polo Cup with La Ensenada, the team that saw him making his debut in the Argentine Open back in 2018. For Juano, currently rated at no less than a 9-goaler, this victory gives him more confidence towards the upcoming Triple Crown.

“I came back to La Ensenada, because I really like this team. All the players have a very big potential and they are all excited about it, so I was excited about that enthusiasm; that’s why I decided to join them”, said Juano following the final last Saturday.

In a really challenging final, that saw La Ensenada trailing by five goals in the second chukka. Little by little, they were able to find their best form, until they sealed the deal through an impressive dominance. “I think that we started playing quicker, we started marking a little bit better, we were playing a little bit slow at the beginning; to start very well, they are a great team, they started really well, while we didn’t start well at all. I think we started playing a little bit quicker, faster and better, so I think there was the difference for us, where we managed to set a couple of good plays, fortunately we succeeded. Barto played amazingly well, Alfre, it was great and lots of fun”.

La Ensenada ended up winning by a 17-12 score over La H, a team that was comprised by the Ulloa brothers, Salvador, Toly and Hilario, as well as Gonzalo Pieres Jr. Both teams played a great match, that was streamed live on PoloLine TV. And despite he is always nervous when he sees his son play, Juan Britos Sr. was incredibly happy over such an achievement. About this, La Ensenada’s player said: “I’ve always said to him and to my family: the things he did for me, I don’t know he had done it. I mean, he made a great effort for me to be here today and I have no doubt that I am here today doing what I like most in the world, is definetly thanks to him and my mom. I try for him to enjoy it a little bit more because even though he enjoys his way, he suffers a lot; so I try for him to be relaxed and enjoy where we are standing today because we made a big effort to be here. So I’m happy of having him at the pony lines. It is an extra boost for me to continue, so I am happy”.

And, to such compliment, Juan Britos Sr. replied: “The happiness I have today is huge, it’s one of the greatest satisfactions you have in life after all we’ve been through. I’m grateful to God for everything He gabe me, and also to all my family”.

After the well deserved celebrations, La Ensenada get ready to make their debut in the Tortugas Open, the first leg of the Triple Crown, against La Natividad, on Tuesday October 5, at 4pm. “Of course there are a lot of great teams, many very good teams, and you have to give your best to be able to compete against them. And that’s our goal: to be able to compete against every team and be organised in the best possible way, both individuallu and as a whole to be in conditions to play at that level. Because it’s not only about being focused, trained, playing well, but also to be very well mounted. We all have jobs overseas to be fortunate enough to invest in horses, so we are working on that”, concludes the winner of the Jockey Club Open.