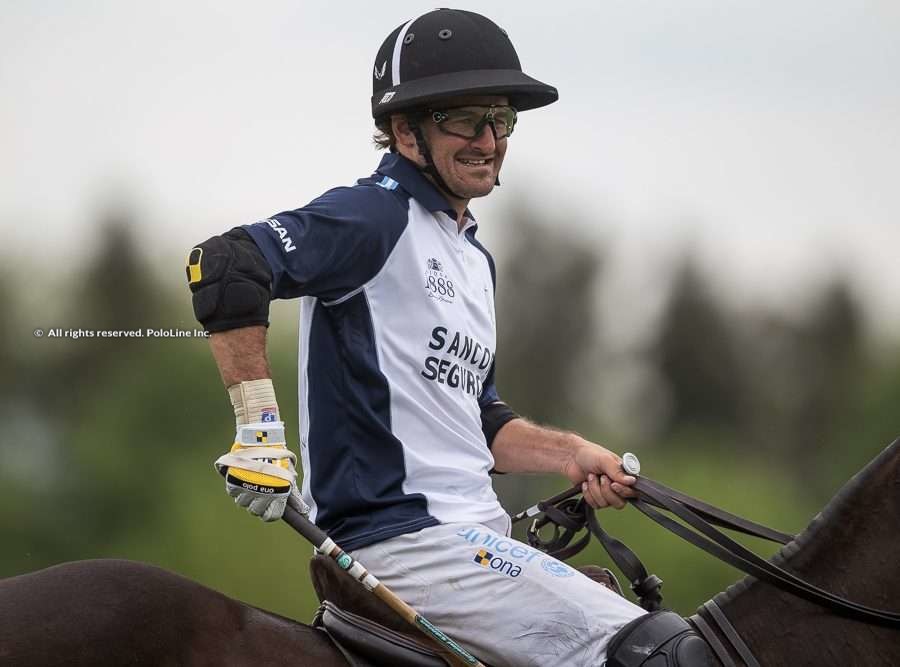 The British season is around the corner, as is the continuation of polo in other parts of the world, such as Santa Barbara. One of the players looking forward to getting back in the saddle is Uruguayan Pelon Stirling, the non-Argentine player with the highest number of Palermo Open titles under his belt.

But now, Stirling is focusing on the near future. “I am very excited to be able to play in England,” says La Dolfina’s number two. This pause has been complicated for everybody; it is our job, but I am delighted that all is starting over again. I have to get off to a slow start. But I am well aware of the whole situation; I am reading the British papers.”

Pelon Stirling is set t0 arrive in England with his family later this week. He will play the high goal season with La Bamba de Areco for a third consecutive year. However, the team will be different this season, as Stirling states:”The team will be called Next Generation Polo Team. The idea to change the name delighted Jean-François Decaux, as Poroto, who is a part of the new generation, forms part of the lineup. I am very much looking forward to playing the season with the two Cambiasos; Adolfito is very enthusiastic about the team, and I’ve never played with him in England.”

This union between the men who have won no less than eight Argentine Open’s together gives them the possibility of adding even more trophies to their collection. The team will be a favourite in both of the tournaments they will play in the United Kingdom. Regarding his stay in England, Stirling says: “We will be based at Emsworth Polo Club. La Bamba have been loaned the club, and we will live in Windsor. This is a team that was put togather at the last minute, because Jean-François was almost closing his polo. But he went to Argentina on holiday in November, and the team was born there.”

Next Generation Polo Team will be comprised by Jean-François Decaux, Pelon Stirling, Adolfo Cambiaso – in his comeback to England following a year absence, in 2019 – and Poroto Cambiaso, who, at only 14, will make his debut at the highest level of polo in England. This won’t be the first time Stirling will share a team with Adolfo Cambiaso’s son – in 2019, they played together and won the Cañuelas Cup.

“I see Poroto in the same light as I see the Castagnolas; these kids grow more and more everyday, both physically and as players. They play the whole year at a great level. Poroto has already shown a high level of play – he was fantastic in the 26-goal season in Palm Beach. He is used to playing 35-goal practices at La Dolfina, so he shows almost no respect for us veterans”, laughs Stirling. Of course, Poroto has already won a couple of World Polo League tournaments and is expected to make his Palermo debut in 2021.

To this date, seven teams have confirmed their participation in the English high goal season. “High goal in England is very competitive, there are big organisations, and there are very good teams playing this year, as well – Park Place, Great Oaks,” says Stirling. “It’s always fun and competitive. We will have to wait and see how we get on when the time comes.”

Stirling got off to a great start in 2020, playing with Las Monjitas in the Gauntlet of Polo, in Wellington. Prior to the COVID-19 outbreak that cancelled the season, Camilo Bautista’s team won the CV Whitney Cup and were getting stronger by the day. “I started the year with a new organisation in the US, and I felt very comfortable there, thanks to Camilo, mostly, who likes to compete and work well,” continues Stirling. “He enjoys having a good time and I felt that we had a great time. It was right to end the season then because it was clear that everything was getting worse. The idea is to return with Las Monjitas next year.”

Following the cancellation of the season in the US, the Uruguayan went to Chile, his wife’s home country. “A polo player comes and goes for most of the year,” says Stirling. “In my case, we only have a few free days after the Argentine Open, up until  mid-January. I am from Uruguay and my wife from Chile, so we don’t have much time to relax. One positive outcome of the lockdown was the opportunity to spend time together as a family. We were able to spend more time with the children, and with Jose’s family. Also, I was able to re-organise my breeding, and adjust things that otherwise one doesn’t pay attention to.”

After the season in England, Stirling will travel back to Argentina, where La Dolfina is due to defend their seven consecutive titles at Palermo. It maybe that this will be the last season for the team, one that has made history, or similarly, it will be “The Last Dance”, referring to the documentary, based on the Chicago Bulls, that has dominated screens during lockdown. “I watched the documentary, but I am not that sure that there are similarities,” says Stirling. “I always look forward to September, to that first practice, and I aim to give my best throughout the season. When the year is over, we will talk about how the team continues. Victories come and go, but what’s important are the great times we spent off the field, and those will stay with us forever.”