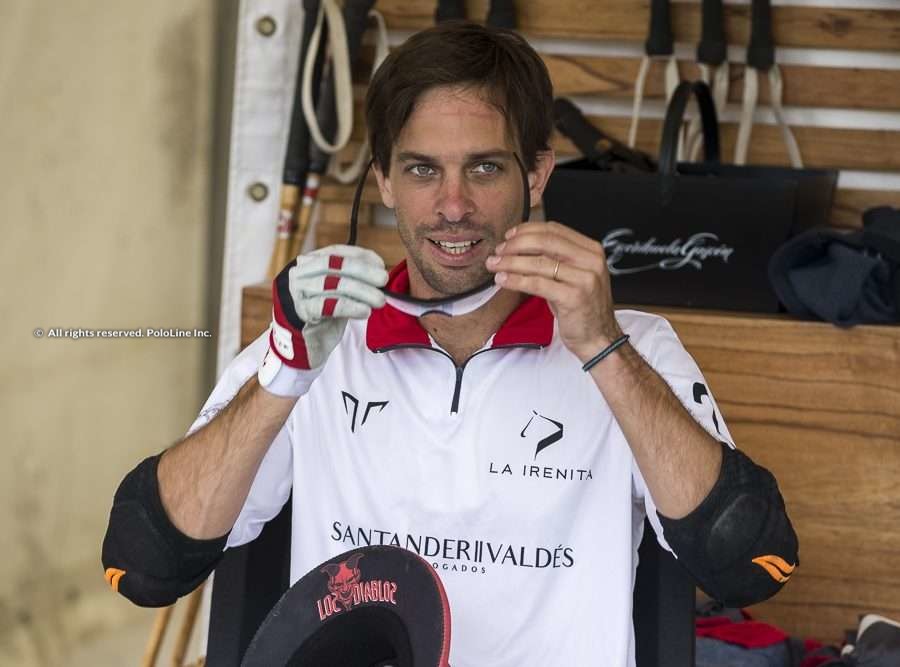 “I am very excited to play the Open de France again”

Polo in France is on a high. The country is considered to have one of the best medium goal fixtures, not only in Europe, but in the world, and the Open de France, for teams up to 16-goals, played at Chantilly, is one of the apex of the season.

This 2019 edition will welcome back reigning champions Sainte Mesme, but this year the team presents a change in its line-up. Birger Strom, Robert Strom and Gregorio Gelosi, who have just won the Open de Paris, are set to welcome Corchito Zavaleta, who returns to this competition after several years. Among other things, the fact that the qualification tournament for the Argentine Open begins later on in the year, has allowed Zavaleta to be present in France from September 7-22, the set dates for the Open de France.

“I am very happy to be able to play the Open de France once again, and with Sainte Mesme no less,” Zavaleta tells PoloLine. “We are preparing well for the tournament, just as we prepare for every tournament with Sainte Mesme. It is a very special tournament because it is one of the highest rated in France, and because of the dates—post Sotogrande season—it is usually trickier to win.”

After breaking the curse which prevented them from winning the Open for several years, Sainte Mesme finally lifted the trophy in 2018. Zavalenta explains that the victory was very important for the organisation because “it wasn’t happening for us, and not winning it was a weight on the organisation, especially as the last time they won it was in 2009.”

This year’s tournament will be particularly important for Zavaleta, who has played the last three editions of the Argentine Open. “I am very excited to be able to play again, especially since I have never won it. Not only that, but I lost the final in extra chukka—both times I played it!”

Married to Isabelle Strom, Birger’s daughter and Robert’s sister, Clemente Zavaleta has formed part of the Sainte Mesme family for several seasons, both as a player and as a manager. He is the man behind the movements of the organisation, both on and off the field. “It is always special when you play with family,” he adds.

Once the Open de France comes to an end, Zavaleta will return to Argentina to try and qualify for the Argentine Open. The qualification tournament is scheduled to take place between October 16-31, and La Irenita is a favourite to qualify. While his focus is currently on Chantilly, Zavaleta is always thinking about the season in Argentina: “I am very excited to continue playing with La Irenita in Argentina.”

It is clear, however, that his objective is the one that lies ahead. “We are hopeful that we will be able to win the Open de France, and that is our goal,” he says. “Then, it’s just a case of seeing how far we get.”