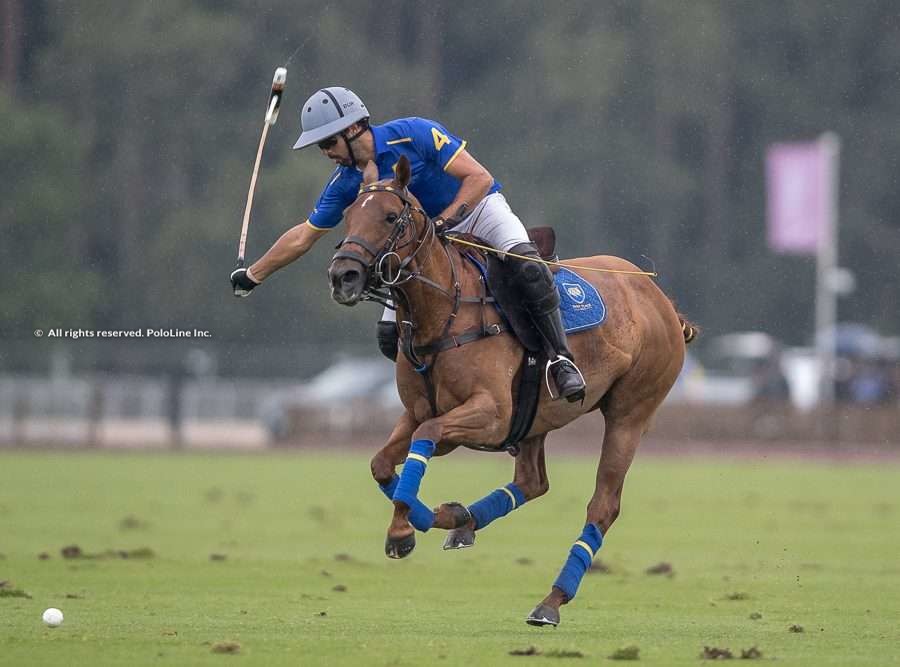 “I am trying not to think about the final too much, so I don’t get nervous”

The prestigious Queen’s Cup, played at Guards Polo Club, comes to an end on Sunday. Eight players have the chance of winning the title and accepting the trophy from Her Majesty The Queen—one of them is Argentine Benjamín Uquiza, who has represented Park Place since he played the Prince of Wales Trophy with them.

“The team is in good shape,” says twenty-nine year old Urquiza. “We want to win, which I think is very important. Hopefully we will be able to play our best on the day. I still can’t believe that we have made the final of such an important tournament. I am trying not to think about the final too much, so I don’t get nervous.”

Urquiza, in the days running up to his first English high goal final, shared with PoloLine that his earliest memories of the Queen’s Cup always revolved around the fact that “Cambiaso or Facundo almost always ended up winning it.”

Andrey Borodin’s organisation had originally announced that South African Byron Watson would complete their line-up, but in the end Urquiza was put in at Back instead. The Argentine was already in England playing the medium goal. “I got a call at the start of the season to see if I would fit in the team, and luckily it worked out,” explains Urquiza. “I have ten horses in England, and I play the 18-goal with Four Quarters. This is my sixth year with them. In Argentina, I get a lot of help from my father and my brothers. They work hard to help me out with the horses.”

What can you tell us about the organisation at Park Place?

Park Place is one of the best organisations in the high goal. They really work to make sure that every person on the team can give their best. That was what surprised me the most.

How did you feel after winning the semifinal against La Indiana, and receiving so many positive messages?

I have always watched the best players in the world playing these types of finals, and I can’t believe that now I get to share the field with them. I have received so much support, and knowing that I have so many friends cheering me on in Argentina makes me very happy.

It was on Wednesday that Park Place beat last year’s rivals La Indiana, the team that stole the 2018 Queen’s Cup title from right under their nose. It was a tough match, but thanks to their personality and well thought-out plays, Park Place managed to secure a solid advantage in the fourth. La Indiana started to make a comeback in the final two chukkas, but Park Place held their ground. Now, only Scone stands before them and the title. “I think the final will be determined by the team that has the most discipline, that will be the key to the game,” says Urquiza.

Both Park Place and Scone boast several advantages, beyond their pony power and the talent of their players. Park Place has three of the 2018 Queen’s Cup finalists in their line-up, while Scone has the dynamic Beim-Harper duo, winners of last year’s Gold Cup. “The match really could go either way,” affirms Urquiza.

He concludes: “Obviously this is the best moment of my career so far. I hope to be able to continue improving and have the chance to play at this level more often. But now I am focused on Sunday; I’ll have time to think about the future later.”