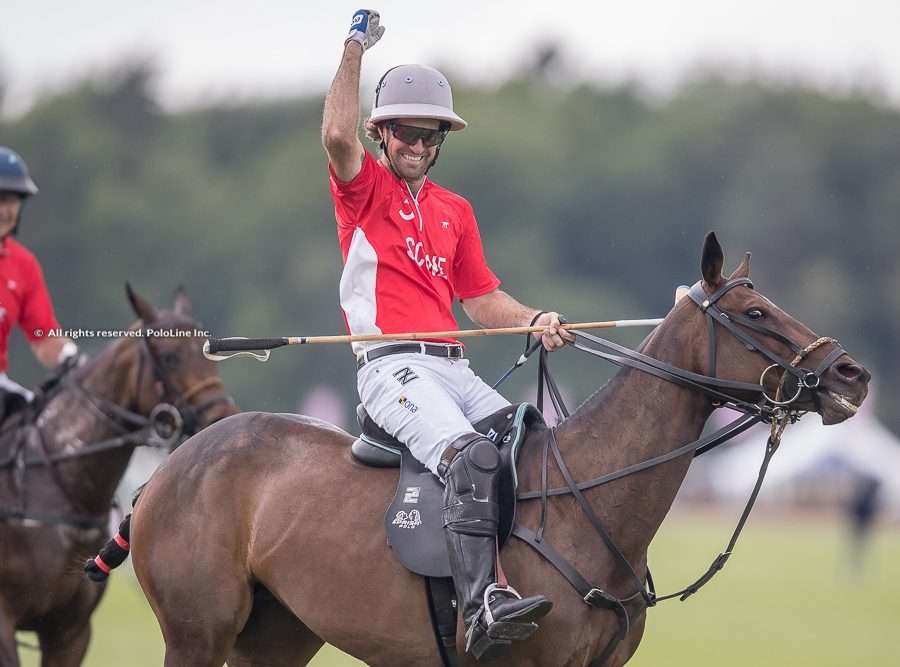 “I want it to be Sunday already”

Sunday’s Queen’s Cup final will see Scone and Park Place go head to head. While there will be several experienced players on the field, there will also be a few playing the final for the first time. One of them is Nico Pieres. The twenty-eight year old Argentine has played the final of the Gold Cup before, but this will be his first Queen’s Cup final.

“The team is in good shape for the final,” states the Ellerstina player. “The truth is that we have had to play several tough matches; we had three really hard games in the second round. We are very happy to have qualified for the final. Now we just have to go out and play our best.”

“The final is going to be very tough,” he continues. “Park Place played a great semifinal, and they performed well in the quarters and in their last zone match, too. They have been on great form. Their victory against La Indiana really boosted their confidence. They deserve to be in the final.”

After starting the Queen’s Cup with two consecutive losses, Scone straightened up and pushed out four victories in a row. Playing alongside Pieres are James Beim and James Harper, who have been playing together for many years, both in club teams and on the English National Team. In 2018, Beim and Harper achieved what many polo players dream of doing: they won the Gold Cup at Cowdray Park. “Playing with Beim and Harper, who have been playing together for so long, has worked out well,” says Pieres. “It is great that they have played together before, and that they know each other. It was easy for me to fit into the team. They are great teammates and they play very well.”

After his performance in last year’s season, Gonzalo Pieres’ youngest son received the call to join the Australian organisation. “James Harper called to see if I was available to play with them this year, and I said yes straight away.”

As Nico stated, Scone’s matches in the second round of the tournament were very intense, especially their encounter with Talandracas, who were undefeated up to that point, and their clash with VS King Power. “Our horses are in good condition,” tells Pieres. “We have been demanding a lot from them because we had a long qualification round, but they are doing OK. They are as they should be, and the team is working well, so we are happy.”

Thinking about what lies ahead against Park Place, he adds: “I am really looking forward to the final; I want it to be Sunday already. Hopefully it works out for us.”