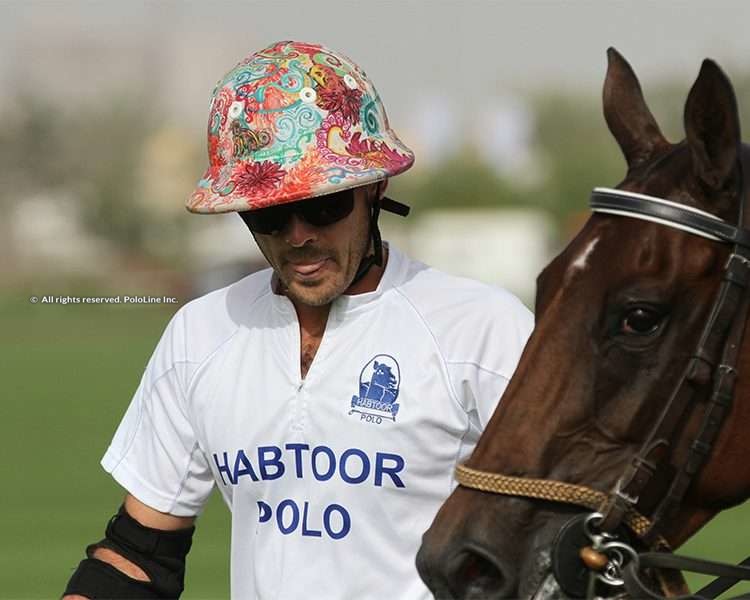 Facu Sola: “We started off well and that is the most important thing”

Habtoor began the Dubai Gold Cup Series in the best way possible: winning. In the opening match of the Silver Cup, they managed to beat Zedan by 11 goals to 7; Habtoor’s next challenge comes against Mahra Polo, who they face on Monday, January 28.

“The team went well,” shares Habtoor’s leading man, Facundo Sola, who scored four goals in the debut match. “We started playing well and the horses were in shape. It is only the first game, though. Zedan didn’t have the best start, we were lucky in many plays and were able to establish an advantage in the first three chukkas. We played well.”

“We still have a lot to work on; the matches just get tougher from here on out,” continues Sola. “Zedan stumbled at the beginning, but they are a fantastic team and will surely improve a lot. Perhaps their horses were a bit heavier, and that changes a lot from match to match. But we started off well and that is the most important thing.”

For a third consecutive season, the Dubai Gold Cup Series is being played at Al Habtoor Polo Resort & Club, which boasts three first-class fields, a hotel, villas, and exceptional equestrian installations. “The field was very good,” tells Sola. “It has been a while since I played in Dubai—I played in Ghantoot last year—and the field was in great condition on Friday.”

This year marks the tenth anniversary of the Gold Cup Series, and this season Habtoor, one of the leading polo organisations in Dubai, have put together a very strong team, composed of Facundo Sola, Mohammed Al Habtoor, Tommy Beresford and Hugo Lewis. The main objective of the series is to conquer the Silver Cup and the Gold Cup, the most prestigious tournaments in the Emirate.

“I am not thinking that far ahead,” concludes Sola. “I am thinking in the upcoming match and how to play it. But there are a lot of tough teams, so it is going to be very competitive.”

The Silver Cup continues on Monday: