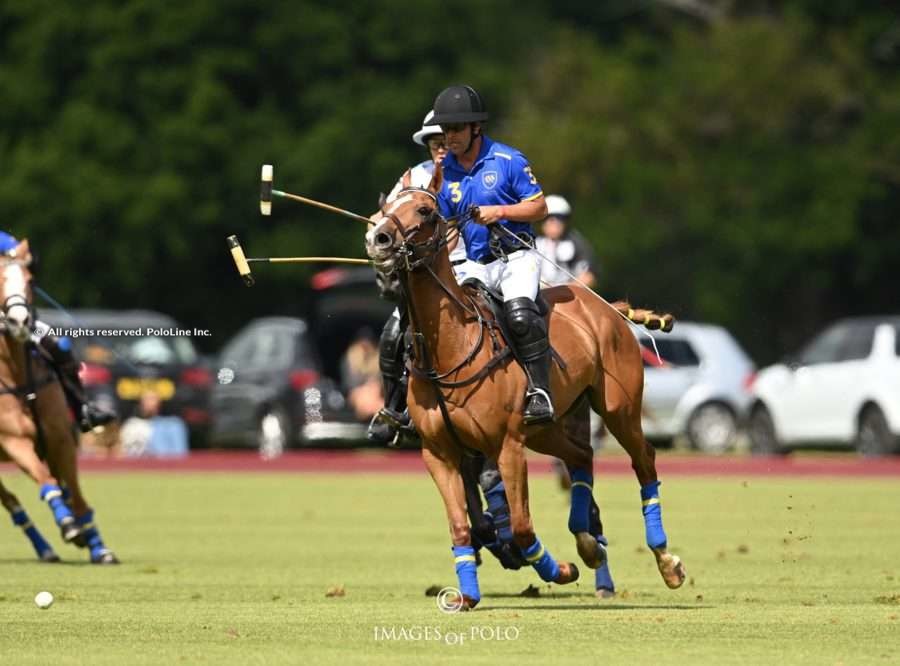 “Everything is very even, it’s going to be tough”

Park Place, previous runner up of the Queen’s Cup (in 2018, 2019 and 202o), made it to this year’s tournament quarter final despite two consecutive defeats in the league stage. As one of the biggest and most remarkable polo organisations in the world, their aim was to beat an undefeated Dubai and move forward in the tournament. After securing a five goal lead in the first half, Andrey Borodin’s team managed to take a 16-15 victory to qualify for the semis

“We had some good matches and some very bad matches,” Park Place’s Francisco Elizalde told to PoloLine. “But we met up as a team several times and gained confidence. I think we were not that strong stick-and-balling. We had to stay relaxed in order to steal the ball and gain quick possession of it. We knew things would go well if we kept calm.”

“We knew we would have a very tough challenge against Dubai; until then, they were the best team of the tournament,” continues Elizalde, who is representing Park Place for the first time. “We had to keep focused, and we were lucky enough to play very well in the first half and secure an advantage. We did not do that well in the fourth, whereas they played very well in that chukka. The two last chukkas were very close, but fortunately luck was on our side.”

Elizalde, who was named MVP of the match, continues: “I tried to contribute to the team as much as possible. I was not conscious whether I was playing well or not, I only tried to help, to control the ball, and be accurate with my passes. When our contenders took possession of the ball, I tried to steal it back from them.”

Their win over Dubai means that Park Place have qualified for the Wednesday’s semifinal, where they face Great Oaks Les Lions, who defeated reigning champions, UAE Polo, on Saturday. The semifinal will be notable as it will be a rematch: Great Oaks Les Lions defeated Park Place in the the Queen’s Cup final in 2020. On this occasion, however, there will only be four players repeating that match: Facundo Pieres, Andrey Borodin and Will Harper for Park Place, and Dillon Bacon for Great Oaks Les Lions.

To conclude, regarding the level of the high goal season in England, Elizalde shares: “It is all is very balanced, teams are winning matches by just one or two goals. There are great teams, and many very good teams lost in the quarter finals. It is very tough.”