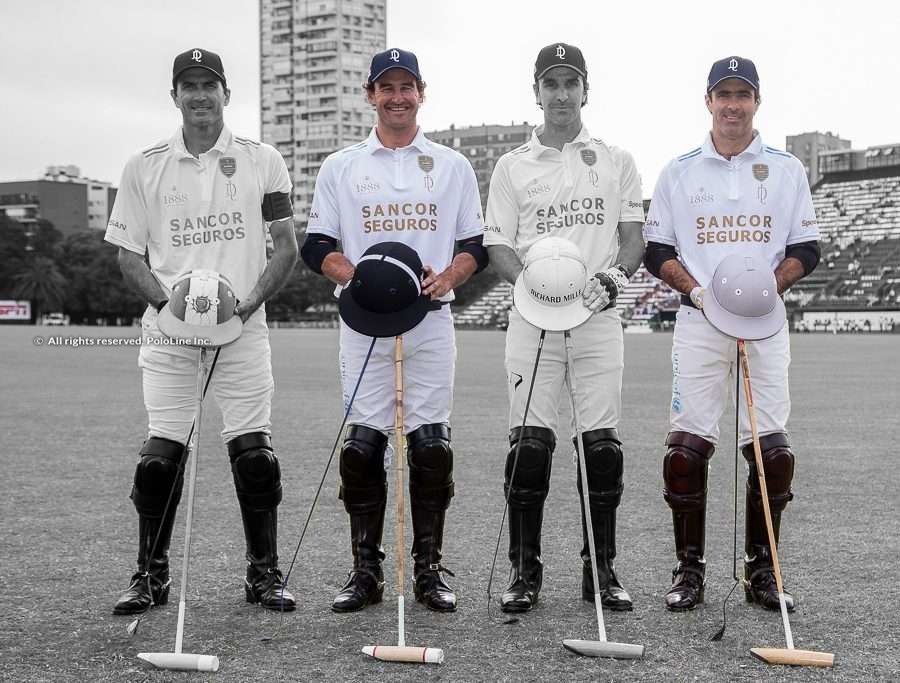 A partnership that goes beyond the limits of a polo field

Last Saturday, Juan Martín Nero and David Stirling played their 100th match together representing La Dolfina in the Argentine Triple Crown. Not at all bad for a duo that has won, among other championships, seven titles at Palermo. But it is plain to see that the relationship the players have formed on the field is directly influenced by the strong friendship they have built off the field, one that has grown year on year, thanks to sharing teams in England, Spain, and the Dominican Republic.

In 2010, Pelon Stirling represented La Dolfina for the first time, and in the final of the Argentine Open, he went up against Juan Martin Nero, who was playing for Ellerstina at the time. “Juanma was a good player and we made him much better,” laughs the Uruguayan. “We already knew each other off the field, which is what one most values from all this, I think; friendship. Then everything that has happened followed, and luckily we are all still playing together. I hope we can continue to do so and continue reaching finals as we have done so now, qualifying for the final of Palermo.”

“Luckily we stopped playing together abroad, because the year seemed interminable otherwise!” jokes Stirling. “Both our families enjoy it a lot, it is a lot of fun.”

On the other hand, Nero, who is originally from Trenque Lauquen, remembers a 2009 match well, when defending champions Ellerstina lost to Indios Chapaleufú II, which boasted Stirling in the line-up, officially making his Palermo debut.

“They thrashed us that day, we lost to Chapa II on Palermo’s number one ground, and that forced us to go out and win by a lot,” continues Nero. “I think we qualified for the final that year by the skin of our teeth. But I already knew Pelon, and I knew he was a good player. He had the chance of debuting with a good team, with the Heguy’s in Chapa II. And he didn’t let them down. There is a reason he then got the chance to play for La Dolfina.”

Regarding his relationship with the non-Argentine player with the highest number of Open titles, Nero tells: “We started playing together abroad years ago, with Loro Piana around 2006 or 2007. I am convinced that we have done so well as a team because of the great friendship we have all developed, and our families have developed off the field. I think that is the key to this team: we have built a great friendship, and that makes everything flow a lot better on the field.”

One of the most outstanding aspects of this La Dolfina team that has just reached the 100 match milestone, is that each player has an established position, and beyond that, the four are considered the best players in the world in their respective positions. David Stirling, always smiling and considerate, laughs: “Looking back and seeing Juanma is a disaster; he’s like a sieve! But on a serious note, I enjoy playing alongside the best number one in the world, the best number three in the world, and the best number four in the world. I am very grateful to have these guys playing with me.”

“It is incredible that we have played 100 matches together,” shares Nero, La Dolfina’s number 4. “Time has flown by. When we put this team together, we never thought that we would play together for so long, let alone win everything that we have won. One perhaps tires to not think about it so much and just live in the moment. We will start to look back when we retire, but today I think that we have to focus on the Open, and try and win it.”

Lastly, prior to playing his tenth Argentine Open final, Stirling consideres his rivals: “Playing against Ellerstina has now become a classic. It is always very tough, but there is always good sportsmanship. I think that both teams try to play open polo, which is fun to play and to watch.”

La Dolfina and Ellerstina will play the final of the 126th Argentine Open on Saturday, at 5pm.