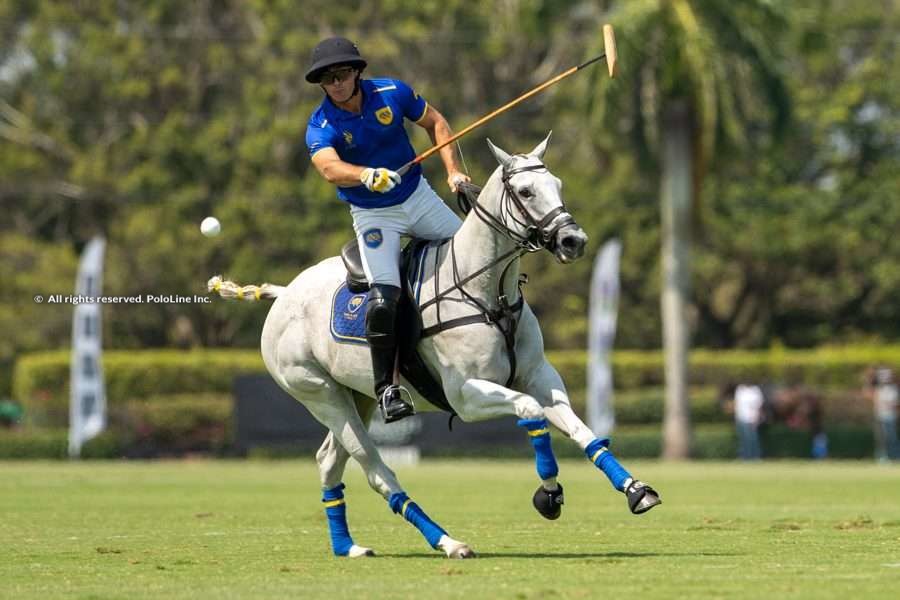 US Polo Assn, official brand for the United States Polo Association (USPA),  welcomes American polo player Matt Coppola as the multi-billion-dollar, sport-inspired brand’s newest global ambassador. Now 26, Coppola has been playing professionally since he was 14 years old and played in the semi-finals of the 2011 U.S. Open Polo Championship at the age of 16. Today, he is one of the highest handicapped American players.

The scope of Coppola’s year-long role as global brand ambassador is broad and designed to shine the spotlight on the dynamic crop of young and talented polo players coming up through the ranks. Coppola will be outfitted in U.S. Polo Assn. apparel and gear both on and off the field, will post regularly about his polo-related and other daily activities on social media, and will engage in media requests for interviews and campaigns.

“U.S. Polo Assn. is proud to welcome professional polo player Matt Coppola to our outstanding roster of global brand ambassadors for 2021,” said J. Michael Prince, President and CEO of USPA Global Licensing, which manages the multi-billion-dollar U.S. Polo Assn. brand. “Coppola is an exceptional polo player who has come up the ranks quickly in the U.S. He is an excellent representation of what our brand is all about – sport-inspired, youthful, vibrant and fun.”

Born and raised in Wellington, Florida, by show jumper Jesse Coppola and professional polo player Tony Coppola, he developed a love for horses at a very young age. Today, Coppola travels the United States and Argentina to play professional polo throughout the year and works with his father to help give racehorses a second career in polo. Coppola is also a graduating member of Team USPA, a prominent program developed and managed by the USPA to develop young American polo players for the highest levels of competition.

“I could not be more excited to represent U.S. Polo Assn., with whom I have worked over the years through the brand’s sponsorship of the GAUNTLET OF POLO,” said Coppola. “As a professional polo player, it’s meaningful for me to represent a brand that’s authentically connected to polo and gives back to the sport and its players.”

Coppola has competed in the 2019, 2020 and 2021 GAUNTLET OF POLO® competitions in Wellington and has triumphed in many of these prestigious tournaments. With a shooting accuracy of more than 70 percent, Coppola, who played for Las Monjitas, ranked second out of all the players in the 2019 GAUNTLET and first for shooting accuracy in the U.S. Open Polo Championship. In 2021, he played in the GAUNTLET with Park Place, alongside Andre Borodin, Hilario Ulloa and Juan Britos, winning the prestigious C.V. Whitney Cup and making the finals of the U.S. Open Polo Championship.

To learn more about Coppola and to see him play in these exciting events, visit globalpolo.com.

U.S. Polo Assn. is the official brand of the United States Polo Association (USPA), the nonprofit governing body for the sport of polo in the United States, and one of the oldest sports governing bodies, having been founded in 1890. With a multi-billion-dollar global footprint and worldwide distribution through some 1,100 U.S. Polo Assn. retail stores, department stores, sporting goods channels, independent retailers and e-commerce, U.S. Polo Assn. offers apparel for men, women and children, as well as accessories, footwear, travel and home goods in 180 countries worldwide. Recently ranked the 5th largest sports licensor in License Global magazine’s 2020 list of “Top 150 Global Licensors,” U.S. Polo Assn. is named alongside such iconic sports brands as the National Football League, National Basketball Association and Major League Baseball. Visit uspoloassnglobal.com.

USPA Global Licensing Inc. (USPAGL) is the for-profit subsidiary of the USPA and its exclusive worldwide licensor. USPAGL manages the global, multi-billion-dollar U.S. Polo Assn. brand and is the steward of the USPA’s intellectual properties, providing the sport with a long-term source of revenue. Through its subsidiary, Global Polo Entertainment (GPE), USPAGL also manages Global Polo TV and produces global broadcasts and live streaming that bring greater awareness to the sport of polo. Visit globalpolo.com.