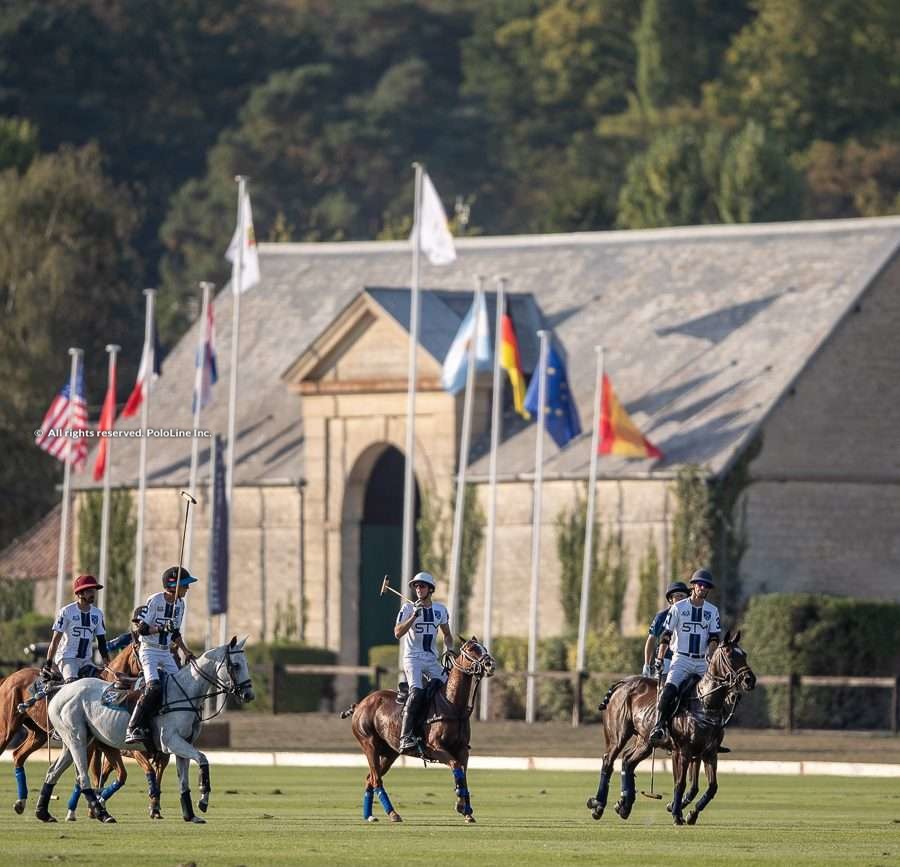 The Open de France, that takes place at Polo Club du Domaine de Chantilly is, without doubts, one of the most prestigious polo competitions worldwide and the highest point of the so-called French Triple Crown, comprised by the Coupe d’Argent and Coupe d’Or, in Deauville and Open de France. And, in such a challenging year in human history, the Open de France celebrates its 20th. Anniversary.

The Open de France was created by a great visionary as well as one of the most renowned personalities of polo in France – Patrick Guerrand Hermes, who established a unique tournament that attracts many of the world’s best players every year. In addition, Guerrand Hermes is one of the most important and enthusiastic promoters of polo in France, and who followed the footsteps of Baron Robert de Rothschild, the man who started to organise the first polo matches in Apremont, in 1920, in the lands that the Polo Club du Domaine de Chantilly would be founded many years later; La Ferme d’Apremont features spectacular fields, sorrounded by a charming entourage, close to the splendid Chateau de Chantilly, and all set only 40 minutes away of the beautiful Paris, the City of Lights.

The dream began back in 1995, when Patrick Guerrand Hermes and a group of friends got an available land at La Ferme d’Apremont where they started to work to create the Chantilly Polo Club. The job was not easey at all; in fact, and with the number of residents growing up, the place was not yet able to house many horses. That’s why neighboring farmers contributed in the development of the club. But still, the Polo Club du Domaine de Chantilly was unveiled in 1996.

From then on, the growth of the Polo Club du Domaine de Chantilly had no limits; thanks to Patrick Guerrand Hermes’ efforts, several of the best polo players around the world went to Chantilly to play the first tournaments, which indeed helped to the development and growth of polo in France. In addition, many French players use the Apremont grounds to either practise and training, The beauty of the place and the quality of the fields makes Apremont a dreamy setup, not only for polo players but also for all those who are fond of equestrian sports, and the ideal location to meet with family and friends, who share the passion for horses.

Moreover, several worldwide renowned events were held in Chantily. Among others, one World Championship and two European Championships. But in 2000, exactly 20 years ago, Patrick Guerrand Hermes came up with a great idea which ended up to be his greatest achievement, a unique and special tournament – the Open de France. The competition, played in September and for teams up to 16 goals, is the ice of the cake of the polo season in France  and have always attracted the best players and teams from all over the world.

This significant achievement is not and exception, because the 2020 Open de France celebrates this milestone with the participation of some of the the great stars of the sport, such as polo’s current biggest sensation, the Castagnola brothers, Barto and Camilo; Clemente Zavaleta, Jota Chavanne, Santiago Chavanne, Alejandro Muzzio, Juan Gris Zavaleta, Guillermo Terrera, Tito Ruiz Guuiñazu, Tomás Beresford, Martincito Aguerre, Francisco Elizalde, among others; they are all a part of powerful organisations led by renowned patrons like Edouard Carmignac’s Talandracas, Birger and Robert Strom’s, Sainte Mesme; the recent winners of the Queen’s Cup in England, Dillon Bacon’s Les Lions Panarea; the Aznars Marqués de Riscal, who recently claimed the Coupe d’Or in Deauville; Nicky Sen’s Amanara; the Sztarkmans’ Majoa Paris; Derek Smith’s Le Pommeraye and Thomas Rinderknecht’s Marquard Media, who played their first Open de France back in 2001.

In addition, the Open de France has its ladies tournament, the Open de France Féminin, also for teams up to 16 goals (ladies handicap), which always sees some of the best ladies players in action. Names such as Lia Salvo, Nina Clarkin, Caroline Anier, Lavinia Fabre, Naomi Schroeder have engraved their names in the trophy’s history.

Founded by Patrick Guerrand Hermes and directed by Philippe Perrier from day one, they are indeed the heart and soul of the Polo Club du Domaine de Chantilly. Everybody owe them a great deal to the develop and growth of one of the most renowned polo clubs worldwide and the site of the Open de France. Competition at the highest level, first class top players, learning, training and an exceptional entourage is what the club offers to enjoy such a wonderful sport like polo, just around the corner of the lovely city of Paris.