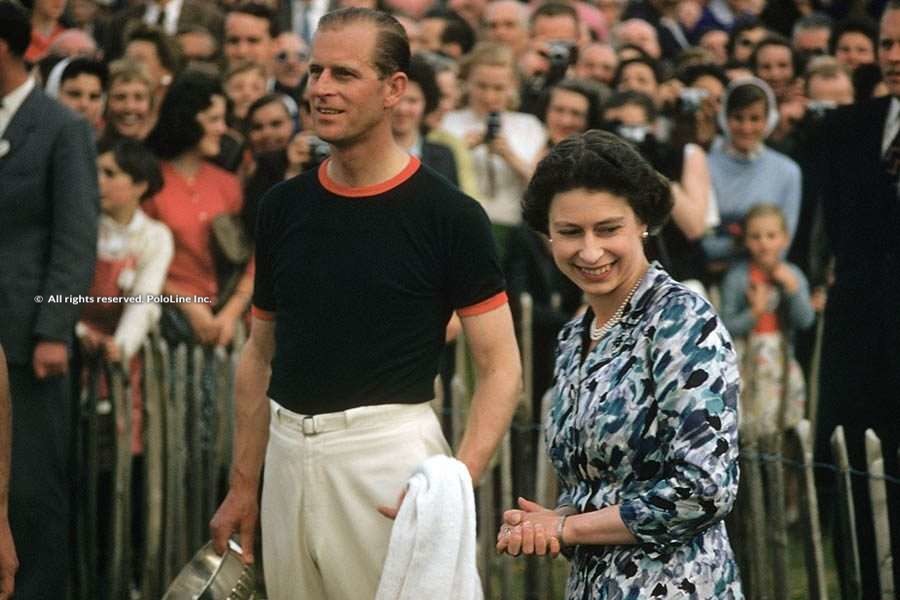 On Friday, April 9, the world awoke to the sad news of the passing of His Royal Highness Prince Philip, Duke of Edinburgh. The House of Windsor announced that the Duke passed away peacefully that morning at Windsor Castle. He was 99 years of age – he would have celebrated his centenary on June 10.

Philip left an extraordinary legacy, not only as the longest consort in the history of the British Monarchy, for his devoted life to duty and service to Her Majesty, but also for his contribution to the sport he loved, polo. He was a remarkable player, founder of Guards Polo Club, and two time winner of the British Open Gold Cup. He played with some legends of the sport, such as Alberto Pedro and Horacio Heguy, Gonzalo Tanoira, and Lord Patrick Beresford, among others.

A portrait of a Prince who came from Greece

The Duke of Edinburgh and his passion for polo and horses

The Duke of Edinburgh’s long live was split between the royal duties and sports, mainly polo, of which Philip was very fond of. He was encouraged to play polo by his uncle, Lord Louis Mountbatten, nicknamed Uncle Dickie, who started playing polo in 1921 while serving in India. Lord Mountbatten turned out to be a very good polo player, rated at 5 goals. He had his own team, The Blue Jackets, was President of the London Polo Committee, and he even wrote a book, “An Introduction to Polo,” in 1931, which it is, to this date, one of the most valuable polo books ever written.

Uncle Dickie shared his passion with his nephew while in Malta. Like his uncle, Philip also reached a handicap of 5, and his usual position was at Back. He frequently played tournaments with his friends Archie David, Lord Beresford, the Marquis of Waterford, Paul Withers, and later, in the 60s, with his eldest son, Prince Charles. Unlike other amateur players, Philip took his job as a polo player very seriously, always hiring the best players of the time to represent Windsor Park. In 1957 and 1966, Windsor Park won the British Open Gold Cup at Cowdray Park Polo Club, with a lineup that included Prince Philip, the Marquis of Waterford, Lord Patrick Beresford and Gonzalo Tanoira, the Argentine 10-goaler, one of Philip’s great friends, whose talent on the field earnt him the nicknamed “Speedy.”

From 1958 to 1965, the Duke won several medium goal tournaments, such as the Royal Windsor Cup and the Cowdray Park Challenge. Windsor Park also played in the US, reaching a final in a tournament in Boca Raton.

Prince Philip traveled to Argentina on several occasions to play his favourite sport. He was even able to play the Hurlingham Open in 1966, alongside brothers Horacio and Alberto Pedro Heguy, members of Coronel Suarez, the first ever team to reach 40 goals (it was composed of two pairs of brothers, Juan Carlitos and Alfredo Harriott, and the two Heguys). The Duke was a huge fan of Coronel Suarez.

Alberto Pedro Heguy recalls that special event: “In 1966, the Argentine Association of Polo asked Daniel Gonzalez, Horacio, and myself to put together a team to play a 30-goal Hurlingham Open with Philip. The Harriotts put a lineup together, that included Alfredo, Juan Carlitos, Gastón Dorignac and Gonzalo Tanoira. We qualified for the final, where we were going to play against an English team, that included Lord Patrick Beresford and Patrick Kemple. We thought that in playing against an English team, the Prince would let us down. But before the game started, he summoned all of us and said, ‘I want to let you know that I have a special interest in winning this match today.’  In the end, we defeated the powerful English team 15-5, but we then lost the final against the Harriotts in the last minute. We provided the Prince with horses, and he played very well.”

While in Argentina, Philip played at the Hurlingham Club and Club Hípico Militar San Jorge, where he was always warmly welcomed. To express his gratitude, Philip donated a trophy to the club, known as the Duke of Edinburgh Trophy. It is presented every year to the winners of the opening tournament of the Argentine Spring Season at Palermo: the San Jorge Open.

In 1971, at 50, Philip retired from playing polo. He continued to support the game, frequently being seen at the Royal Box at Guards Polo Club alongside the Queen. He also presented the Coronation Cup on several occasions. Once he stopped playing polo, he decided to focus on carriage driving, a passion he shared with his granddaughter, Lady Louise Mountbatten, daughter of the Earl and Countess of Wessex, Edward and Sophie. ‘When I was done with polo I thought – OK, I have the horses and the carriages, so why not give it a try? I started in 1973, and I still do it,” said Philip in an interview with Alan Tichmarsh, for All The Queen’s Horses TV show.

In addition, his position as President of the International Equestrian Federation allowed the Duke to contribute to a set of rules for international carriage competitions. He wrote a book on the issue, and represented the United Kingdom in various events.

As well as being a remarkable polo player, the Duke was also Patron of the Hurlingham Polo Association and Founder and President of one of the most prestigious polo clubs in the world: Guards Polo Club. He held that position since the club was founded, in 1955.

For several years, the cavalry officers used to play polo at Cowdray Park, in Midhurst, West Sussex. Among those attending the club were Philip and Elizabeth. However, in those post war years, travelling from Windsor to Sussex was no easy feat. So Major Archie David, a renowned tea producer and one of the officials who used to play at Cowdray Park, invited his friends to play at his home, Friar Park, set in Henley-on-Thames, near London.

Another of those polo friends, Major Marquis Douro, brought up the possibility of playing near Windsor. Philip liked the idea, because he wanted to play polo close to home. In 1954, the officials asked the Queen for permission to play there. Her Majesty is also passionate about horses, so she accepted, and suggested they use Smiths Lawn, the land around Great Windsor Park. Work on the two grounds started in 1954-55. The grounds were called Number One and Number Two, they were renamed The Queen’s Ground and The Duke’s Ground, respectively, only in later years. In the meantime, Lord Douro asked Lord Patrick Beresford to prepare the grounds, to play the first chukkas. Lord Beresford, who learnt to play polo at Sandringham, was one of the polo friends of Cowdray and Henley.

The Household Brigade Polo Club was born on January 25, 1955. In that year, the club hired Argentine professionals, Tito Lalor and Alfredo Harrington, and by the late 50s, other members had joined, such as Harold Bamberg, David Brown, Hilton Nicholas, Peter Palumbo, Billy Whitbread and Jim Withycombe. Archie David provided several horses for the club, and around 20 Argentine horses were added, too. The first ever tournament played at Guards was a medium goal competition called the Royal Windsor Cup. Five years later, in 1960, Guards founded the club’s most prestigious tournament: The Queen’s Cup.

Low goal polo also has a place at Guards, with the Archie David Cup – originally named Friar Park Cup, after Major David’s home, which was purchased by The Beatles’ guitar player George Harrison in 1970. Following Archie David’s death in 1972, the cup was renamed after him. Presently, the club has several grounds, the most recent of which is the Castle Ground, in Flemish Farm. The ground is one of the club’s most spectacular, not only because of the the high level of polo it hosts, but because of its wonderful views overlooking to Windsor Castle.

The Household Brigade Polo Club changed its name to Guards Polo Club in 1969. Since its formation in 1955, Prince Philip’s creation has become one of the most prestigious polo clubs in the world. His Royal Highness Prince Philip Duke of Edinburgh left a remarkable legacy in the history of the sport, and he will be missed deeply.

A tribute to HRH Prince Philip Duke of Edinburgh