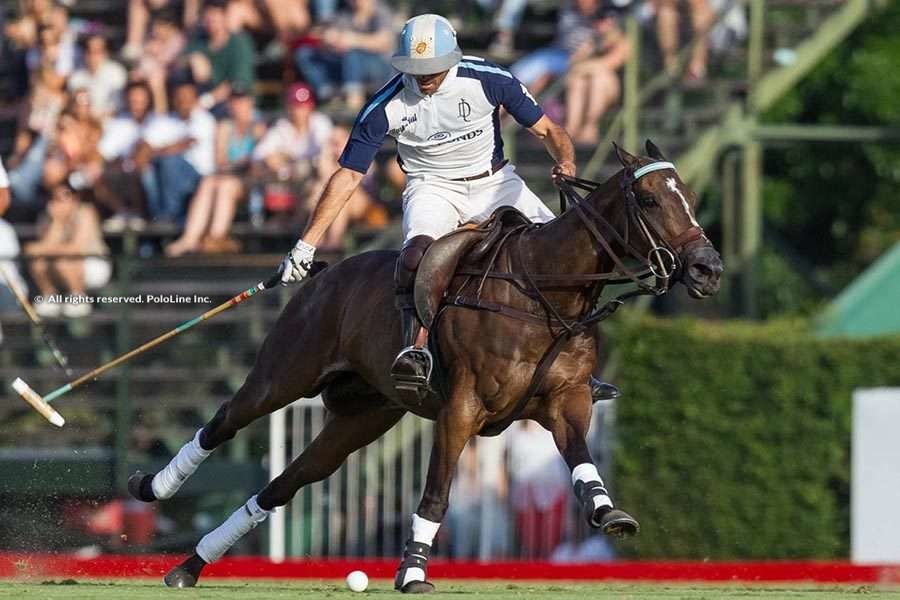 Currently in Pilar, waiting to travel to England to play the upcoming polo season, Chilean Jaime García Huidobro is preparing for his upcoming challenges in Britain, where he is due to play both the high goal and the medium goal.

García Huidobro spoke to PoloLine about his ideal horse list, which he shared in an Instagram challenge taken by several high goal players and polo fanatics. “I took the idea from an article written by Cucho Garrahan”, says Jaime, adding: “There are many mares I never had the opportunity to see play live, so that’s how the first list came up, naming the best eight mares you’ve seen playing live at Palermo.”

The aforementioned Patricio “Cucho” Garrahan, stated: “These horses are practically from the same generation, a kind of golden generation. The eight of the list formed a remarkable player-horse partnership that set the path. Today, only Chequera and Guillermina are still playing, with the latter being 16-years-old.”

“Many players liked the challenge and wanted to do it,” says García Huidobro. “The idea was to add younger players as well, those who play or have played the Open. A total of 60 players voted for this first list.”

From this first list, García Huidobro, who has played the Argentine Open on several occasions, reached many conclusions. He claims: “Many things surprised me, because many of them came naturally, with no rules at all. For example, the eight horses belong to eight different players. Another thing that caught my attention was that almost all these horses have remained with the player since the early stages of training. Also, I noticed that most of these horses were not prized at Palermo in the latest years. And last but not least, it is interesting to note the dominance of the Sportivo bloodline.”

Following the positive feedback this proposal had, a second list came up – today’s best horses, a list which includes at least one horse that did not play the 2019 final at Palermo.

“The stand outs from this list are the Cuartetera clones, as well as the strong presence of Sportivo, again,”  continues García Huidobro. “We can also see a dominance of horses belonging to Adolfito and Facundo. While one would think that this list shouldn’t include one that didn’t play the Palermo final, Facundo Sola’s Cachiyuyo Sportiva was among the chosen ones.”

With another set of guidelines, a new category was put together, listing horses that made their Palermo debut in 2019.

“This list was the most fun to do because it had a lot of variety. It also showed that there have been a large number of horses that made great debuts at Palermo last year,” states García Huidobro. “This implies that they will do a lot better this year. This list should be kept at hand, because any of these horses could be the next great winners.”

More lists could come up, of course, but for now, García Huidobro concluded: “Beyond each list and the expectations about the horses that will make their debut this year, or even how those who made their debuts in 2019 will perform next season, I am impressed by the personality shown by the younger players, such as Jeta Castagnola or Felipe Dabas, who look for an accurate style both in each list they made and the horses they chose. Despite their young age, they already know what they want.”