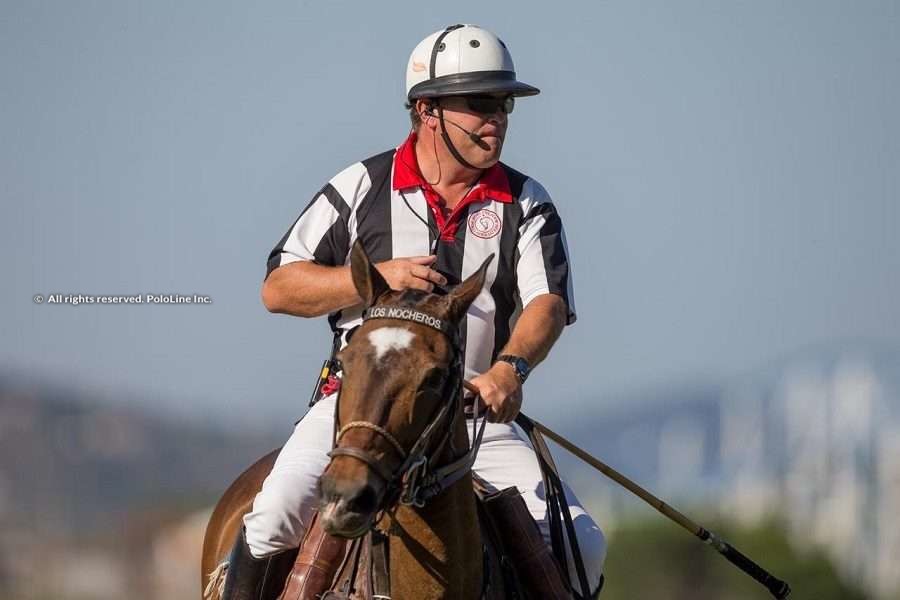 The polo world rejoiced on Saturday following the HPA’s statement that competitive polo could commence. As action begins, a set of rule changes based on social distancing guidelines will be enforced.

“I was asked to form a committee of umpires, club managers, and players to review some potential rule variances to start to get polo up and running when it was permitted, whilst abiding by all government policies,” Tim Bown, one of the four high goal HPA umpires, told Pololine.

“We utilised a combination of rules from all the different polo variations that we had all been involved in over the years including arena, snow and Polo in the Park,” continued Bown.

With the first matches of The Prince of Wales Trophy at the Royal County of Berkshire Polo Club around the corner, it has been announced that the rule changes will apply until further notice. “These variances have been taken very positively and the polo is open and flowing,” says Bown. “We believe they are logical and easy to understand.”

“We are constantly reviewing all our protocols and variations,” he continues. “All of this revolves around the safety of everyone who attends and follows the strictest guidelines and protocols. As officials we are responsible to make sure that everyone on the field abides by social distancing rules at all times when possible. Off the field of play clubs have dedicated Covid-19 officers who make sure all rules and protocols are adhered to at all times.”

-CHANGING ENDS: Teams will only change ends at the end of each chukka.

Except for the last chukka all chukkas shall be played to the 2nd bell unless a goal is scored after the first bell, which will signal the end of that chukka.

If a whistle is blown for a penalty during the last 5 seconds, 5 seconds shall be allowed for the execution of any penalty. If ‘no foul’ is agreed, then play shall continue only for the time remaining when the whistle was blown.

The last chukka will end on the first bell if a team is winning. If teams are tied, play will continue until a goal is scored or the second bell and the 5 second rule as above shall apply.

-START OF PLAY: The team that wins the toss may choose which way to play or to start the game with a hit from the centre of their own 60 yard line as per a knock in. All chukkas will start this way with teams taking alternate hits having changed ends.

-RESTART AFTER A GOAL: Play will restart with a hit in by the defending team. The clock will not stop and the umpire rather than the goal judge will place the ball after 20 seconds on the 60 yard line opposite the centre of the goal. He will then call play and the player must play the ball within 5 seconds without re-placing it. The opposition must be 30 yards from the 60 yard line. A player shall be onside if he enters the field of play beyond the 60 yard line where the restart is being taken or is put onside by one of his own players.

-RESTART OF PLAY WITHOUT LINE-UPS: If play is stopped and the normal result would have been a

line out for a throw in, the umpires will now restart play as follows:

*If a player had clear possession of the ball and was not being challenged by an opponent when play was stopped a “Fair Play Dropped Ball” will be called. The opposition must be 30 yards away when the umpire drops the ball where it was when the whistle was blown. The ball is in play when it hits the ground. If the ball was within the 60, the Umpire will award a “fair drop” on the 60 yard line in line with where the ball was when the whistle was blown.

*If the team taking a free hit or penalty fails to carry out the correct procedure, the team facing the hit shall be awarded a Penalty 5a from the spot where the hit or penalty was due to be taken. In the case of a delayed knock in, it shall be from the 60 yard line opposite the knock in.

-BALL OUT OF PLAY: No player may make any contact with another player whilst the ball is not in play.

– EQUIPMENT: All umpires should bring their own Face Covering, Gloves and Sanitising product and use their own equipment (Hat, Whistle, Cards, Pick Up Stick, and Shirt). If this is not possible, any equipment supplied must be disinfected (with a suitable COVID 19 product) by the Club before and after re-use. If Radios are to be used, then the umpire must bring their own headset or the club must supply a set to be kept (temporarily) by the individual. If this is not possible, Radios are not to be used.

– PONIES: Teams Captains are required to organise and provide two ponies for all 15 goal matches and above. Below this level only one need be provided. A pony that has been played or has umpired four chukkas should not be used to umpire without a significant break. A pony to be ridden by an umpire must be equipped as for playing except that the tail need not be put up. Ponies must be safe and suitable to umpire the level being played and should an umpire deem that the pony offered is unsuitable then the team must provide a replacement.

*The Pony must have all tack disinfected (with a suitable COVID19 product) and presented to the umpires by a person wearing a face mask 15 minutes before the scheduled game start time.

*The ball bag must either belong to the umpire or be supplied direct to him from a match official. The pony must not be presented with the ball bag already attached.

– BALLS: All balls must be disinfected (with a suitable COVID19 product) before and during any polo session which involves either training Marshalls and/or Goal judges. The recommended procedure should be 3 points of collection, from 3 nominated officials (which may be a goal judge) placed in a central position and behind the goals at either end. Balls should be kept in disinfection tubs at these collection points to ensure the safety of all officials.