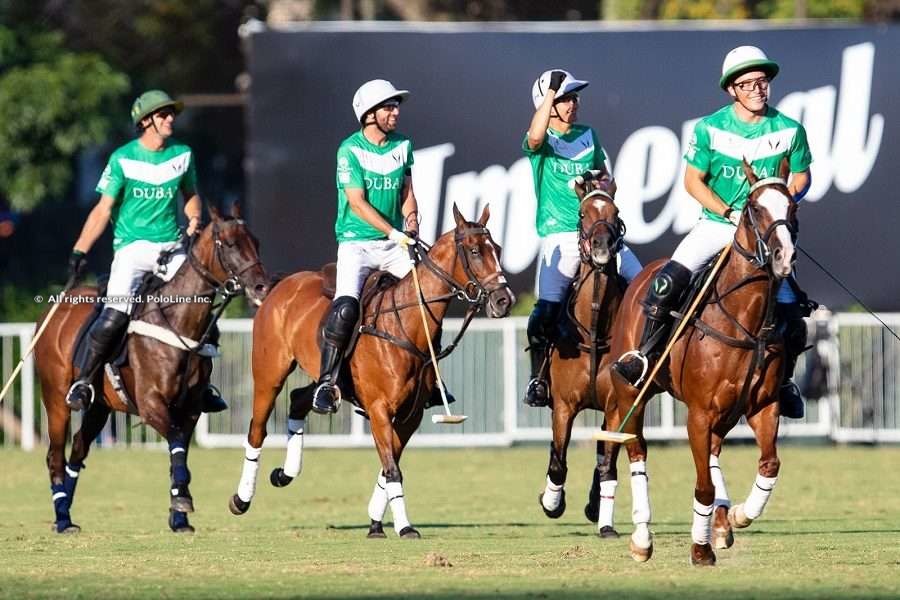 A spectacular 2021 is coming to an end. Take the last snapshot of the year: La Natividad winning their first Argentine Open, a significant achievement for their organisation, through their attractive team play. This moment will will mark polo history for the unexpected result and the fantastic performances.

But many things happened over the polo calendar, from January to December, with numerous teams leaving their mark, winning the most important tournaments around the world and demonstrating their best level of polo.

La Natividad were undoubtedly the best team of the year, based on their results and performance. The foursome composed of Castagnola brothers, Barto and Camilo, Polito Pieres, and Nachi Du Plessis, maintained their 2020 line up, demonstrating that they are able to battle it out in the big leagues. While they had to overcome tough obstacles, such as losing to La Ensenada in the Tortugas Open, the most important tournaments in the world – the Hurlingham Open and the Argentine Open – belonged entirely to them. As if that was not enough, they put two different lineups together to win the San Jorge Open (Barto Castagnola, Lolo Castagnola, Poroto Cambiaso, Lukin Monteverde) and the Junior Open (Barto & Camilo Castagnola, Poroto Cambiaso, Rufino Bensadon).

Sheikha Maitha’s organisation showed a great development in their infrastructure, putting strong teams together in three different countries: United Arab Emirates, England, and Argentina. They left their mark in all three seasons, their highlight of the year being winning the Queen’s Cup, with a lineup that included Sheikha Maitha, Polito Pieres, Tomás Panelo, and Tommy Beresford. Together, they also qualified for the final of the British Open Gold Cup. Also in England, they claimed the Ladies British Open (Juana Lavinia, Millie Barfoot, Catalina Lavinia, Hazel Jackson) and the Guards Ladies Charity Polo. In Dubai, they played the final of the IFZA Silver Cup and the IFZA Gold Cup (Sheikha Maitha, Lukin Monteverde, Tomás Panelo, Temi Willington) as well as the Dubai Challenge Cup. Argentina saw them claim the Pilar Cup (Lukin Monteverde, Alfredo Cappella, Lerín Zubiaurre, Matias Torres Zavaleta), and come second in the Argentine Women’s Open. It was definitely an unforgettable year for the organisation that sees Lucas Monteverde as their driving force.

Australian David Paradice and his team made a historic debut in the Gauntlet of Polo, with Paradice playing alongside Adolfo and Poroto Cambiaso, and Peke González. They won the most coveted tournaments in the US: the USPA Gold Cup, and the US Open. Scone continued playing in England with the Cambiaso duo and Isidro Strada, qualifying for the final of the Queen’s Cup, which they lost to UAE.

The global growth of Harald Link’s organisation could be seen once again in their remarkable season in England. After many years of hard work, Thai Polo hired the talented Hine brothers, Ned and Louis, who, alongside Alejandro Muzzio and Rufino Bensadon, won one of the most important tournaments in the United Kingdom – the Prince of Wales Trophy at the Royal County of Berkshire Polo Club. The icing on the cake came at the end of the season, when the Hine brothers teamed up with James Harper and Nico Pieres to win the British Open Gold Cup at Cowdray Park Polo Club.

It is difficult to compare the impact of different teams on a global scale. But when a lineup combines a high level of play with results, acknowledgement is due. Ghantoot not only won the 18-goal IFZA Gold Cup and the HH President of UAE Polo Cup, but they did so undefeated. Ghantoot (Nasser Al Shamsi, Pablito Llorente, Marcos Araya, César Crespo) were, undoubtedly, one of the greatest teams of the year.

Park Place is one of those teams that always goes for more, wherever they play. Andrey Borodin’s organisation is well settled in both the US and UK, and the organisation had a very good 2021, winning the CV Whitney Cup in the US (Jack Whitman, Matt Coppola, Hilario Ulloa,  Juan Britos), and the POW Championship, in England, at Guards Polo Club. They were also the runners up of the US Open.

There’s no question that their main goal was to win the Argentine Open. But the truth is that the Pieres’ family team did not have their best season, mostly due to several injuries among team members, meaning that they could never play with their full lineup. But despite all the trouble, they managed to win the Tortugas Open, with Matias Torres Zavaleta subbing in for Hilario Ulloa, who got injured in the opening match of the tournament. Following a heavy fall in the Hurlingham Open, Ellerstina lost Nicolás Pieres, who was not able to get back on the saddle again that season. His place was taken by Alfredo Cappella. While Cappella meshed well within the team, Ellerstina were unable to qualify for the finals at Hurlingham or Palermo.

An unforgettable year for the Aznar’s family organisation, who returned to the high goal in Sotogrande after competing with great success in France. Their year started with a win in the King’s Cup, in Madrid, and they closed it at their best – as Alejandro Aznar, Guillermo Caset, Santiago Cernadas and Cruz Heguy claimed the Gold Cup in Sotogrande, after defeating Ayala in the final.

The lineup composed of Gabriel Aguirre, Nicolás Álvarez, Gregorio Gelosi, and Alejandro Muzzio is among the most remarkable teams of the year because they took on the medium goal Silver Cup and Gold Cup in Sotogrande, overwhelming their contenders through their powerful playing skills and horse string.

Nina Clarkin’s comeback to the most important women’s polo competition was crucial to La Dolfina’s success. The organisation had lost the two previous editions of the Argentine Women’s Open, but with the help of the English player, who joined Mia Cambiaso, and Candelaria and Milagros Fernández Araujo, they were able to take an impressive victory over El Overo UAE in the final of the Argentine Women’s Open, winning the title for the third time.

– Habtoor: The lineup comprised of Mohammed Al Habtoor, Juan Jauretche, Felix Esaín and Facundo Sola claimed the IFZA Silver Cup, one of the three most important tournaments of the season, and broke the 7 year curse.

– Diamond Paints: Ramiro Zavaleta, Rauli Laplacette, Mir Huzaifa Ahmed and Saqib Khan Khakwani were the champions of the Pakistan National Open Polo Championship, one of the most competitive 14-goal tournaments, in a destination where the passion for polo is, perhaps, one of the biggest in the world.

– Ayala:  They won the High Goal Silver Cup in Sotogrande unbeaten; they repeated their victory in the Gold Cup, despite losing Benjamin Panelo in the final due to an injury and were losing to Marqués de Riscal. Iñigo Zobel, Polito Pieres, and Santiago Laborde, completed the lineup.

– La Dolfina: For the fifth consecutive year, they put two teams forward in the main draw of the Argentine Triple Crown. They weren’t able to secure a title, but they reached the finals at Tortugas and Palermo.

– La Ensenada: Winners of the Jockey Club Open and runners up at Tortugas, Juan Britos, Alfredo Bigatti, Juan Martín Zubía and Jero Del Carril won’t be forgetting their win against La Dolfina on Palermo’s number one ground any time soon.

– La Irenita: Winners of the Cámara de Diputados Cup, the Mac Donough family organisation secured two spots in the 2022 Triple Crown; one team finished in seventh place, while the winner of the Cámara beat Alegria in the playoff.

– Alegría: While they weren’t able to keep their position as one of the top eight teams, the Mannix’s family organisation will never forget 2021, a season where they put two teams forward to compete: Alegria and Alegria Fish Creek.