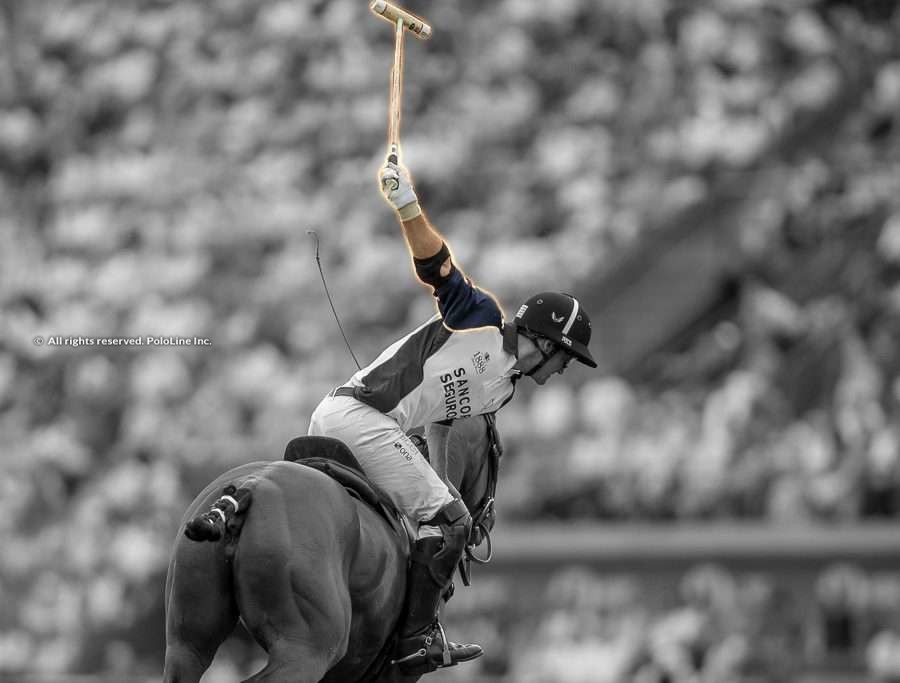 Pillars of Polo: The Hit

Hitting in polo should be an unforced, automated action resulting from the correct execution of the swing and consisting of the other pillars of polo. To improve the strike is very important to know how to interpret all parts of the swing (phases).

The swing, using the same basic principle as seen in many sports, is described as a balancing movement between the pelvic girdle (thighs) and the shoulders.

It is defined as an oscillation of the body that allows the greatest possible impulsion (in this case the ball) with the least possible amount of effort through the coordination and utilisation of the powerful muscles in the torso.

In the swing the mallet is essentially revolving in such a manner that the head takes the force of the impulsion and direction of travel. Any supplementary force applied once the swing is initiated with the idea of increasing the power or changing direction will instead diminish the effectiveness of the strike, something done commonly by beginners.

It is an error to think that you can force the strike at any stage or phase in the swing to get the ball to go further.

All the force that is applied after the commencement of the swing will be useless.

*Would you like to learn how to use a polo mallet correctly, or be able to hit the ball accurately?

Professor Eduardo Amaya will answer to all consultations in a special lesson via Instagram Live with PoloLine on Monday, April 20, at 12pm (local time in Argentina).