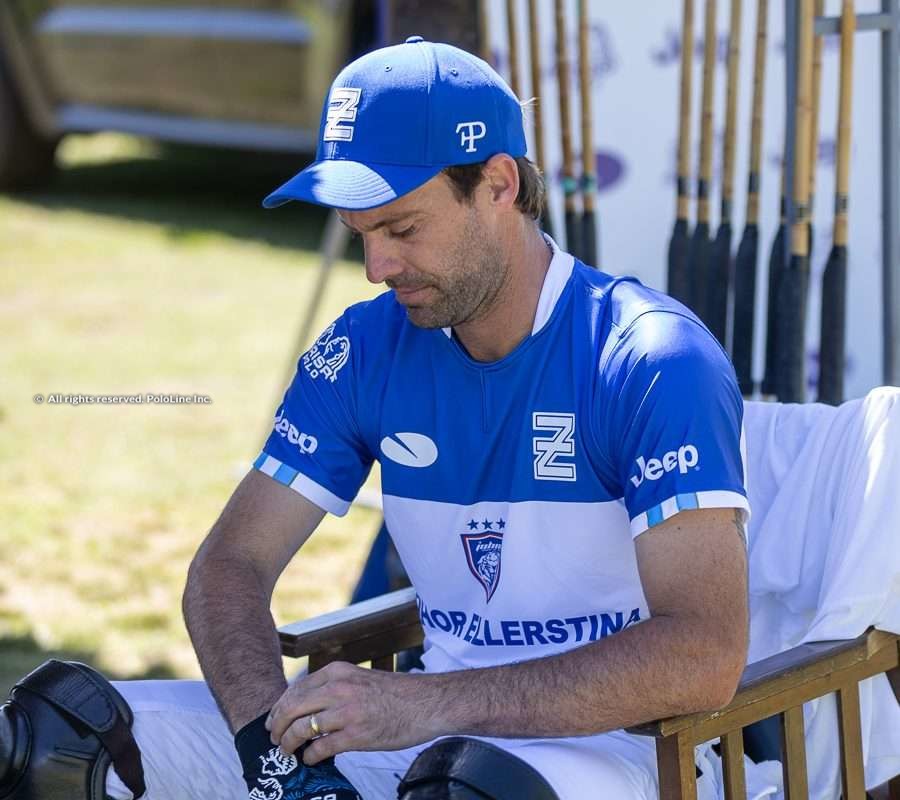 After a look at League A, it could be stated that League B looks much easier to take on, especially, if we consider that Ellerstina (39) will land at Palermo with the biggest motivation, as the winners of the two previous tournaments: the Tortugas Open and the Hurlingham Open. Not to mention their spectacular performance and their unbeaten status. They are the only team eligible to claim the Triple Crown.

Everything suggests that Ellerstina (Facundo Pieres 10, Hilario Ulloa 10, Gonzalo Pieres 9 and Nicolás Pieres 10) will make it to the final of the Argentine Open, where they will fight for a title that has been denied to them since 2012. Having hired Hilario Ulloa was crucial for the Pieres brothers. The talented Lincoln-born 10-goaler meshed well with the team, adding some extra power in midfield alongside Gonzalito, hightening Facundo’s amazing skills and aiding a solid back like Nico. After their performance in Tortugas and Hurlingham, unless something unexpected occurs, Ellerstina seem to be the biggest contenders to claim the coveted trophy.

Facundo Pieres (Ellerstina): “We’ve got to Palermo with high expectations, very focused and very much looking forward to winning. But at the same time, we are well aware that this is a new tournament, the most important one, and the one we want to win the most. We must forget about what we’ve done before so as to achieve our goal. We have to maintain our own system of play, one which give us confidence, and if we do that we will get the best results. I am happy when I play well. When you form part of a team and the team works well, everything is better – you enjoy yourself and have fun. But, we want to take it step by step. We are aware that we won’t be playing against tough teams like La Natividad and Murus Sanctus. But, on the other hand, the team must work very well to win Palermo.”

La Dolfina Polo Ranch (33) (Guillermo Terrera 8, Juan Britos 8, Diego Cavanagh 9 and Jejo Taranco 8), second pre-qualified for the league, and is the only team to directly enter the Triple Crown with the advantage of maintaining the same lineup as in 2019. Over the years, they have demonstrated a very good level of play. This season, they qualified for the semifinals of Tortugas, but they faltered in Hurlingham, so Palermo could go either way

Diego Cavanagh (La Dolfina Polo Ranch): Our goals for Palermo are to try and win as much as posibles. We are aware that all the teams are very even and that we have to play against Ellerstina, who have already won Tortugas and Hurlingham. But we are very confident, happy and motivated. I’ve also seen that everything is changing, and there are more competitive teams. The bar has been raised, and it will be a very good Palermo.”

Los Machitos (31) will make their debut at Palermo as a team, with a lineup that will see 7-goaler Mariano Aguerre’ make a comeback to the place where he was crowned champion nine times. He is joined by Agustín Merlos (8), and the Toccalino brothers, Ignacio and Santiago (both 8-goalers). While Mariano was unable to play in the last few matches due to injury, his comeback to Palermo will be very significant. While the results so far have not been those expected, Los Machitos will have the chance to redeem themselves in the Open and keep their place in the 2021 Triple Crown.

Agustín Merlos (Los Machitos): “It is quite difficult to talk about how is Los Machitos is currently doing, because we got off to a bad start. Two days before the first game of the Tortugas Open, Mariano suffered and injury. We barely played 4, 5 chukkas together before he had to leave. And that was it. Now, we have played a couple of practices with Mariano and we did very well to make it to Palermo. We are very motivated, very much looking forward to playing. While we have not been able to play together as much as we wanted, we are doing OK in terms of the horses. We have had to manage the horses carefully so as to make sure that they are in the best conditions for this very short season, one that started very late.”

Two of the strongest organisations of Argentine polo joined forces to put a team together that has done very well so far. La Ensenada La Aguada (29) sees an Argentine Open debutant, 6-goaler Segundo Bocchino. He is playing alongside Alfredo Bigatti (8), Matías Torres Zavaleta (8) and Jerónimo del Carril (7). They have shown a good and solid system of play, which led them to win the Sarmiento Cup and the Drysdale Cup, the Subsidiary Trophies of the Tortugas Open and the Hurlingham Open, respectively (both played on handicap). The victories have been a big motivation for this young team who not only have the talent, but also the support of two of the finest organisations: La Ensenada and La Aguada.

Nachi Heguy (La Ensenada La Aguada coach): “La Ensenada La Aguada’s aim is to get as high up the league as possible, maybe qualifying for the semifinal. Palermo is about dreaming a bit, but the truth is that that is our goal. We are aware that we have three games where we can either win or lose, but they are not impossible. The team has been doing very well, only losing two games, and both against La Dolfina. In terms of the favourites to win the Open, I think there are two. One is La Dolfina, but we have to wait and see how they perform after their injuries. I think the will be OK. And the other is Ellerstina, obviously.”

Finally, an “old new team” has made its way back to Palermo: Cria GT (32), formerly Cria Yatay. Valerio Zubiarurre (8), Cristian Laprida (8), Joaquin Pittaluga (8) and Ignacio Laprida (8) are back playing Palermo. They entered the tournament from the Qualification Tournament, and their aim is to qualify for the 2021 Triple Crown. It is not an impossible task for them, because not only have they been playing together for several years, but they also amassed much experience competing in the Argentine Open over four consecutive years.

Joaquín Pittaluga (Cria GT): “Our hope is to play well and win as much as possible, so that we can qualify for next year’s Open. We feel really good and we have much better horses. I am currently struggling with a pubalgia, but we have a great replacement, Tomás García del Rio, a great friend who has helped us out for years.”

The Argentine Open kicks off on Saturday November 28: