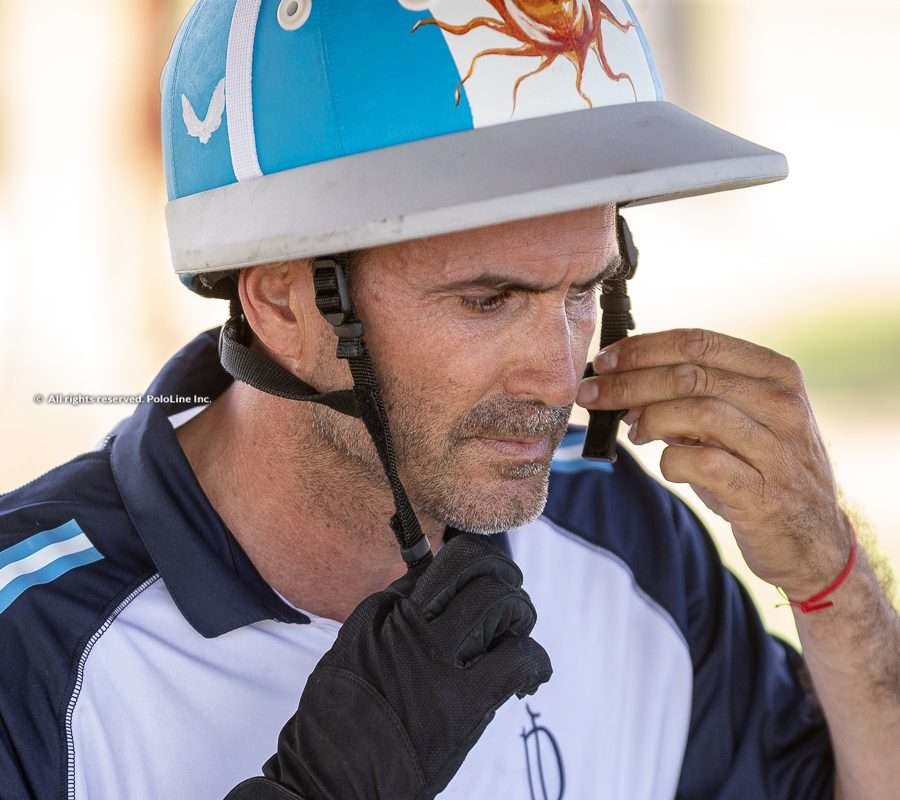 Palermo, League A: The Death Zone

League A of the 127th Argentine Open, better known as “the death zone”, is perhaps the most challenging because the draw includes three of the toughest teams of the tournament: La Dolfina Saudi, La Natividad Las Monjitas and RS Murus Sanctus. They are joined by the two La Irenita teams (I & II), the second of which stepped into the Open from the Qualification Tournament.

After struggling throughout the season with injuries, title holders La Dolfina Saudi (Adolfo Cambiaso, David Stirling, Pablo MacDonough and Juan Martin Nero) will finally be able to play with their original lineup at Palermo. The Cañuelas-based 40-goal team had a lot of trouble this season as several injuries affected three team members (Juan Martín Nero broke his collarbone and wrist, while Pablo Mac Donough and Pelon Stirling pulled muscles). This obliged them to play the Tortugas Open and the Hurlingham Open with “patchwork” lineups that included Poroto Cambiaso, who had just turned 15-years-old. Therefore, La Dolfina will fight to reach the final, a spot they have earned continuously since 2005.

Adolfo Cambiaso: “We always play to win, but the injuries complicated everything. We managed to reach the final of the Tortugas Open, however, and the semifinal of the Hurlingham Open, which is quite an achievement. Palermo won’t be easy, with Juanma out of rhythm. But at the same time we work together naturally, and that gives us hope. Also, I feel very comfortable playing on ground 1 at Palermo, because I’ve won so many important games throughout my career there. However, it is a pity that no spectators are allowed to watch due to the pandemic.”

One of the strongest contenders in this league is La Natividad Las Monjitas (Camilo Castagnola 8, Polito Pieres 10, Barto Castagnola 9 and Nachi du Plessis 9). The 36-goal foursome, last year’s newcomers, are ready to take Palermo by storm and continue improving. After hiring Polito, as well as joining forces with Camilo Bautista’s organisation, La Natividad Las Monjitas have been on and off. They lost the final of the Sarmiento Cup, the Subsidiary Trophy of the Tortugas Open, yet qualified for the semifinals of the Hurlingham Open. Their goal will be to improve their performance in the Open so as to get a more satisfactory result.

Lolo Castagnola: “The team is improving. It’s is very nice to play at Palermo, despite not yet being at our best. We’re working to improve a few things in terms of horses, so that they are all in the best shape possible. We are not putting extra pressure on ourselves: You are not the best if you win, and neither are you are a failure if you lose. That’s what I tell the boys all the time. You have to play polo, do your best, and then everything will flow.”

RS Murus Sanctus (35) is, undoubtedly, the biggest news of this year. Corinne Ricard’s organisation not only put a great team together (Facundo Sola 9, Francisco Elizalde 8, Guillermo Caset 10 and Alfredo Cappella 8), but they have also improved their performance in such a way that they even put La Dolfina out of the Hurlingham Open final. But beyond their results, RS Murus Sanctus have shown that they are ready to conquer bigger things.

Facundo Sola (RS Murus Sanctus):  “When we put this team together, we aimed to make it work as fast as possible, but we obviously never thought that it would work so well in such a little time. In a normal season, you start to play in September; but with all this mess going on, and the season being shortened more and more, we decided to work faster in order to make the team work. One good thing about our team is that we are all playing in our natural positions, and that’s why we all know exactly how to play. We played very good games; we reached the final of the Hurlingham Open, which has been very helpful. I think we have a good team, so we have to go step by step, and the results will come.

We have a very tough match ahead, against La Natividad. We already played against them in Tortugas. Now, we will meet them on the field again. They are looking forward to it, and we are looking forward to it, too. Then, we will play the two Irenitas, two teams both in their first year together. And finally, La Dolfina, with the complete lineup. As I said before, the idea is to take it step by step. The first will be very special, against La Natividad.”

Completing League A are two La Irenita lineups. One qualified directly to the Triple Crown while the other entered the Open from the Qualification Tournament. Out of both teams, four players will be making their Argentine Open debut. In terms of La Irenita (30), 7-goaler Martín “Min” Podestá, will be the debutant, joining Facundo Fernández Llorente 7, Juan Martín Zavaleta 8 and Juan Martín Zubía 8; while La Irenita II (29) includes three newcomers – Santiago Loza 7, Tomás Fernández Llorente 7 and Pedro Falabella 7 – with Tito Ruiz Guiñazu being the experienced player of the four. It is worth noting the presence of the Mac Donough family, with two teams from their organisation playing Palermo.

Min Podestá (La Irenita): “While we are in a very tough league, our aim is to play well and have fun. The idea is to do our best against La Dolfina, La Natividad Las Monjitas, RS Murus Sanctus, and try to defeat La Irenita, so as to have a chance to qualify for next year’s Triple Crown. We are very much looking forward to playing the Open; we are very motivated. On a personal note, playing Palermo for the first time is a dream come true for me. I want to give my best so that I can continue playing at this level.”

Tomás Fernández Llorente (La Irenita II): “My goal, and those of my team mates who are also playing Palermo for the first time, is to learn and improve. Our team is formed of three boys and a very experienced player. We hope to qualify for next year’s Triple Crown, but we know it’s difficult. There’s a small chance, but otherwise, my aim is to learn and and do my best. We made it to Palermo after playing very well in our two Qualification matches. Personally, this is a dream come true – one of my goals in life. We have made it here after much hard work, and with a lot of competition, so it is a great achievement, and we have to enjoy it now.”

The Argentine Open kicks off on Saturday, November 28: