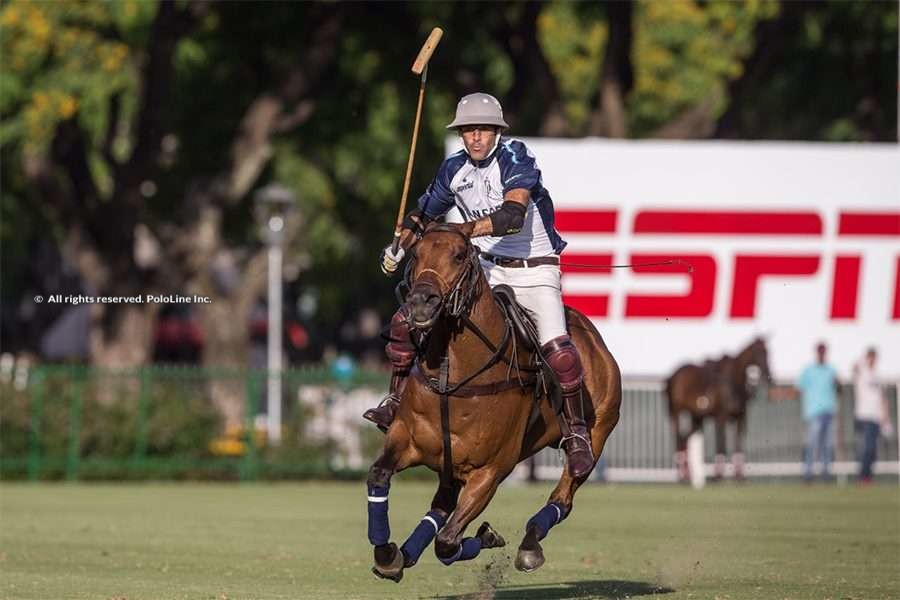 Oli Chicha: a tribute to a very special mare

An unexpected news shocked the polo community – the departure of Oli Chicha, maybe the best mare ever played by La Dolfina’s back, Juan Martín Nero.

Oli Chicha was born on December 31, 2003 (Fax Banquero x Yazmín), owned by Juanma himself and her breeder, El Caburé S.A. Juanma and Oli Chicha are remembered as one of the most powerful duo within high goal polo – an extraordinary player riding an extraordinary mare.

“It is very, very sad, when things like this happen it’s terribly painful. It hurts when you lose any horse, and it hurts even more when it’s such a special mare as Chicha, who was so important for me thoroghout my career”, a very moved Juanma told to PoloLine.

And he adds: “Oli Chicha was one of the best, maybe the best mare I rode in my whole life. She was spectacular, really powerful. She won many awards – the best mare of the season in England, took BPP honors at the Queen’s Cup as well as in Hurlingham and Palermo, and was nominated several times. And she was the best Polo Argentino Bred of the 2015 season in Argentina”.

A horse and a polo player come together as a whole; that’s why a polo player could be called a “centaur” – the horse forms a part of the player’s body. But sometimes there are such special horses, like Oli Chicha was for Juanma. “I will miss her very much, but fortunately, she left some breeding. I am currently playing Chicharra, though owned by Valiente is Chicha’s foal; I have one in train, a clone was born also. I hope they resemble a little to her”, he concludes.

As we said before, Oli Chicha was an extraordinary mare not only for her performance but also received many awards and renowned in Argentina and worldwide:

PoloLine pays tribute and bids farewell to one of the best mares of all times, and send a warm greeting to Juanma Nero and El Caburé S.A.