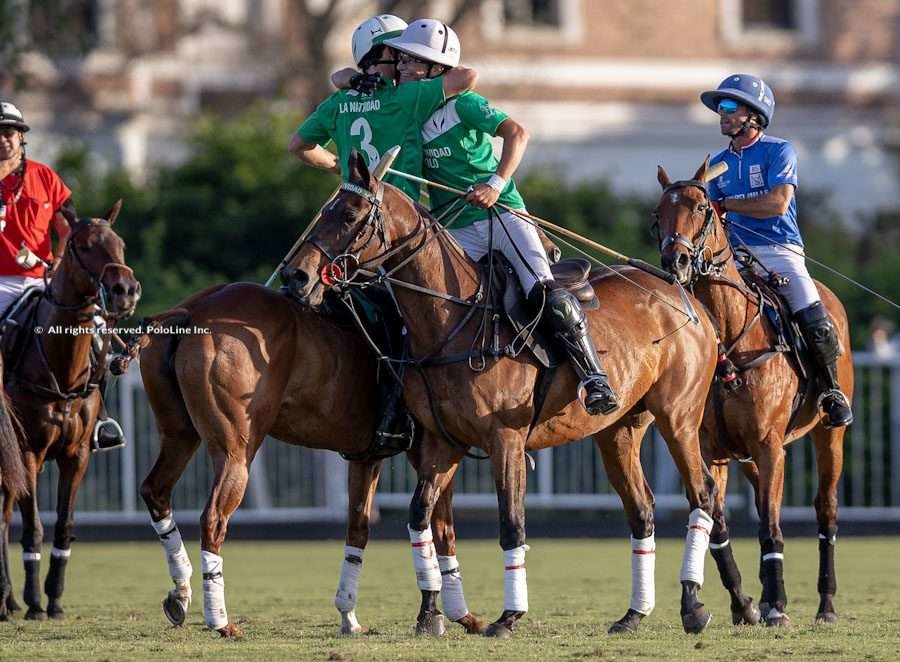 La Natividad: History in the making

To be a contemporary of the greats is a privilege for sports fans. Those of my generation had the possibility to follow every the career of superstars like Lionel Messi, Emmanuel Ginobili, Roger Federer, Usain Bolt, and Michael Phelps. Moreover, we are able to follow the career of formidable polo players like Adolfo Cambiaso, Facundo Pieres, Juan Martín Nero, and may others.

Barto and Jeta Castagnola’s growth and improvement over the past years has indicated that they are on that path to greatness, too. From 2019 onwards, they stepped onto the main stage of international polo, winning tournaments in the United Arab Emirates and England, including the coveted British Open Gold Cup. They crowned that year qualifying for the Argentine Open. Their games attracted crowds of people, but all that was only a glimpse of what happened on Saturday, when La Natividad won their first ever tournament of the Argentine Triple Crown.

The future is bright for the Castagnola brothers, they are young, and showing remarkable growth and improvement. In the latest Hurlingham Open, they defeated two powerful teams: La Dolfina and RS Murus Sanctus. In the final, they left absolutely no doubt as to their strength. They maintained the advantage throughout match, knowing exactly how to handle the game. Polito Pieres and Nachi Du Plessis held their own in the game, merging perfectly with the young brothers.

How then, do you stop a team that is growing every day, a team that fights to win every chukka, and that never gives up? Their accuracy and fierce attack stands out even more, presenting a challenge for any opponent that dares cross their path.

Three years ago, Nachi du Plessis went to La Natividad and told Lolo Castagnola that he wanted to play with his sons. Still doubting whether it was the right moment to do it, Lolo decided to let them play the Qualification Tournament in 2019. To prepare for the occasion, the three of them signed up to played the English season together. They ended up winning the British Open Gold Cup. Beyond the achievement, the team worked very well, and they were focused on the goal at hand: quqalifying for Palermo. “You wouldn’t believe me if I told you that, back then, when I spoke to Lolo, we agreed that our aim would be to fight to win a Triple Crown tournament in three years timem,” Nachi du Plessis told PoloLine after Saturday’s final.

That brings us to Polito Pieres. After playing with his cousins for Ellerstina for five years, he was given the opportunity of returning to a team he knew, having played in La Natividad with Lolo in 2012. But this is a new situation – Polito came back to a team that had a great impact on the 2019 season, but that now was much improved as an organisation. There was a lot of fuss about his position on the field, about his role clashing with Camilo’s. But the team always believed in him; they admired his skills as a player and his character as a person.

This year has been spectacular year for Polito. He won the Queen’s Cup in England, and the Silver Cup in Sotogrande. In the Hurlingham Opem, he gave a remarkable performance in the semifinal against La Dolfina, and in the final against RS Murus Sanctus, both on and off the field. After the first few chukkas, he was heard saying: “I don’t want the word ‘relax’ to be said at all today.” He encouraged his teammates from the start. He was named MVP, a very special and well deserved moment for him. In past years, he has dealt with a large amount of public exposure. When the team he was playing with didn’t work well, everybody got into the habit of blaming it on him. So this victory was worth much more than a title.

A player can be talented, have a whole infrastructure dedicated to the sport, and much more. But to win, support and guidance are equally important. “If you believe you are the best, then it’s over,” says Lolo. “They know that this is all about the horses, that’s the secret.” That has always been the message reaching Barto’s and Jeta’s ears. A large amount of their success is there, in Lolo’s role of keep their feet on the ground, keeping them humble.

It is worth noting that if Camilo Castagnola is raised to 10 goals at the end of the season, he will be the youngest 10-goaler in the history of polo in Argentina. Whether that happens or not, every time he races to the goalposts, it is clear how that play will end. And lest we forget, in his first Argentine Triple Crown final, he scored a grand total of nine goals – all with an injured wrist.

His brother, Barto, is undoubtedly the best number 3 of his generation. He has a strong vision, he is a natural leader, and he always manages to remain calm and reflective. It is a privilege for a polo player to score the winning goal in an important match, and Barto did it twice in the last tournament, against La Dolfina and RS Murus Sanctus, no less.

A thrilling Argentine Open awaits us, arguably one of the most exciting editions in several years. La Natividad was already among the four big contenders for the title, but now we expect even more from them. They found the system they were looking for, and the results are clear to see.