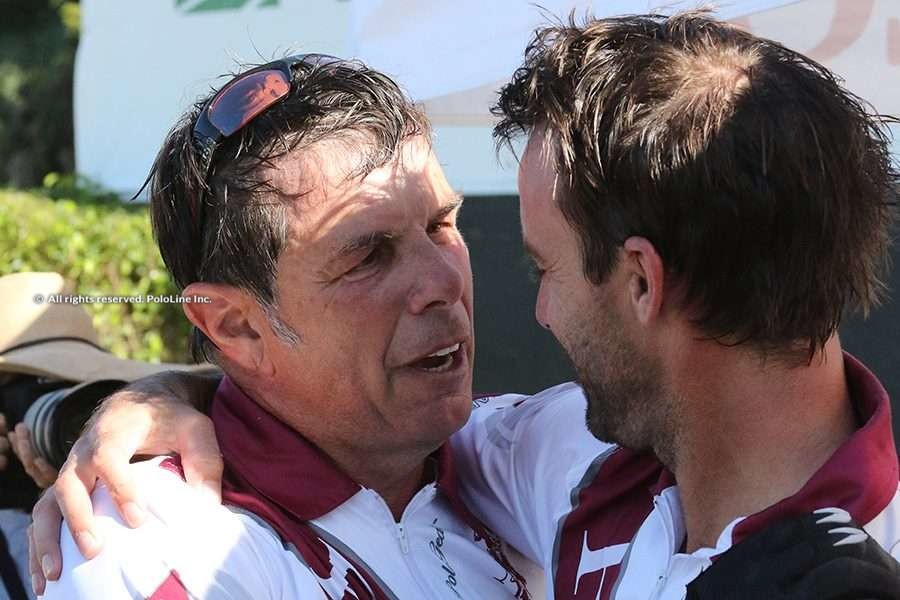 The Argentine Spring Season has just concluded, crowning La Dolfina champions once again, and marking the debut of the  Castagnola brothers in Palermo, but the polo world is already turning its gaze towards the first quarter of the New Year. In some corners of the world, action has already begun. In the States, the Herbie Pennell Cup was set for December 29, but bad weather has unfortunately suspended play.

Also in the Northern hemisphere, Thai Polo & Equestrian Club has begun its 2019-2020 season. Harald Link’s club boasts world class installations, and plays a fundamental role in the development of equestrian activity in South East Asia. The club is also considered a top level equestrian center. In terms of polo, expectations are extremely high. January is jam-packed full of action, with two competitive 14-goal tournaments, which are the most prestigious in the continent: The Thai Polo Open (January 6-18) and the B. Grimm Thai Polo Masters (January 23-February 1). A new edition of the Queen’s Cup Pink Polo, which will see the best players in the world compete, is set for February (18-22). The three tournaments will be covered exclusively by PoloLine, and the finals will be streamed live on PoloLine TV.

This season, Thai Polo will once again host a series of 10-goal tournaments, generating an interesting circuit that was not previously available in the region. The series has already began with the Thai Equestrian Federation Cup, and will conclude in March.

A hop, skip and a jump away from Europe, and also from South East Asia, the 12th edition of the Dubai Gold Cup Series will begin in Dubai. The championship has revolutionised polo in the Middle East, and took the competition in the region to levels that were unimaginable back in 2009. Al Habtoor Polo Resort & Club is set to host the Series, the high points of which are the Silver Cup (18 goals, January 24 to February 7), and the Gold Cup (18 goals, February 15 to March 6). The Dubai Gold Cup Series will be streamed live via Pololine TV, meaning that the action from one of the most dynamic and competitive season in the world can be enjoyed by fans around the globe.

A short distance from Dubai, history will be made in Saudi Arabia, as the country is set to host its first polo tournament. With Amr Zedan and the Saudi Polo Federation at the helm, the AlUlA Desert Polo will be held from January 16 to 18, at AlUla, a UNESCO Heritage Site. The unmissable event will be covered by PoloLine.

Over in the States, another high goal season is ready to rumble. The Herbie Pennell Cup, for 18 goal teams instead of 20 goal teams, was set to kick off the action. The Gauntlet of Polo, which successfully debuted in 2019 with a 22 goal handicap, instead of the traditional 26-goal limit, inspired the USPA to lower the limit of the 20 goal season to 18 goals. The Herbie Pennell Cup will be followed by the Iglehart Cup (January 3-5), the Joe Barry Cup (January 5-12), and finally the prestigious Ylvisaker Cup (January 11-February 2).

Then the celebrated Gauntlet of Polo, previously known as the American Triple Crown, will begin. Defending champions Pilot, led by Facundo and Gonzalo Pieres, will be looking to maintain the titles secured in 2019, where they won every single match they played. But it will be no easy feat, as 13 other organisations will also be looking for the grand prize. The Gauntlet of Polo will commence on February 1st, with the CV. Whitney Cup, and continues on February 22 with the USPA Gold Cup, before reaching its apex on March 21, with the first matches of the US Open, the most important polo tournament in the United States, and one of the top five rated competitions in the world. Pololine will be front and center in Wellington, as usual, covering the whole season.

Also in Wellington, not far from International Polo Club, the second edition of the World Polo League will be held, composed of the four highest rated tournaments in the world, outside of Argentina. These are the All-Star Challenge, Founders Cup, Palm Beach Open and The Triple Crown of Polo. Three La Dolfina players will compete in this series, alongside many other players who partake in the Argentine Open.

At the same time, it is worth paying attention to the action over in Australia, at Garangula Polo Club, and the autumn season in Argentina, which grows more and more competitive every year.

All this and more will be available to enjoy on all of PoloLine’s platforms! NOT TO BE MISSED!