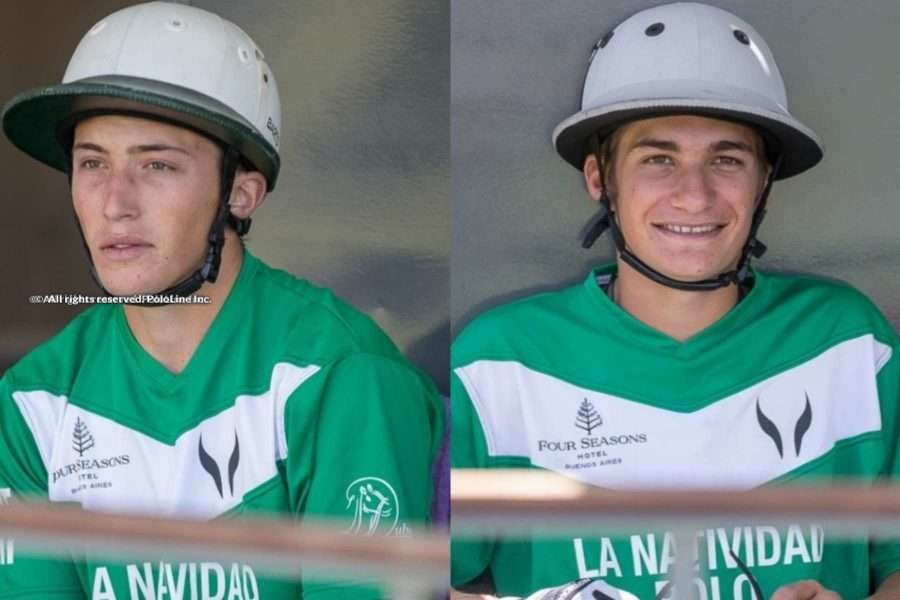 It has been a year of intense moments, with highs and lows. An international circuit that has been at odds with itself at times, with strong organisations going head to head, but a year that has also seen newer teams coming through and defeating the giants, as was the case with Dubai and Scone in England. Among the organisations that have soared above the rest was Pilot, that proved its supreme power in the Gauntlet of Polo, finishing the series undefeated, before going on to win the Jockey Club Open towards the end of the year.

But if we are to consider individual stars— beyond the achievements of the members of La Dolfina at Palermo—then we have to praise brothers Bartolomé & Camilo Castagnola. Of the patrons, we have to merit Curtis Pilot, thanks to the aforementioned achievements of his team, both in the States and in Argentina, where they thwarted experience patrons of the likes of Michael Bickford and Bob Jornayvaz. However, we must also mention the achievements of David Paradice and Prince Mateen, both of who secured their first major titles this year—The Queen’s Cup and The Sotogrande Gold Cup, respectively.

In terms of women’s competitions, this year saw El Overo Z7 UAE take the Women’s Argentine Open, meaning that Lía Salvo, Hazel Jackson and Clara Cassino won their first title in what was their third attempt.

Taking into consideration all the major competitions around the world, The World Polo Tour, the ranking of the international polo circuit, has chosen the most outstanding players of 2019.

It is fair that both players be nominated, as they have won the majority of their titles together. They exceeded expectations this year, showing just how talented they are. They won tournaments in the UAE (President’s Cup), in Argentina (La Cañada Open, High Goal Metro, Medium Goal Metro, Junior Open, among others), and in Spain (Silver Cup). But there were three moments that stood out the most. It was said that they would struggle to make the jump to the high goal, and take on established teams and players, but they did just that in England, defeating 10-goal superstars and excellent organisations to claim the British Open Gold Cup. A few months later, they signed up to play the Qualification tournament in order to make it into Palermo. The tournament was exceedingly competitive, but they flew through it, securing their place in the most prestigious tournament in the world. There was no stopping them from that point onwards; they won two matches with authority and challenged Ellerstina and Las Monjitas. They played well, bringing a breath of fresh air to the sport, and inspiring thousands of polo fans.

If someone had told Curtis Pilot a few years back that in 2019 he would become the most successful polo patron in the world, it is likely that he would have laughed at the idea. But this American patron had extremely high expectations, and that is why he went after Facundo Pieres. In 2018, his aim was to claim the 20-goal, before moving on to the high goal in 2019. Not only did he build an organisation boasting an international level, but in the brilliant 22-goal Gauntlet of Polo, his team reigned undefeated, claiming all three titles. As if that was not enough, he travelled to Argentina in September and won the Jockey Club Open alongside three Pieres brothers, defeating three 10-goal players in the final.

PICK OF THE YEAR: MATÍAS GONZÁLEZ

Matías “Colo” González had an unforgettable year, not only because of the titles he won, but because he was a key player in every one of those tournaments, even being awarded MVP. He found his place in Pilot, a team that held high expectations—and he did not disappoint. As a player he is a valiant fighter, and very talented. But his successes were not limited to Palm Beach; he also won the medium goal Gold Cup with Brunei in Sotogrande.

Lía Salvo, alongside Hazel Jackson and Nina Clarkin, have long composed the “Big Three” of Women’s Polo. These players are the favourites to win every tournament they compete in, no matter where in the world they play. For the past two years, Salvo had tried, but failed, to win the Women’s Argentine Open, but in 2019, she did it. Representing El Overo Z7 UAE, she beat La Dolfina Brava to secure the prestigious title for the first time. Salvo also won tournaments in France and Thailand. She is hard working, talented, and professional, which has led her to become one of the best women players in the world for almost 10 years.