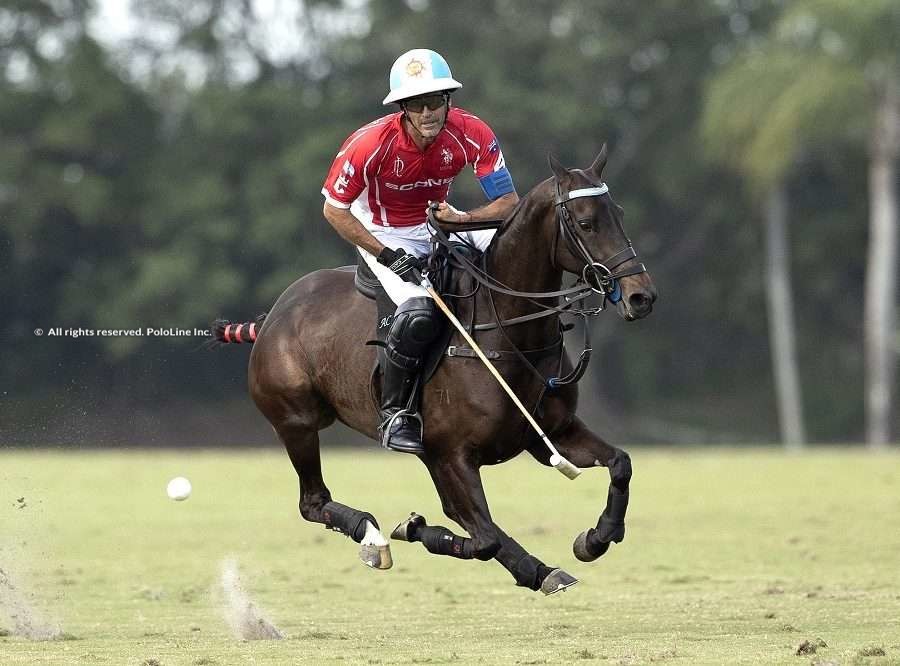 The season in Wellington is in full flow with the US Open Polo Championship entering the final stages, yet the much anticipated polo season in England is beginning to take shape. So far, we are expecting an action packed season, and it is possible that spectators may be welcomed by late May or early June.

Following the announcement that the 22-goal would be rescheduled, it has now been confirmed the high goal will begin on May 13, with at least eleven powerful teams are to compete

As usual, the high goal season in England will begin with the Prince of Wales Trophy, at Royal County of Berkshire Polo Club, where Park Place will play to retain the title won in 2020. Their lineup, however, has changed significantly. Andrey Borodin and his ace of spades, Facundo Pieres, will be joined by an old friend of the organisation, Juan Britos, and a young Brit, Will Harper, who represented the team in the last year’s Queen’s Cup.

Queen’s Cup, title holders, Great Oaks, will be competing in Guards Polo Club’s most prestigious tournament with a lineup that includes two of last year’s members: Dillon Bacon and Barto Castagnola. Playing alongside them will be Guillermo Terrera, and son of the legendary Eduardo Heguy, 17-year-old Cruz Heguy. The latter will be making his high goal debut.

Scone, winners of the 2019 Queen’s Cup, are also strong contenders for a title. Their lineup will be similar to the one currently competing in the Gauntlet of Polo in the US. Australian patron David Paradice will be joined by ten-time winner of The Queen’s Cup, Adolfo Cambiaso. Winners of the last edition of Cámara de Diputados Cup in Argentina, fifteen year old Poroto Cambiaso and Isidro Strada, will complete the foursome.

Due to the pandemic, many organisations missed out on the 2020 English high goal; but several will be making a comeback this year. Thai organisation King Power – one of the strongest and most important organisations to grace the English high goal in the last decade – is back with a lineup composed of Hilario Ulloa, his brother-in-law Francisco Elizalde, and British player Hugo Lewis. They join patron Top to form a very challenging foursome!

UAE, who were also unable to participate in the 2020 season, will be making a comeback to the English season. Sheikha Maitha’s organisation, steered by Lucas Monteverde, will be backing two teams. Sheikha Maitha will be joined by Polito Pieres, his cousin Tomás Panelo, who just turned 21 and has already shown significant growth and powerful skills, and Chilean-Irish powerhouse Tommy Beresford, winner of the 2017 Queen’s Cup, who has grown to be one of the best international players of recent years. UAE Polo will also support another team, composed of young sensation, 15-year-old Lukin Monteverde, Alfredo Cappella, Hugo Taylor, and Chile’s evergreen Jaime García Huidobro.

France will be very well represented in England this season. Corinne Ricard’s Murus Sanctus, who only played the 15-goal and 18-goal in 2020, returns to the high goal. Corinne and her loyal partner, Facundo Sola, will be joined by Sapo Caset and Matt Perry. It is worth noting that Corinne will play the Gold Cup, while the team will be captained by Alexandre Garese, from La Magdeleine, in The Queen’s Cup. The other French organisation competing in the season will be the legendary Talandracas. Based in Cowdray, Edouard Carmignac will join forces with one of the stars of the sport, Camilo Castagnola, with whom he played the 2020 Open de France. A good friend of the Argentine player will join them, young promise Felipe Dabas, as will La Dolfina’s brand new member, Diego Cavanagh.

Schockemohle adds another international team to the season. In 2020, German Patrick Maleitzke made his dream come true, and now he is back in 2021 with the highest expectations. The multinational squad will include Britain’s Jack Richardson, France’s Clément Delfosse and Argentina’s Santiago Tanoira.

Last but not least, Monterosso, a strong organisation which grows stronger each year. As in 2020, they will present two teams in the high goal season: Monterosso and MT Vikings. Monterosso will include Cubi Toccalino (who’s been with the organisation in England since 2017), American Mackenzie Weisz, and Uruguay’s David Stirling, the non-Argentine player to have won more titles in Palermo than anyone other. MT Vikings counts Siri Evjemo Nysveen, Sebastián Merlos (a member in 2020), Juan Martín Zubía and South Africa’s Chris Mackenzie, who is making his comeback to the English high goal after a short absence.

The British high goal season, one of the most prestigious of the international calendar, for both historical reasons and for being so competitive, is taking shape! More teams are expected to join the season in the following weeks. This year promises to be as thrilling as ever, and, if all goes to plan, spectators will be allowed into the clubs once again!