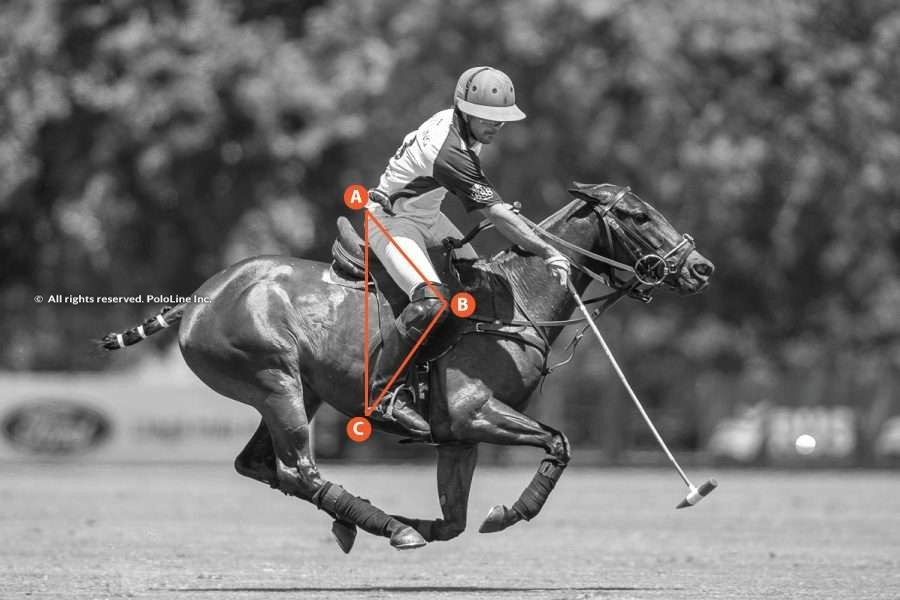 · Is a geometric figure which is formed when we stand up in the stirrups.

· It occurs when a player either partially or fully rises from the saddle, putting all or the majority of their weight in the stirrups.

· The triangle is formed between:

· The shape of the triangle varies depending on the movement of the horse.

· When sitting in the saddle and not using the stirrups, the triangle is not formed.

· By joining points A, B and C, we make a triangle. 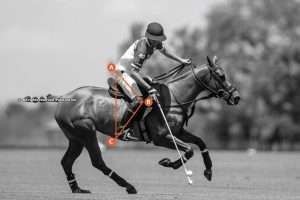 1) The triangle creates a position of balance similar that created in other sports, such as tennis and golf.

2) The triangle also helps with the horse’s balance as it positions the rider close to the withers.

3) The triangle secures the players grip to the saddle from the waist down, creating stability and therefore allowing freedom of movement from the waist up.

4) The triangle position also acts as a shock absorber when checking or stopping the horse, preventing the rider from hitting themselves on the saddle.

5) The triangle allows a player to turn their hips and shoulders during the swing, as well as aiding the rotation of the hips when riding.

7) It helps improve a player’s sensibilities, further connecting the horse and rider.

We instinctively form the golden triangle when we make the transition from sitting in a chair to standing up. 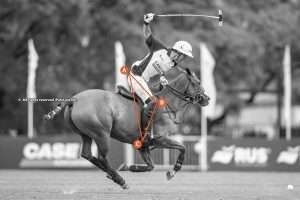